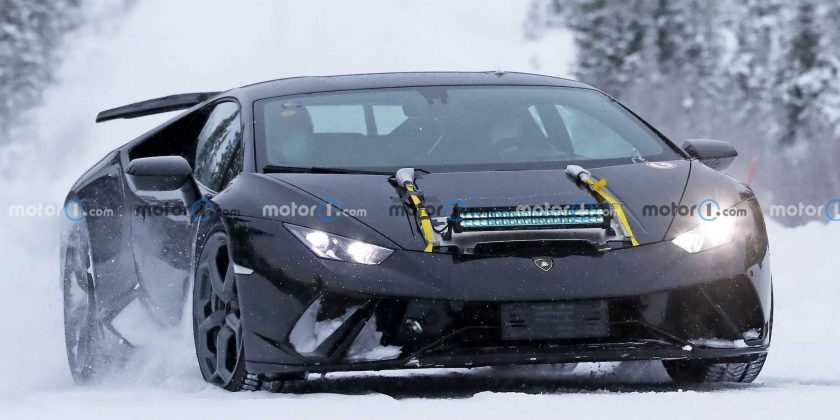 Another Lamborghini Huracan prototype has been caught testing in the wild. Unlike the off-road-ready Huracan Sterrato prototype that was caught before, this one looks like a proper sports car that sits low to the ground. It also shows similarities with the Huracan STO, at least to some extent.

Caught by our spies during cold-weather testing, the Huracan prototype here looks like a tamer version of the STO. The front fascia varies a little, but the massive diffuser at the rear is definitely adopted from the hardcore Huracan. We’re just not sure about those yellow straps and light bar up front. 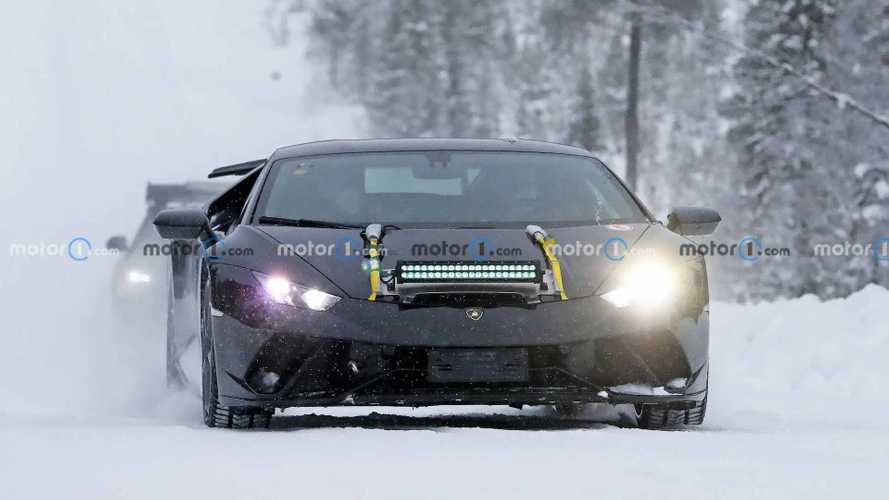 It’s impossible to miss that huge rear wing on the prototype. It’s not as big as what you see on the STO but it’s huge enough to attract attention. Our friends who spotted the Huracan here also said that it did come with the STO’s exhaust note, so we’re not expecting any changes on the oily bits apart from additional power output.

Overall, we could be looking at another Huracan flavor in development, which could make a debut this year. Reports say that it will be called the Huracan JV Stradale, but that’s more of a speculation than a gospel at this point.

Of note, Lamborghini has confirmed that four new cars will be revealed this 2022 in preparation for the hybrids. One of which would be the final pure gasoline supercar from the automaker. The other one’s presumably the Huracan Sterrato, though the Lamborghini has yet to confirm that.

Another assumption is that the other one would be a refreshed version of the Urus. As the automaker’s bestselling model, accounting for 60 percent of its sales in 2021, giving it a facelift makes perfect sense.

One thing’s for sure: Lamborghini is preparing something special for the supercar segment.