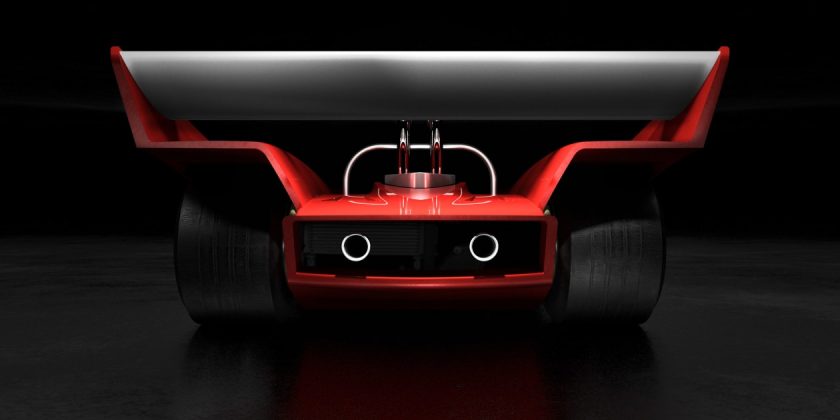 It’ll be the first project for the new Lotus “special operations” division, which will build bespoke motorsport-ready performance vehicles

Lotus has set up a new special operations division called Lotus Advanced Performance – and it’ll enter the market with a bang. This teaser image suggests the company’s first project will be a modern-day take on a Can-Am race car.

Although the iconic British brand never made it in the Can-Am race series, it did have plans for a car in the late sixties (which would have likely been called the Type 66) to compete in the championship. This new Lotus Advanced Performance project reimagines many classic Can-Am cues for the modern era .

This official teaser image previews the car’s styling. Following Can-Am tradition, it features an enormous wing, fat rear tyres and a simple roll hoop to protect the driver. There’s also a pair of exhausts poking out of the rear bumper and a set of polished intake trumpets rising from the centre of the car, which suggests it’ll be powered by a petrol engine.

While Can-Am cars were known for their large displacement, naturally aspirated V8 engines, Lotus’s recent road and motorsport products have all been powered by in-line four or V6 units, so it’s as yet unknown if this debut LAP vehicle will be powered by an eight-cylinder engine for extra authenticity.

The British brand hasn’t revealed any details about the car’s performance, price or production numbers, although it’ll almost certainly be fast and built in limited numbers.

Lotus Advanced Performance also plans to provide a range of other services in addition to halo projects such as its debut machine teased in the image above. The offshoot will produce limited-edition versions of Lotus’s production cars alongside offering a broad range customisation options. LAP will also put on experience days, such as tours of the company’s new £100million Hethel production facility.

Lotus Advanced Performance also aims to help its customers with driver training, as well as offering branded merchandise and a range of car accessories. It will also support Lotus’s motorsport efforts, helping to deliver the brand’s race cars (such as the Emira GT4) around the world.

The operation will be led by Simon Lane, who used to manage Aston Martin’s similarly positioned “Q” division. He said: “I have always been a Lotus fan, and this has to be one of the most exciting roles in the automotive industry right now – a blank sheet of paper and the opportunity to launch a completely new division at the world’s most ambitious car brand.

“The Lotus Advanced Performance team and I have some fantastic and truly innovative ideas with very broad appeal, for Lotus fans young and old to those in search of unique experiences and collectible opportunities.”

Now read about Lotus’s pure-electric sports car, that’s due for launch in 2026…