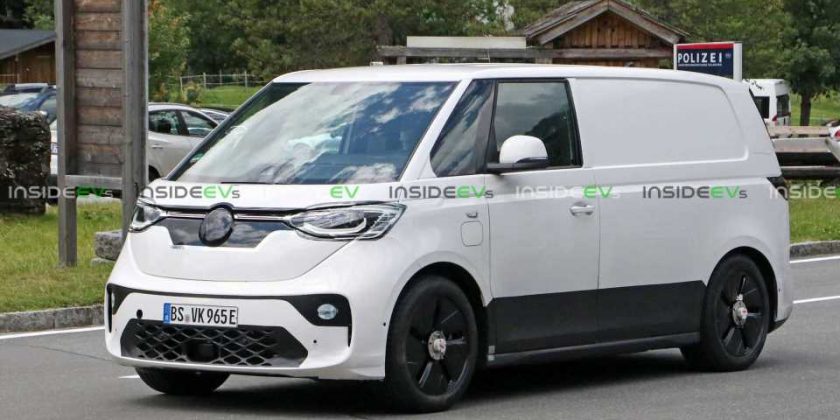 It will be quite different compared to VW’s ICE line of commercial vehicles.

Volkswagen will launch the production model previewed by the ID Buzz concept in 2022 in Europe and in 2023 in the United States. The concept was shown back in 2017 and it wasn’t until a few months ago that we finally got to see the very first production bodied prototypes after several sets of mule photos.

Now we just received the most detailed batch of photos showing a prototype that is lightly camouflaged and it doesn’t leave a lot to the imagination. In fact, based on the first actual production body prototypes we saw, we were able to make what we think is quite accurate preview rendering. It’s amusing that VW engineers decided to camouflage the electric van as a Renault of all vehicles, although there’s no disguising the big round badge up front. 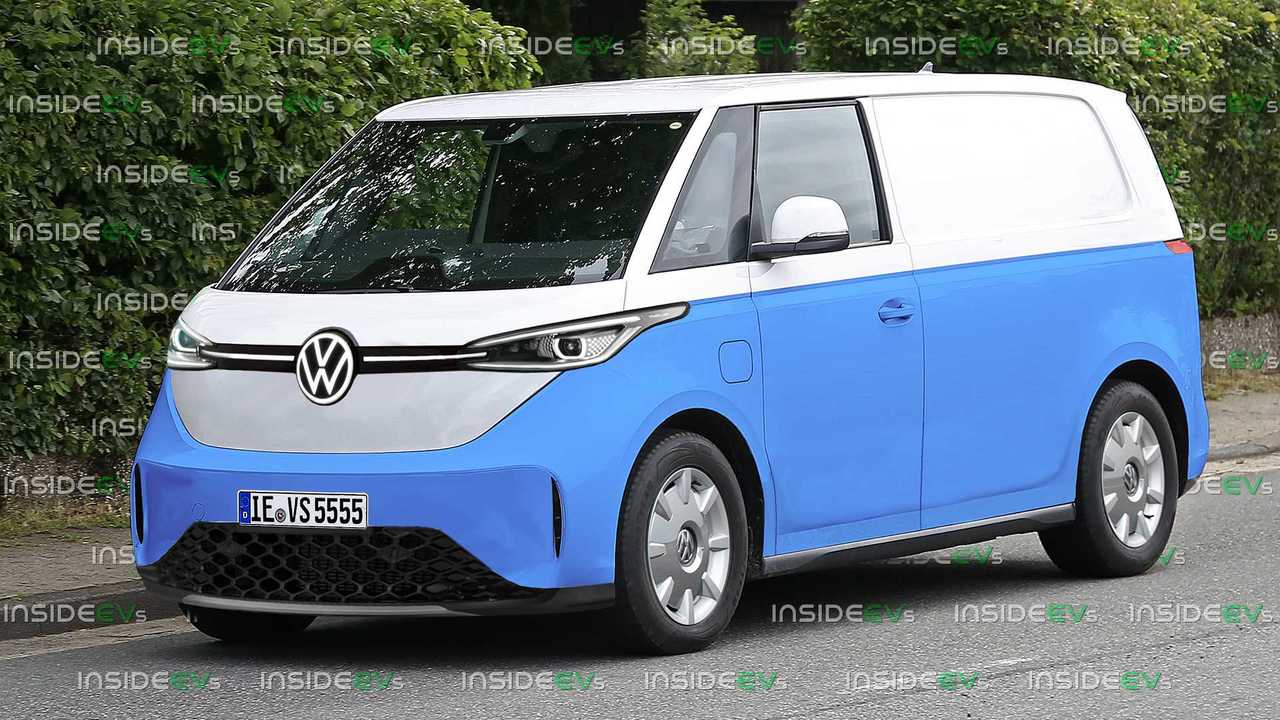 So how has it changed from concept to production? Well, the overall shape is still the same. It’s lower than the Volkswagen Transporter and Multivan and it has quite different proportions. The front fascia looks like it’s going to be quite similar to that of the ID.3 and ID.4, in true VW tradition (of making its models look as much alike as it can).

From the side, it definitely looks sportier than the Transporter. It even has a small spoiler on top of the rear door that really helps with the sporty look. The rear will not be particularly dramatic, although it will have thin light clusters that probably meet in the middle to form a full-width light bar.

This particular prototype is the ID Cargo, which only has seating up front. We don’t know the load volume, but it will surely be suitable for many urban delivery roles. Battery packs will range from 48 kWh to 111 kWh and the maximum WLTP range is expected to be 550 km. Volkswagen is also reportedly going to offer roof-mounted solar panels that could increase the range by some 15 km.