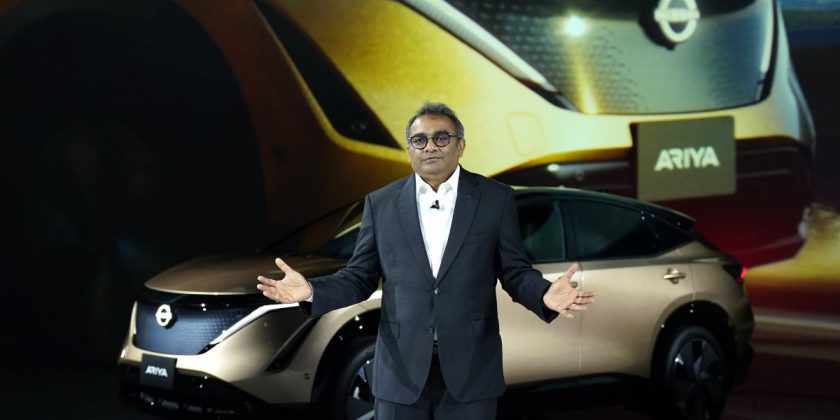 Just like the rest of us, Nissan hasn’t had the best 2020. The fallout from a series of public scandals in 2019 – including the shock ousting, arrest and escape of former president and CEO Carlos Ghosn – continues to make the headlines, but behind the scenes, the company has been haemorrhaging money due to an ageing and bloated lineup. The Japanese carmaker needs a solution, and fast.

Car Magazine sat down with chief operating officer Ashwani Gupta to discuss Nissan’s problems and how it plans to dig itself out of the ground. He explained that under Ghosn, the company had expanded in anticipation of growing automotive sales, targeting an eight per cent share of the global market and an eight per cent profit margin.

Instead, the market shrunk, and Nissan reported a 5.8% share, a 40 billion yen (RM1.56 billion) operating loss and a massive 671 billion yen (RM26.2 billion) net loss in the last financial year.

“We went too fast to expand in the world, anticipating that global auto markets would grow and that our sales performance would be excellent. Both those things didn’t happen,” said Gupta. “As a result, we were landed with aged vehicles, a huge line-up which we could not maintain. It’s all based on investment – if you don’t have the revenue you can’t have [new] cars. It’s a vicious cycle. So what Nissan said is, let’s rationalise.” The result of this rethink is the Nissan Next four-year plan, which Gupta had a key part in formulating. Set to run up to 2023, it will see the company undertake an aggressive cost-cutting plan, close its plants in Spain and Indonesia, shutter the Datsun brand and work more closely with alliance partner Renault. Nissan will also lean heavily on its biggest markets to generate growth and profit.

“When you tick those boxes, the US, China, Japan are our biggest markets,” said Gupta. “In the US, our market share is more than seven per cent, in Japan and China it’s more than 10%. Profit? Yes in China and Japan, and in the US we think we have a potential to make [it].”

Being a British publication, Car also quizzed Gupta about Europe, a market in which Nissan has fallen from grace in recent years. To give you a sense of perspective, the company’s sales in the continent fell from 566,191 vehicles to 394,091 last year, just before the coronavirus pandemic wreaked havoc on the world.

Nissan’s past success in Europe had been built on it being early to the crossover market, with breakthrough models like the Juke and Qashqai. But the company took nine years to replace the former and was late in introducing new engines for the latter, leaving the door open for rival carmakers with fresher products. Gupta said that despite the significant infrastructure such as the Sunderland plant and Bedfordshire engineering centre, Europe isn’t one of Nissan’s core markets.

“Total industry volume is 15 million. That’s not a small market. But our share is 2.5 per cent. We can’t do everything, so we will focus on our strengths. In Europe, that’s crossovers – Qashqai, Juke, X-Trail. Then in terms of technology, we go with electric, autonomous and connected [technologies].”

The market will benefit from the introduction of three new SUVs in the coming year or so – the next-generation Qashqai and X-Trail and the electric Ariya. Nissan expects half of its European sales to come from electrified vehicles by 2023, including the e-Power range-extended electric powertrain in the Qashqai and the Mitsubishi Outlander‘s plug-in hybrid technology in the X-Trail. The next Nissan Z-car, the 400Z, won’t be coming to Europe

But this electrification push has claimed a casualty in the next Z-car, the 400Z, which won’t be coming to Europe. While the continent buys just as many 370Zs as Japan at around 500 units a year, the US market – which the new twin-turbocharged V6-powered model is aimed at – delivers four to six times the volume. “Europe is the market which challenges us on technology, especially regarding the environment,” said Gupta.

Nissan’s other Europe-focused model, the Micra, has also come into question, with any future model set to be far more closely related to the Renault Clio. This is due to the alliance’s new leader-follower strategy, which will see Nissan taking the lead in developing EVs, sports cars and larger models, and Renault handling B-segment models and vans.

“We don’t have the strength to invest, so we’re asking Renault because it is strong in these segments,” said Gupta. “This is what we mean by prioritisation and focus.” All-in-all, Nissan is targeting a more realistic six per cent global market share by 2023.