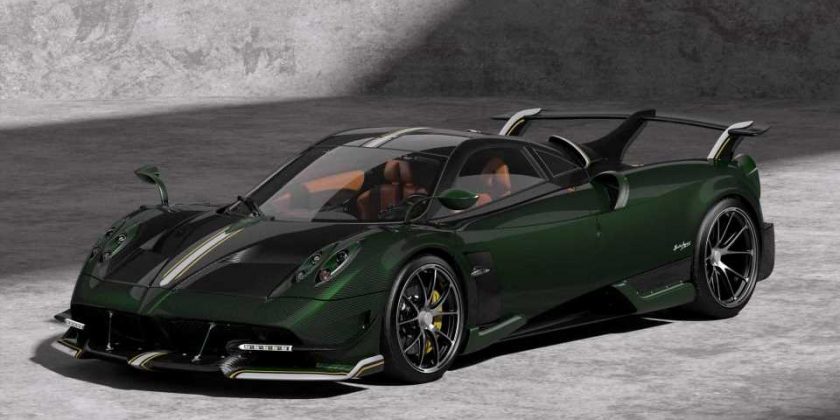 The upgraded AMG V12 engine comes along with a series of aerodynamic and suspension updates.

It’s hard to believe the Huayra debuted way back in early 2011, and yet here we are, with Pagani celebrating the supercar’s tenth anniversary. To mark the occasion, the Italian supercar marque is presenting the Pacchetto Tempesta (Storm Package) for the Benny Caiola (BC) version of its Zonda successor.

Debuting during the Monterey Car Week, the meaner version of an already hardcore V12 machine extracts more than eight percent of additional power from the 6.0-liter AMG engine equipped with a pair of turbochargers. It now pumps out a massive 815 hp and 1,100 Nm (811 lb-ft) of torque and plays its song through a new exhaust system featuring no fewer than six tips to match the Bugatti La Voiture Noire’s six-tailpipe arrangement.

If the engine’s output seems familiar, it’s because the Huayra Imola – limited to five examples – offers the exact same horsepower and torque. The new Pacchetto Tempesta is more than just about upgrading the engine and installing a custom exhaust as it has been subjected to other changes, including a series of aero tweaks. Chief of which is the redesigned rear wing with an integrated central fin, while a reworked front splitter is also part of the aero kit.

Compared to a “regular” Huayra BC, the latest version has a different air intake and a re-tuned suspension promising to deliver better comfort. Speaking of which, Pagani has developed a new Soft Driving mode, and while details are not disclosed, we can only assume it loosens up the suspension for a smoother ride, as smooth as a V12 supercar can be… “Striking interior details” are also on the agenda, although images of the interior are not available at the moment of writing.

The Huayra BC Pacchetto Tempesta will be joined on The Quail stage and at the Laguna Seca raceway by one of the 40 Huayra Roadster BCs, which also happens to have a six-tip exhaust setup. In addition, Pagani will also showcase key components of the track-only Huayra R – the (maybe) ultimate expression of its supercar.