Of the many big baddies from the Star Trek universe, the Swedish-sounding Borg rank as one of the most terrifying, with their faceless cube-shaped ships destroying anything and everything in their path. This cube in Sweden is not a destroyer of worlds, though. It’s just the new home of Polestar.

Called (imaginatively) the Polestar Cube, the building may share its shape with the ships of Captain Picard’s arch-nemesis, but it’s anything but terrifying. The white glass façade looks like something Apple would build (if it didn’t have a flying saucer for its headquarters) and is but one part of a new complex in Gothenburg dedicated to Volvo’s new all-electric sub-brand. Aside from the windows, the only break in the smooth surface is for Polestar’s star-shaped logo, which is lit up in white.

“Minimalistic, avant-garde design is at the core of the Polestar brand, in our cars and in the way that we interact with our customers. Design also plays a role in how we feel and cooperate in our workplace,” Thomas Ingenlath, Volvo’s design boss, said in a release. “With the new headquarters, we wanted to transform an existing structure to create a new, modern building on the Volvo Cars campus that expresses our brand values, and which becomes an inspiring and desirable place for our global team to work.” 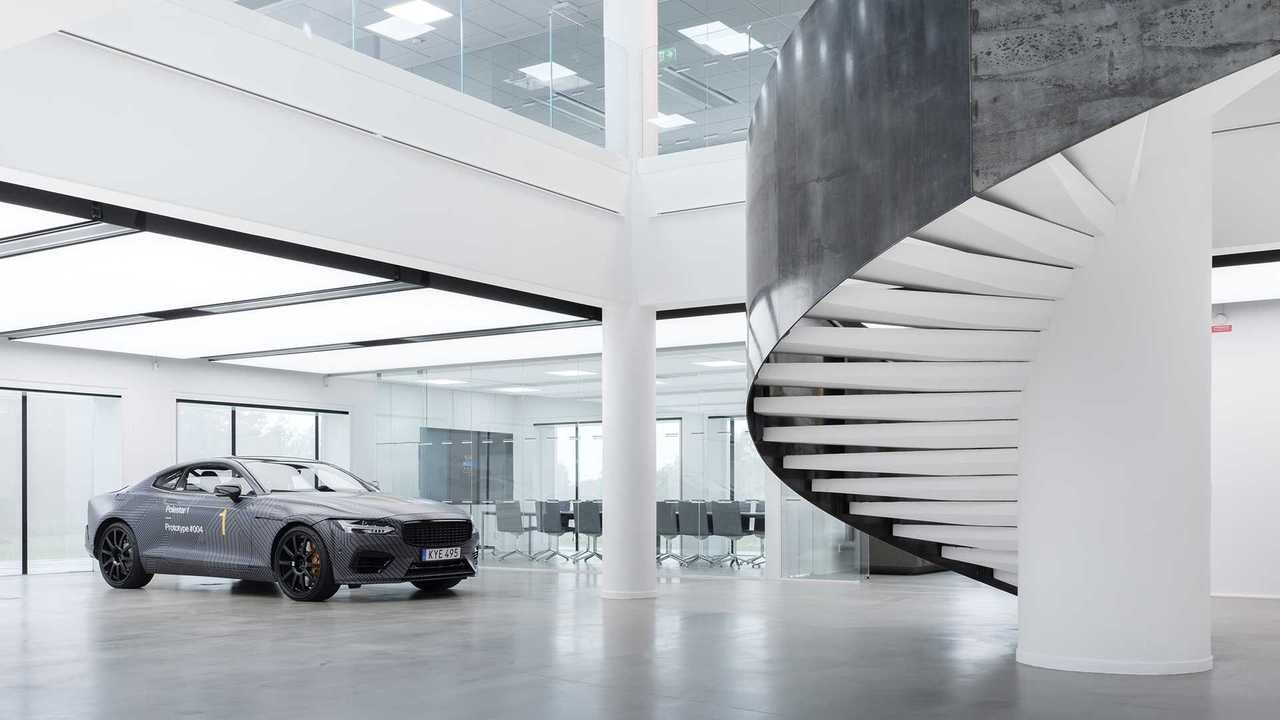 According to Polestar, this is far from the first building to shout from the rooftops about the company’s conservative Swedish design credentials. The company has also used major luxury events like the Goodwood Festival of Speed, the Geneva Motor Show, and the Pebble Beach Concours d’Elegance as venues to express its sense of style.

The Polestar Cube was designed by Swedish architecture firm Bornstein Lyckefors, with plenty of input from the Polestar team. The outfit’s new digs come ahead of its first dedicated factory, in Chengdu, China, and just one year after its introduction in Shanghai.