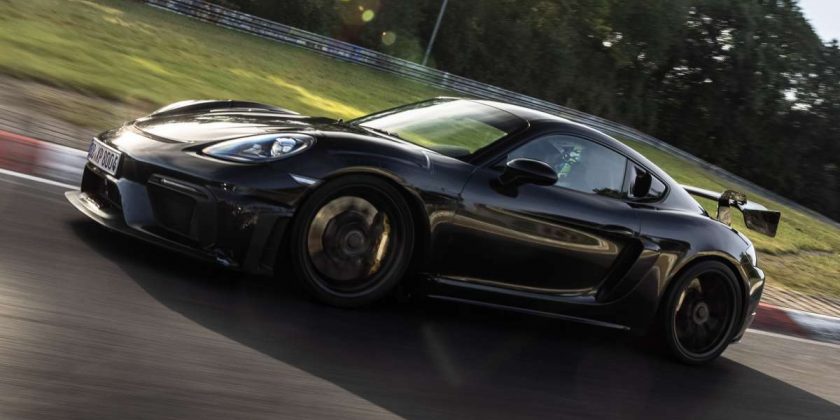 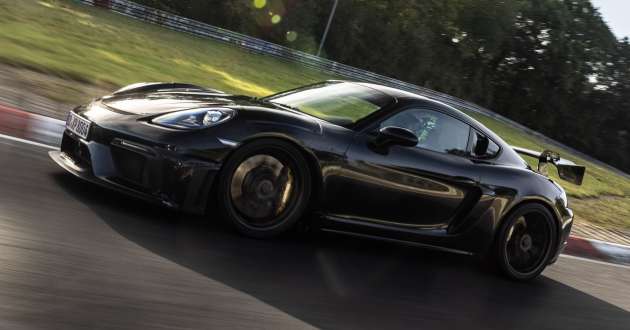 After much speculation and several spyshots, Porsche has finally confirmed that the 718 Cayman GT4 RS is on the way. The new model will celebrate its world premiere in November this year and will take its place above the existing 718 Cayman GT4.

For now, the company isn’t providing much in the way of details but is more than happy to tell us that the new sports car has “impressively demonstrated its dynamic potential both on twisty mountain roads and on the racetrack.”

The latter is backed by some impressive numbers, as a lightly disguised production version of the new RS model managed to lap the 20.832-km Nürburgring-Nordschleife circuit in 7:09.300 minutes. On the shorter 20.6-km lap of the famed track, which the company says previously served as the benchmark, the 718 Cayman GT4 RS managed a time of 7:04.511 minutes. 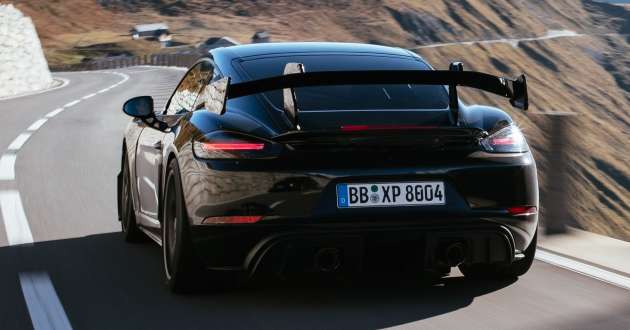 That time is 23.6 seconds faster than its little brother, the 718 Cayman GT4, and you can watch the onboard footage of the run in the video posted below, which features Porsche brand ambassador and development driver Jörg Bergmeister behind the wheel. As a side note, the car used was fitted with a racing seat for safety and Michelin Pilot Sport Cup 2 R tyres, the latter being an option for customers.

“During development, we gave the 718 Cayman GT4 RS everything that characterises a genuine RS: lightweight construction, more downforce, more power and, of course, an even higher level of responsiveness and feedback to driver inputs,” said Andreas Preuninger, Porsche’s director for the GT model line.

“The fantastic lap time of the Nordschleife is impressive proof of how clearly noticeable these improvements in driving dynamics are. Our customers can look forward to a pure driver’s car that makes a thrilling driving experience an absolute priority,” he added.

Preuninger’s mention of improved downforce is pretty evident when you look at the car in the provided images, as the 718 Cayman GT4 RS boasts vents on its bonnet; a larger, swan neck rear wing a la 992-generation 911 GT3 RS; as well as a front splitter. There are also centre-locking wheels, slightly flared fenders and more prominent exhaust tips.

As for power improvements, reports suggest the 4.0 litre, naturally aspirated flat-six engine will be retained, albeit tuned to deliver 450 PS instead of 420 PS in the regular 718 Cayman GT4. The onboard video heavily suggests a seven-speed PDK dual-clutch transmission is in play, which is a better fit for RS models – all Porsche’s RS models since 2015 have only been available with the PDK.