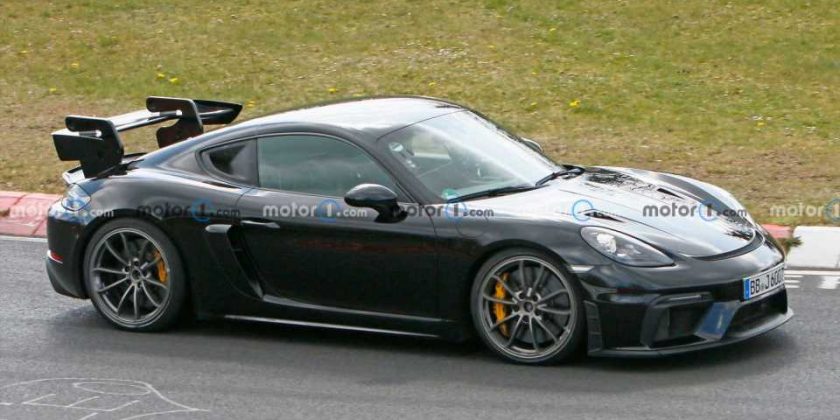 There are two of them at the famous circuit.

The Porsche 718 Cayman GT4 RS is at the Nürburgring Nordschleife yet again for even more testing. There’s very little visible camouflage on the two examples in these pictures.

The engineers cover the outer edges of the front fascia, top of the front fenders, and wrap the endplates of the wing in black tape. We suspect the bases of the swan-neck wing supports might actually be smaller on the production vehicle because they still appear to have a lot of extraneous material on them. 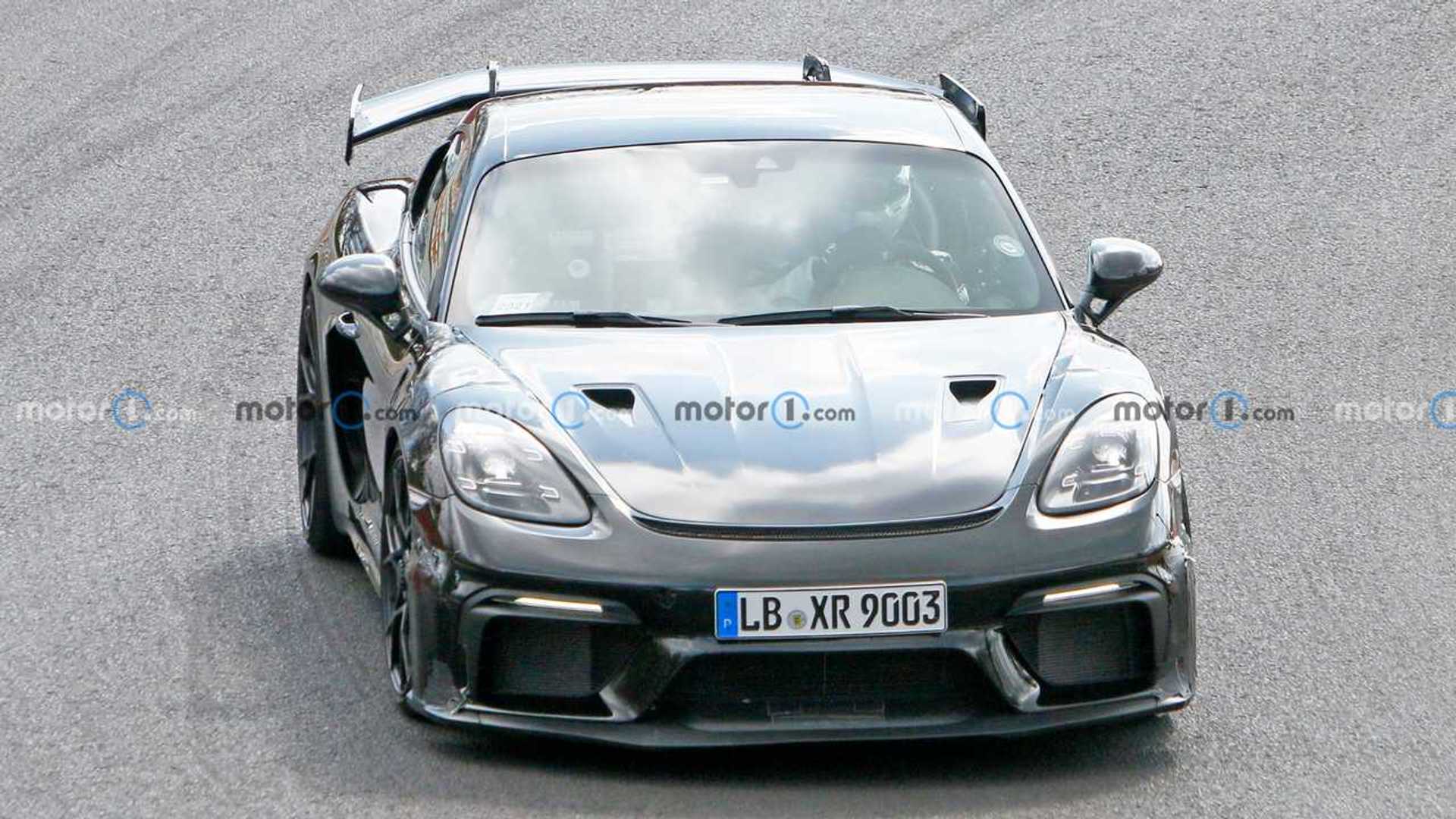 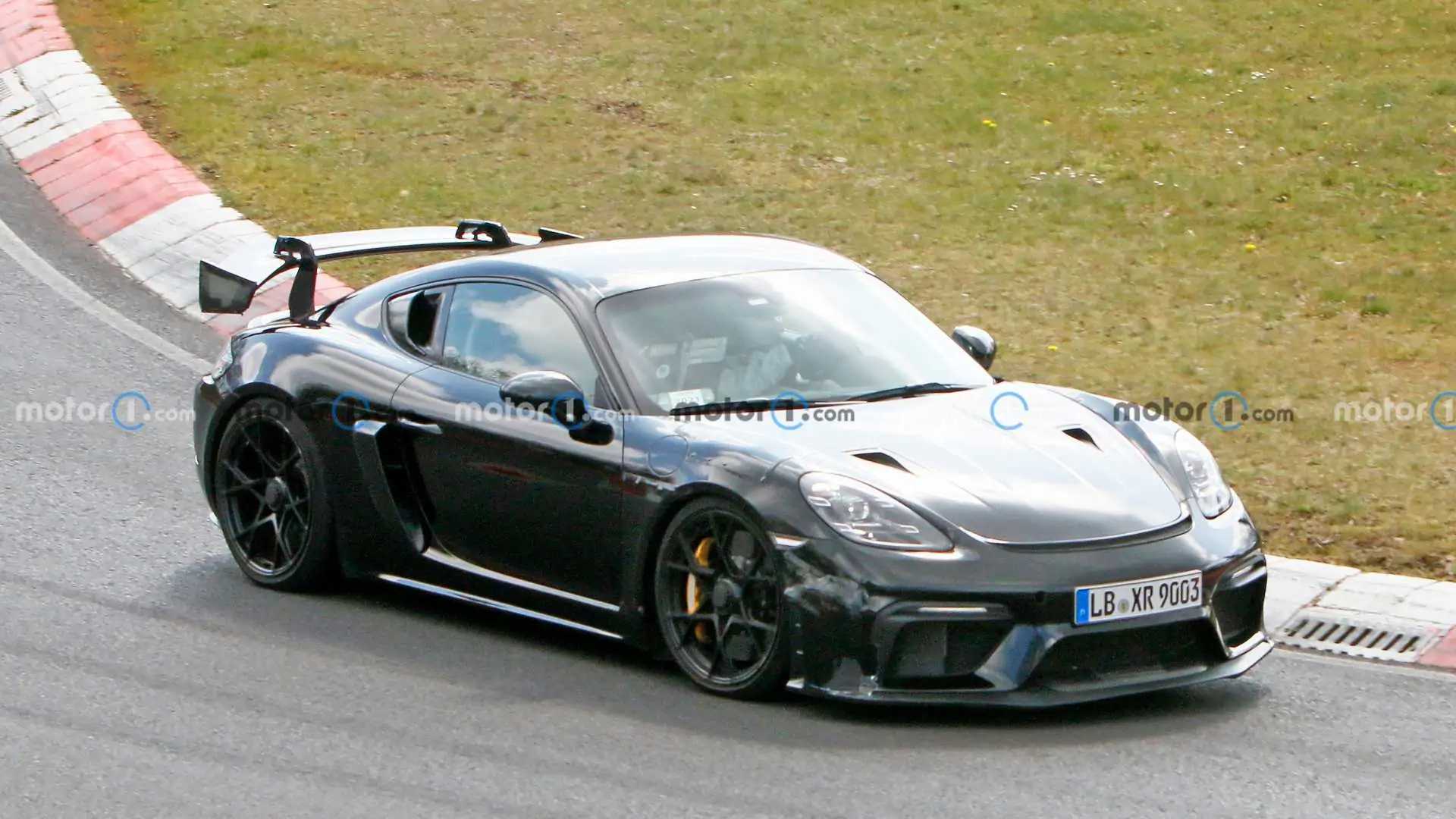 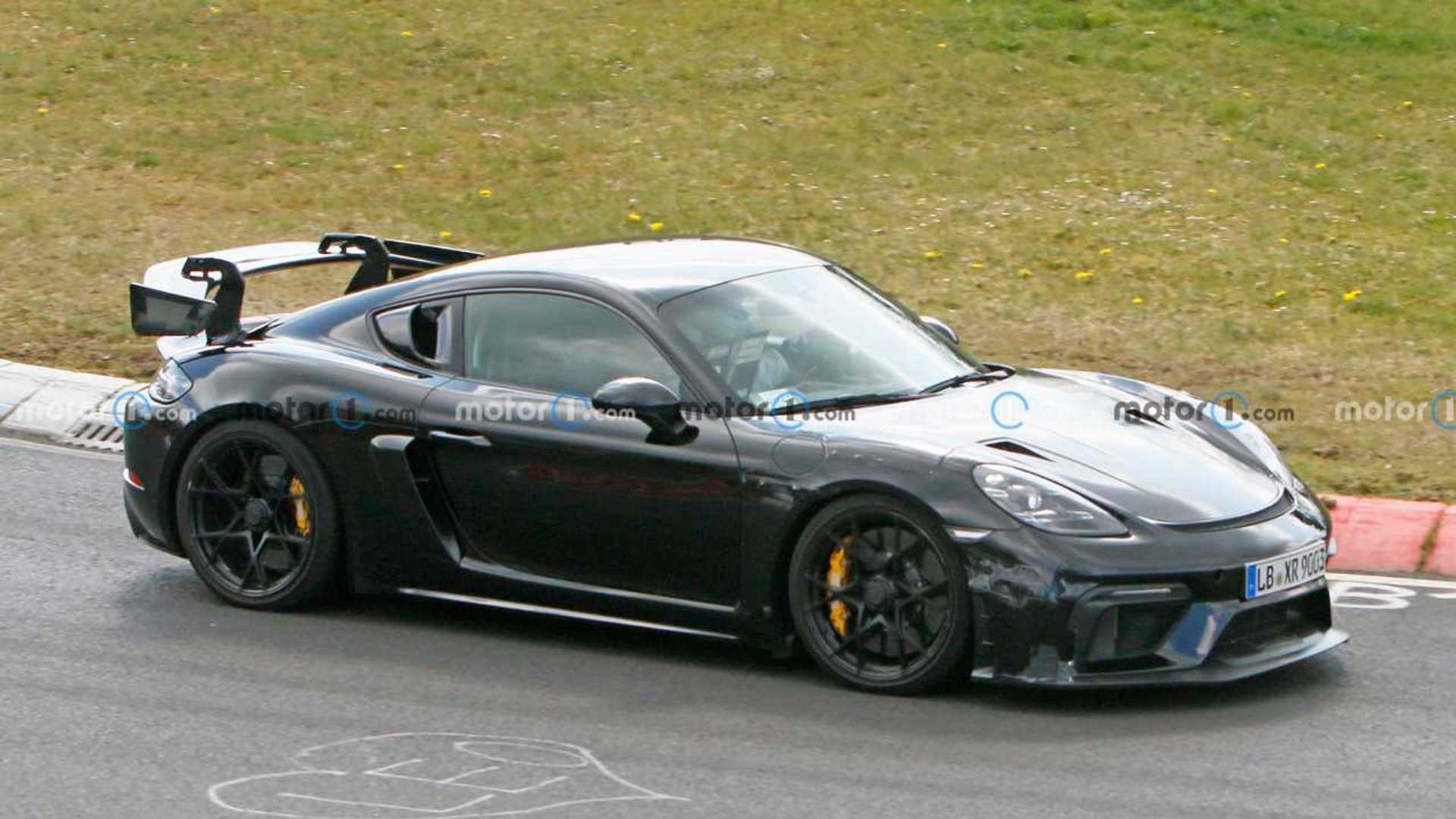 It’s worth noting that there are two slightly different variants of the 718 Cayman GT4 RS in these photos. The one with the LB license plate has black, center-lock wheels and a different front splitter lip. The example with the BB plate has a milder appearance, including five-lug wheels. Check out a comparison between them using the slider comparison tool, below.

Other performance upgrades would include brake and suspension improvements to make the GT4 RS a better performer on the track, which is what this model really is for. The big wing would certainly improve downforce.

We have seen the 718 Cayman GT4 RS testing since September 2019. With the development in the public eye now nearing two years, it seems like the official debut can’t be too far away. After all, how much more could the Porsche team need to do? Look for the hotter model to be on sale before the end of the year. A rumor suggests the RS would have a base price of around $130,000. We wonder whether the version with the center-lock wheels and different front fascia might be an additional option.