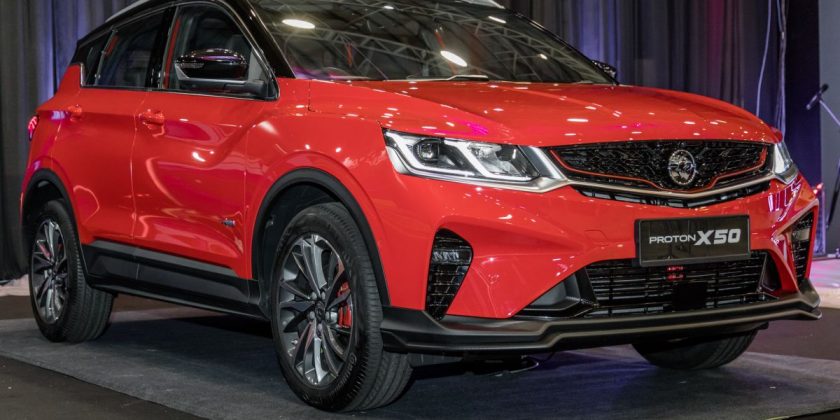 Today, we told you that the Proton X50 will get unique suspension tuning compared to its Geely Binyue/Coolray sibling, and during the Q&A session the national carmaker went into greater detail regarding the changes its engineers have made.

Those of you who are worried that the company has stiffened the suspension to give the car the handling prowess it is known for – to the detriment of ride comfort – need not worry. According to staff engineer Noor Hisham Ismail, the X50 has actually been made to ride softer, because the Binyue is apparently “too stiff” to deal with our litany of speed bumps and potholes.

Specifically, Proton made some changes to the front anti-roll bar, spring rates, bushings and even the tyre selection; earlier, it mentioned that it also tweaked the dampers and the electronic power steering system. Hisham said that the company benchmarked the X50 against other competitors in the marketplace and has adjusted the suspension to suit. Hisham also said that the Binyue was set up to be quite a sporty car to drive, which affected the way it dealt with bumps, making it unsuitable for Malaysian road conditions. He conceded that the X50 will probably not be so enjoyable to drive.

Those who want to dial a little bit of sportiness back in can play around with the drive modes available, which adjust the power delivery, gearbox response, steering weight (there are four settings to choose from) and even stability control intervention.

The Proton X50 is now open for booking, with four variants to choose from. Based on the Geely Binyue/Coolray, it will be available with features such as the latest GKUI 19 infotainment system, remote engine start and Level 2 semi-autonomous driving. Two 1.5 litre turbocharged three-cylinder engine options will be offered – a 150 PS/226 Nm port-injected variant and a 177 PS/255 Nm direct-injected version.