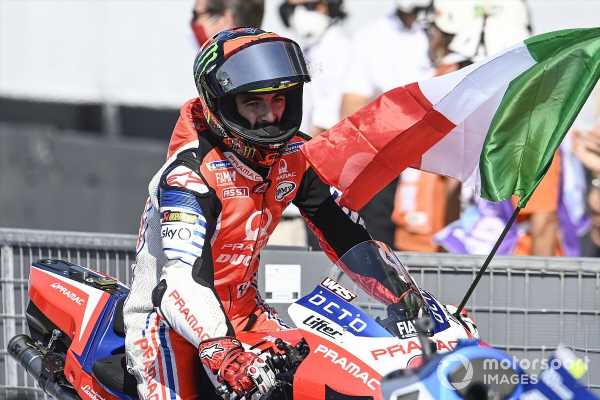 Ducati has now confirmed its works line-up for the 2021 MotoGP season, with Francesco Bagnaia handed a step up to the factory team. With his progress in 2020, Bagnaia has shown he is capable of doing what his great mentor couldn’t…

Ducati’s long-awaited announcement of its full works line-up for the 2021 season finally arrived on Wednesday morning after the Italian marque delayed it from last weekend to “leave the stage clear” for Yamaha, Petronas and Valentino Rossi to make public their 2021 MotoGP plans.

But it came as no surprise that Ducati had selected Francesco Bagnaia to step up to its works squad next year alongside current Pramac teammate Jack Miller, taking the place of the outgoing Andrea Dovizioso.