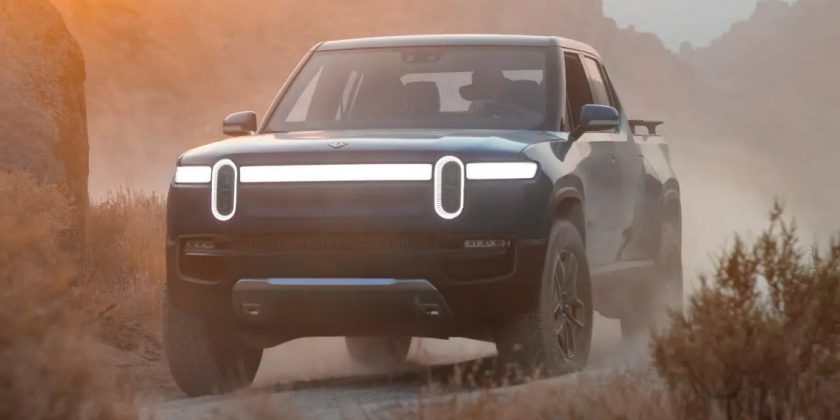 Rivian has officially revealed official pricing and specifications for the R1T, which is the company’s electric pick-up truck that will compete against models like the Tesla Cybertruck, Bollinger B2, Ford F-150 Electric, and GMC Hummer EV.

According to Rivian’s official website, there will be three trim levels available, with the cheapest being the Explore that has a starting price of USD67,500 (RM278,471). Meanwhile, the Adventure and Launch Edition both start from USD75,000 (RM309,413), although it’s the latter that will make its way to customers first.

Deliveries of the Launch Edition, which is an improved version of the Adventure, is scheduled to start from June next year, while the other two trims will only be released from January 2022. All trim levels come with a quad-electric motor setup by default, and the prices mentioned are for the mid-spec powertrain.

Rivian’s Driver+ suite of safety and driver assistance system is also standard across the range, with 11 cameras, five radar sensors, and 12 ultrasonic sensors to provide a certain degree of autonomous driving capability.

The Launch Edition gets the same items as the Adventure, but there’s some special badging for the interior, a trim-specific Launch Green paint colour, and a choice of 20-inch All-Terrain or 22-inch Sport wheels as an upgrade. There’s also priority delivery with this trim, but quantities are limited, so there’s the catch.

If pick-up trucks are not your thing, Rivian also offers the R1S, which is essentially an SUV that has the same underpinnings (and dashboard) as the R1T, minus the bed. The trim levels and equipment offered for the R1S are identical to the R1T, and delivery timings are similar as well, save for the Launch Edition that will arrive in August 2021. In terms of pricing, each trim costs USD2,500 (RM10,310) more compared to the R1T’s equivalent.

With the R1S, you get three rows of seats on the inside, with seating for up to seven people. At launch, the SUV will get the same mid-spec powertrain as the pick-up (with slight differences in range), which will then be followed up by base and long-range versions as well. While the outputs remain the same, the towing capacity is down to 3,493 kg (7,700 lbs).