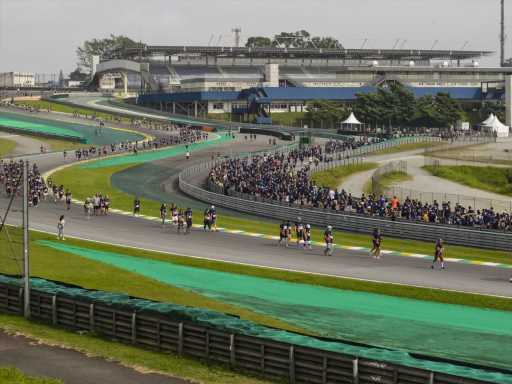 Local officials have announced that Sao Paolo is to continue hosting a Formula 1 Grand Prix until 2025 at the very least.

The future of the Brazilian Grand Prix has been unclear for some time, and just last month it looked like it would be leaving Sao Paulo for Rio de Janeiro as soon as the 2021 season.

“I am writing to update you that we have now finalised race agreements with Rio Motorsports LLC to host, stage and promote Formula 1 events in Rio de Janeiro,” Chase Carey wrote in a letter to the acting governor of Rio, Claudio Castro, at the time.

“These agreements are ready for execution and announcement by Formula 1 as soon as all necessary licences have been issued by the relevant authorities, INEA/CECA, in Brazil/Rio de Janeiro.”

Therefore, it was a surprise to many when the provisional 2021 season calendar was released and stated that the Brazilian Grand Prix would take place in Sao Paulo, subject to contract.

It now looks as if that contract has been signed, and ensures that a race will take place at Interlagos for the next five seasons.

“I am proud to reveal that F1 has just renewed a contract to hold the Brazilian GP until 2025,” said Sao Paulo governor Joao Doria in a press conference.

“The Interlagos race track has been confirmed as the venue for the next five years. The contract will be signed by Mayor Bruno Covas and Liberty Media, the rights holder of F1.”

What’s more, the contract includes an extension option that would secure the future of what will be known as the Sao Paulo Grand Prix for the five years after that.

“The contract is being finalised and will be signed in the next few days,” Covas stated.

“Next year, on November 14, we will have the Sao Paulo Grand Prix. The contract is valid for five years and can be extended for an additional five years, so can go up to 2030.”

There were many concerns and protests about the environmental damage a race in Rio would cause, but according to Autosport, that isn’t the reason for the decision.

Instead, Sao Paulo was apparently given the nod as the track there is already tried and tested and is, therefore, able to commit to a long-term deal.