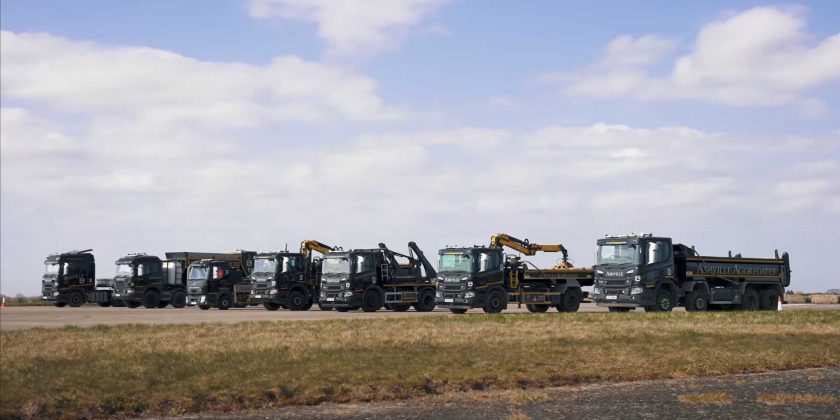 Passenger vehicles are only a portion of all the vehicle production in the world. Industries and businesses need vehicles, too, sometimes highly specialized ones that can move large quantities of cargo and goods. They aren’t performance vehicles as enthusiasts know them, but they are powerful. However, as a new Carwow drag race video demonstrates, power doesn’t translate into speed.

The new video lines up seven big rigs of varying sizes, engines, outputs, and purposes to see which one crushes the others in the quarter-mile drag race. Should the McLaren 720S be worried? Of course not. The seven big rigs that are vying for hauling supremacy range from 5.0- to 13.0-liter engines and from 220 to 500 horsepower (164 to 372 kilowatts). It’s far from an equal race, and each cab sporting a different attachment doesn’t help, either.

The standing-start drag race gets off to a super-slow start. What did you expect? None of the big rigs are setting land speed records here, with the first, the 410-hp tipper lorry, crossing the quarter-mile finish line in 27.5 seconds. The slowest of the bunch is a 450-hp volumetric concrete hauler that needed 32.1 seconds to cross the finish line. That’s not a huge gap between the two, but it does demonstrate that sheer horsepower isn’t everything.

There’s a rolling race held next, which sees the tipper lorry win its second race, crossing the mile finish line first just ahead of the competition. The brake test at the end is a bit chaotic with so many vehicles on the course, though it doesn’t really matter in the end. These trucks would be loaded down with goods that would significantly affect their performance in day-to-day life. They are not fast vehicles, instead offering a different kind of practical performance that isn’t measurable in quarter-mile times, though this competition was no less fun to watch.