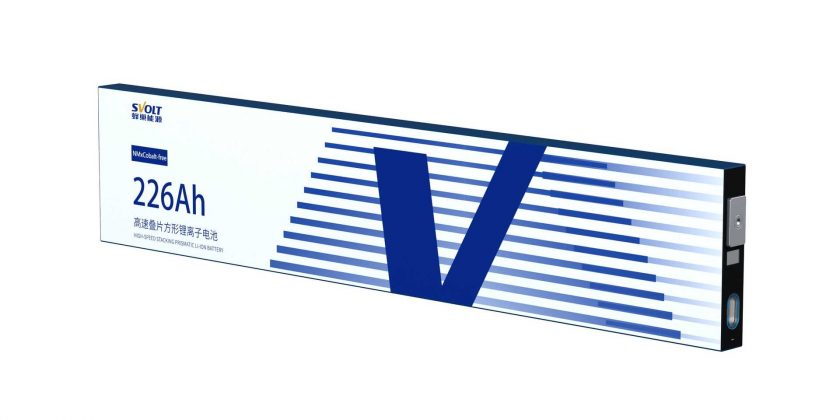 The cells will come from the upcoming gigafactory in Saarland, Germany.

SVOLT Energy Technology officially announced that from 2025 on, it will supply lithium-ion batteries for upcoming new Stellantis’ electric cars.

The cells for Stellantis will be sourced from both SVOLT’s Chinese plants as well as from the European plan, which is under construction in Saarland, Germany.

The company is investing some €2 billion ($2.4 billion) to build a gigafactory in Germany, with an output of 24 GWh annually. We guess that there must be other customers as well, as the production will start by the end of 2023.

“From 2025 onwards, Stellantis will also source its lithium-ion batteries from SVOLT. SVOLT will provide Stellantis with a broad product portfolio for this purpose, from battery cells and high-voltage storage systems to battery management systems. For the order, SVOLT will use its production capacities in China and future production capacities in Europe.”

The deal with Stellantis is not a surprise, as the partnership with PSA was rumored since 2020, and several days ago, Stellantis listed SVOLT among its battery suppliers (the list includes also Automotive Cells Company (ACC) JV with Total/Saft, CATL, BYD, Samsung SDI and LG Chem’s LG Energy Solution).

“We are very pleased to have won such a renowned customer like Stellantis for our high-quality lithium-ion batteries and battery systems and to be able to supply them with batteries in the future,”.

The volume or battery chemistry was not revealed, but SVOLT is probably ready for any order. The company announced this year all-new cobalt-free NMx lithium-ion battery cells with an energy density of 240-245 Wh/kg.

In April 2021, the company started production of NMx cathode materials (75% nickel and 25% manganese) at its Jintan plant in China.

Another interesting thing about the SVOLT is the safety technology from the Soteria Battery Innovation Group (BIG), which makes the cells immune to thermal-runaway.

SVOLT’s ambitious are extraordinarily high, considering that the company has opened its first cell factory in Jintan, Changzhou in 2019 and as of February 2021 had manufacturing capacity of 12 GWh annually.

By 2025, the company would like to have several gigafactories and a total output of 200 GWh annually (up from 100 GWh previously). Partially it will be possible thanks to a strong ability to raise capital. In February, the company raised 3.5 billion yuan (around 450 million Euros).

The Suining and Huzhou plants were announced in February 2021.

“The Huzhou plant will be wholly owned by SVOLT. Plant construction is scheduled to begin in October 2021 and will take place in two phases. While construction of Phase 1 will begin in October of this year, Phase 2 will start in March 2022. Both industrialization phases will include six production lines. The start of production for the first phase is scheduled for October 2022.”