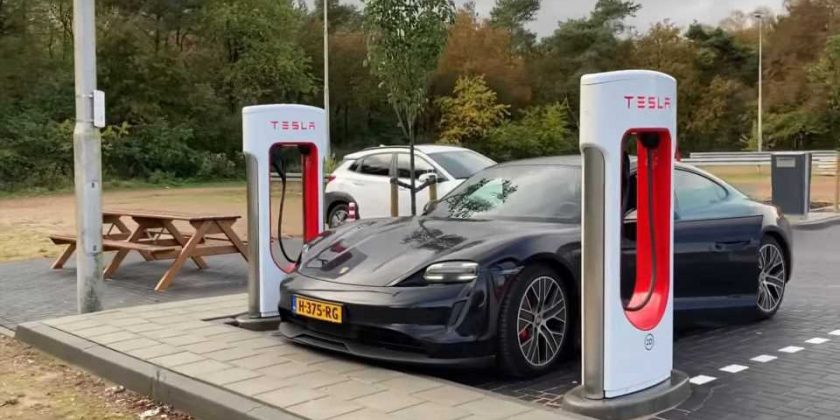 According to the Biden Administration, Tesla plans to open up its Supercharger pilot program to allow non-Tesla EV owners to charge on the network in the US. A fact sheet from The White House noted that this may happen prior to the end of 2022.

If you follow the EV space, you’re probably aware that Tesla is planning to open up its proprietary Supercharger network to other EVs in the future. Rather than offer the network to other automakers, which Tesla has already tried in the past, the EV maker is simply going to allow owners of non-Tesla EVs to use the network at a cost.

Tesla has already rolled out a pilot program in Europe to allow other EVs to charge on its network. Since the program first started, it has been expanded several times. Now, non-Tesla EV owners can DC Fast Charge their vehicles at Tesla Superchargers throughout much of Europe.

In a section labeled “Additional Industry Actions,” the fact sheet specifically noted that Tesla will begin the production of equipment that will allow non-Tesla electric vehicle owners to use Tesla Superchargers in North America to charge their EVs. The section reads: 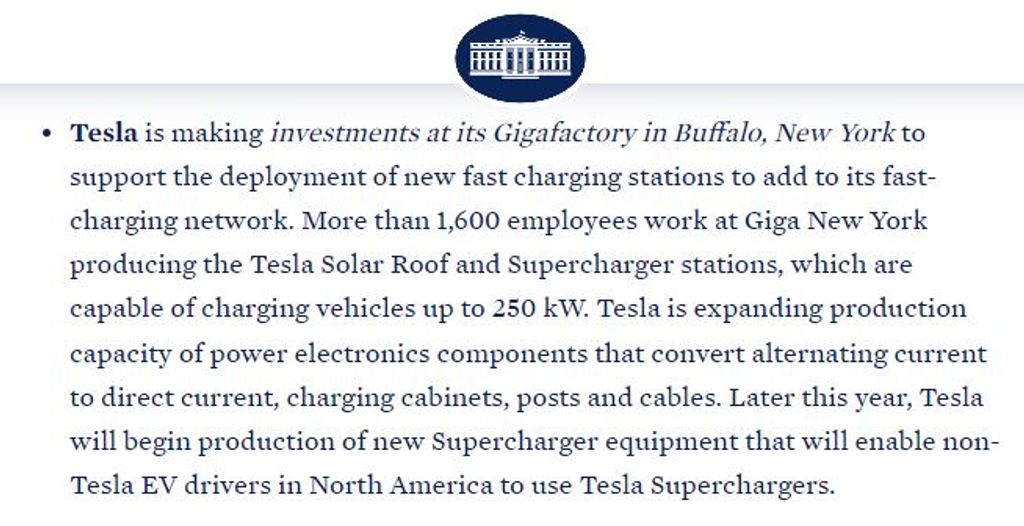 As you can see from the snippet above, the fact sheet also highlighted some of Tesla’s other achievements related to investments at its Gigafactory in Buffalo, NY.

Tesla started testing the Supercharger pilot program in areas like Norway. However, it’s now available in a number of locations in Europe, including Austria, Belgium, Denmark, Finland, France, Germany, Luxembourg, The Netherlands, Norway, Spain, Sweden, Switzerland, and the United Kingdom. Tesla currently has about 35,000 Superchargers across the globe.

Source: The White House via Teslarati