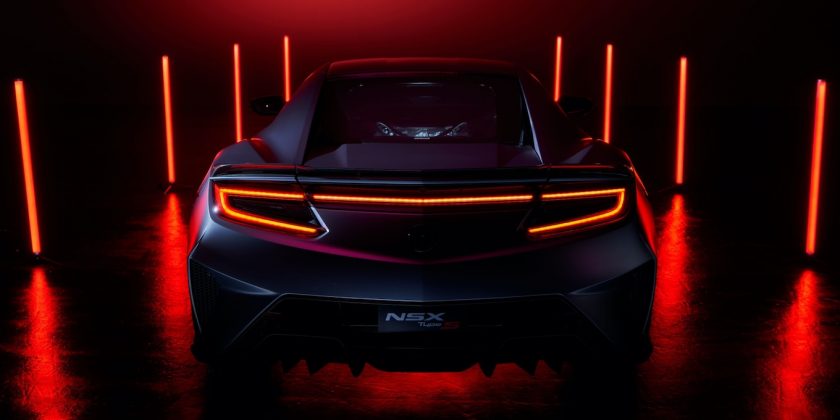 Well, this is unexpected. The 2022 Acura NSX is officially getting the Type S variant we’ve long wondered about. Dreaming about a higher-performance NSX variant was a fun mental exercise, but the NSX’s slow sales always made it seem like a Type S simply wouldn’t make sense from a financial standpoint. Why sink money into a project that almost certainly won’t net the desired return?

Clearly, Acura’s answer to that question is something like “because we can.” We respect that kind of moxie, and we’ll get full details on what went into the NSX Type S transformation on August 12, when it’s revealed at Pebble Beach. For now, all we can see are some hazy black and red teaser shots of the NSX Type S wearing what looks like some matte grey paintwork, but there are a few extra bits of info we can glean from the teaser shots.

For one, it looks like the NSX will be getting more aggressive front and rear bumpers, and the engine cover is now red, which hints at some more performance. Acura also said, “It will be the best performing road-legal Acura NSX ever, delivering quicker acceleration, sharper cornering[,] and an even more emotional driving experience than the electrified supercar ever has before.” So this is definitely going to be more than an appearance package. That’s the good news.

The bad news—albeit, not entirely unexpected—is that the 2022 model year will be the second generation NSX’s final year on sale—and you won’t be able to buy a normal NSX, either. The Type S will be the only NSX model Acura sells in ’22, and production is limited to 350 units worldwide, with 300 coming to the United States. The Type S order books open up on August 12, and we’re willing to bet it will be a pretty penny more than the $159,495 the “regular” NSX starts at.