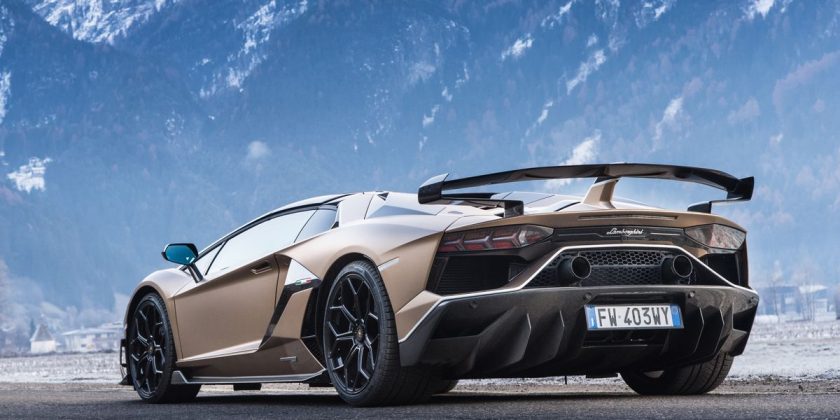 Even amidst a backdrop of tightening emissions rules, the supercar market is full of choice right now. Whether you want six cylinders or 12, all or rear-wheel drive, extravagant or subtle, it’s all out there.

That’s why we’ve come up with a list of the 10 best supercars you can buy new in the UK in 2021, ranked in descending order:

With the latest ‘C8’ Corvette switching to a mid-engine layout for the first time and officially heading to the UK in right-hand drive, it qualifies for this list. With a 488bhp push-rod V8 and a dual-clutch gearbox making for a 0-60mph time of 2.9 seconds, the Stingray has the straight-line performance to be considered a supercar.

Plus, the UK-spec cars will have the Z51 Package as standard, giving the C8 a chassis to match. This includes bigger brakes, an electronically-controlled limited-slip differential, new aero parts, a shoutier exhaust and Michelin Pilot Sport 4S tyres.

It’s a little way down our rankings due to the latest ‘Vette lacking aggression when really pushed. It’s set up for mild understeer on the limit, although there is a sportier suspension geometry setup owners can achieve with a little fiddling. Also, given the low price, the cabin inevitably feels lower rent than the other cars here.

Still, you can’t argue with what you’re getting for base Porsche 911 Carrera money.

The Audi R8 took a big desirability hit with its last facelift, thanks to some new sound-sapping particulate filters. With one of the car’s best attributes compromised, its less-so-good aspects come to the fore.

The main one of these is the way it feels, or rather doesn’t – Audi‘s mid-engined supercar doesn’t offer up a huge amount of feedback. But it’s still stonkingly fast, amazingly capable and very easy to live with. The R8 rides well, is easy to get in and out of, and all-round visibility is great.

There is an R8 RWD which is now a permanent part of the range (unlike the old RWS, which was a limited edition), but it’s much less powerful than the 602bhp AWD R8 Performance.

Porsche is so irritatingly good at, well, everything, that it’s a wonder Stuttgart doesn’t make a supercar right now. We’re going to risk some Internet rage, however, by suggesting the 992 911 Turbo S is close enough to being considered a supercar to make it onto our list.

The engine may be in the ‘wrong’ place to be given that title, but who cares when it offers up 641bhp and 590lb ft of torque, making 0-62mph possible in 2.7 seconds. That’s the kind of excessive performance a supercar needs. It accelerates faster than a great deal of the cars listed here, and with a top speed of 205mph, it matches the top whack of the R8.

It’s much less of a blunt instrument than before, and the soundtrack has been vastly improved. The Turbo S is still lacking in flamboyancy though, hence its place further down this list.

The second-generation NSX must just not come up on the average supercar’s radar. Perhaps it’s the badge that’s the issue or maybe the complicated and heavy hybrid stuff is off-putting. A cabin that’s far too naff for a car knocking on the door of £200k is surely a factor. They’re a rare sight in the UK, and the Acura version has struggled in the US since the car’s launch.

However, drive one hard, and it all makes sense. The Honda may be billed as all-wheel drive, but the only thing powering the front wheels is a pair of small motors bringing a combined 74bhp to the party. That means nearly 500bhp from the 3.5-litre twin-turbo V6 and the torque-filling crank motor goes directly to the rear wheels, making for a very exciting drive.

The way your line is tweaked by those front axle motors initially feels a little odd, but you learn to appreciate the effectiveness. It’s also well damped, and you’d never know it weighs a porky 1770kg. A true unsung hero.

It must be said: McLaren has tried quite hard to justify bringing back the ‘LT’ designation. The links to the old F1 GTR Longtails are tenuous at best, but we don’t mind at all. And that’s because the cars now wearing the designation are utterly faulous.

The 675LT was an instant hit, and the 600LT would sure as hell be high up this list if it wasn’t sold out. The 765LT carries on the tradition, with big aero, big power and big desirability. However, it’s not quite as sweet to drive as the smaller, less powerful 600.

755bhp and 590lb ft is a lot for the rear wheels to deal with, particularly given the boosty portion in the middle of the rev range. Get on top of that, though, and the latest LT is incredibly rewarding.

We’re courting controversy here once again since a supercar is supposed to have its engine in the middle, but the 812 goes beyond being merely a ‘super GT’. How can something with a near-800bhp naturally-aspirated V12 powering the rear wheels exclusively be described as anything other than a supercar?

It’s very difficult to buy and option one without spending over £300,000, so it certainly has a supercar price tag, and Ferrari has even plucked a suitably outlandish name from its back-catalogue to stick after the number: Superfast.

Few supercars are as useable as the McLaren 720S. Its hydraulically-linked dampers make for a ride that’s almost spookily good, yet if you fiddle with the Active Dynamics panel and make all the settings as angry as possible, it can do incredible things. Yes, the 765LT takes this further, but the 720S isn’t that far away while being handier in more situations. And also substantially cheaper.

Along with its dynamic accomplishments, it’s also proven itself to be an absolute weapon in a straight line, reigning as the drag race king until being usurped by its more powerful 765LT brother. It also looks great and has look-at-me dihedral doors.

The 4.0-litre twin-turbo V8 isn’t the most charismatic engine, though, and there’s a noticeable gap in terms of build quality between McLaren’s products and those of its rivals. The residual values of the 720S are pretty poor too.

Were it not for these issues, this car would probably be in the top spot.

The Aventador is the antithesis of the 720S. Lamborghini seems to have completely missed the memo that modern supercars are supposed to be easy to use, as its range-topper is difficult to get into, uncomfortable to drive for long periods and terrible to see out of. Oh, and the ride is appalling even on smooth surfaces, and most of the controls are in the wrong place.

In a lot of ways, the Aventador is a terrible car. And yet, on the right road or track, it’s a visceral, memorable experience like no other. It’s incredibly aggressive, and despite having an all-wheel drive system, it still keeps you on your toes. And yes, that naturally-aspirated V12 – good for 759bhp in the SVJ – is a glorious thing.

It’s a throwback to the old days of supercars when you were made to work for the thrills. It’s not a car you could just pop down to the shops in without thinking about it. Every drive in it, for good and bad reasons, is going to be memorable. Isn’t that what a proper supercar should be like?

The days of Ferrari‘s old naturally-aspirated V8 screamers may be long gone, but the F8 Tributo more than makes up for its less than stellar exhaust note in other ways. Thanks to a blend of clever technology like Slip Slide Control and good old fashioned chassis nous, the F8 is a 710bhp car you can get on terms with surprisingly quickly.

It’s very approachable considering all that power going to the rear, but you do still need to be paying attention. This is the Tributo’s greatest trick – making you feel like a hero without it all seem too easy. And yes, it’s outrageously fast.

It looks a little dated inside, which is to be expected considering this is a heavy evolution of the 488, itself a redeveloped 458. The physical rev counter is a work of art, though, especially compared to all the digital dials you’ll find on the rest of the cars here.

Although the new Evo with its Performante-spec engine makes the Huracan the car it should have been from the start, it’s still missing a little of the trademark Lamborghini silliness. The kind that the Aventador has in spades. Happily, you can rectify this by going for the rear-wheel drive version.

Ditching all-wheel drive here doesn’t result in as dramatic a power drop as it does when opting for the related Audi R8 RWD. Lamborghini very generously gives you 602bhp to send to the rear wheels, all while the 5.2-litre V10 shrieks through a comically loud exhaust unencumbered by particulate filters.

The chassis isn’t quite as good as the F8’s, but it’s close enough that with the noise and responsiveness of the V10 factored in, the Huracan Evo RWD is the more enjoyable supercar. If we could only have one modern supercar, this would be it.