If you’re hoping for a hot hatch, you’re in for a disappointment.

With Toyota recently announcing plans to build performance versions of virtually every model, it seems fitting the Corolla is now getting the GR Sport treatment. But what is GR Sport? As per the Gazoo Racing lineup announced back in September 2017, it’s the entry-level version of Toyota’s sports car family, which also contains the midlevel GR and the range-topping GRMN.

Being the base variant, the Corolla GR Sport is no hot hatch. It’s essentially Toyota’s equivalent of an R-Line, GT-Line or an ST-Line model, so you get a slightly sportier look without any mechanical upgrades. It combines the regular 1.8 and 2.0-liter electrified powertrains with a more aggressive design bringing a different front grille featuring a dark chrome look. The lower skirts and side rockers are also new to the Corolla, as is the diffuser (sort of) at the back.

The Corolla GR Sport rides on exclusive 18-inch machined alloy wheels and comes generously equipped as standard with LED headlights, tinted rear windows, and fog lamps. To make it worth your while, Toyota also throws in a model-reserved two-tone gray paint scheme. Images of the interior have not been published, but we do know there are different seats available in full leather at an extra cost. Black and red accents throughout the cabin round off the upgrades.

Toyota will have the Corolla GR Sport on sale in Europe from January next year. 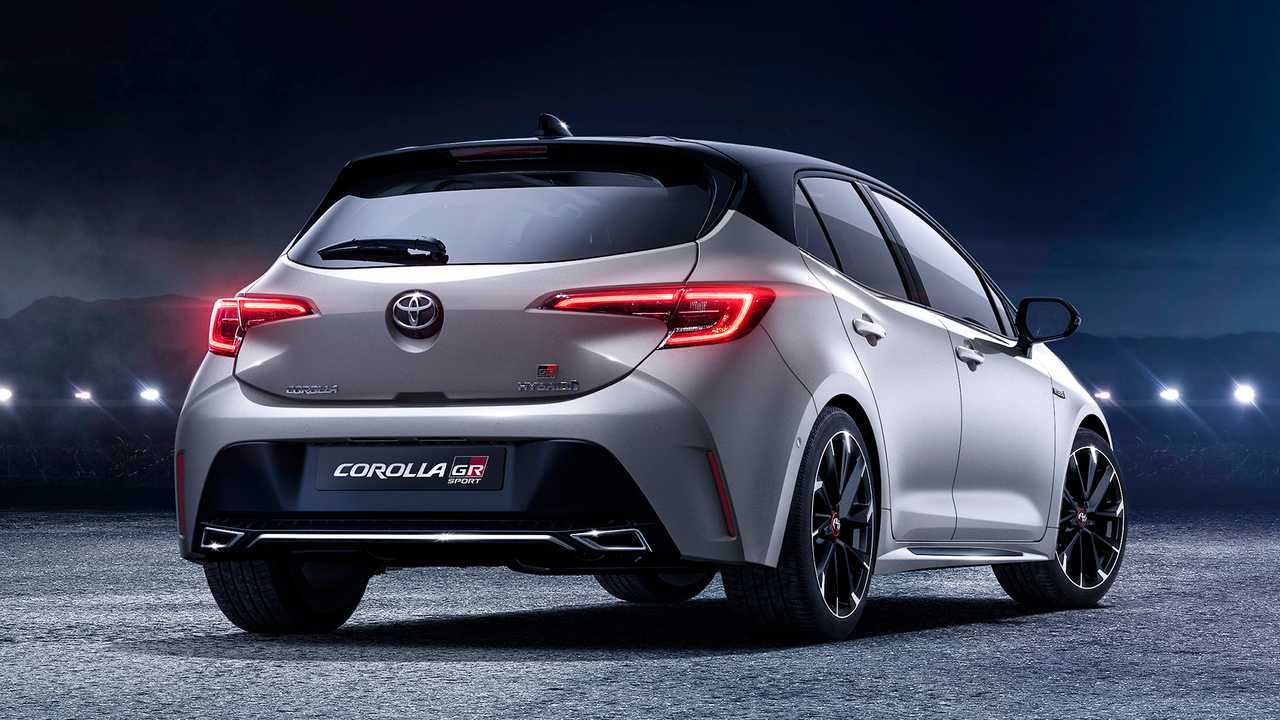 Also at the 2019 Geneva Motor Show, the Corolla Trek (pictured at the end) will be offered exclusively as a wagon. Developed in collaboration with bicycle specialist Trek, it’s an outdoorsy version with crossover cues thanks to the jacked-up suspension increasing the ride height by 20 millimeters (0.8 inches) for more ground clearance. It looks slightly more rugged than the midrange trim level upon which it’s based, and gets some CUV traits at the front and rear.

Toyota will kick off sales of the Corolla Trek in Europe this August and will sell the car with LED headlights, unique 17-inch wheels, tinted rear windows, and fog lamps. Inside, there will be two-tone fabric seats only available on this model, along with wood accents and a seven-inch infotainment system.