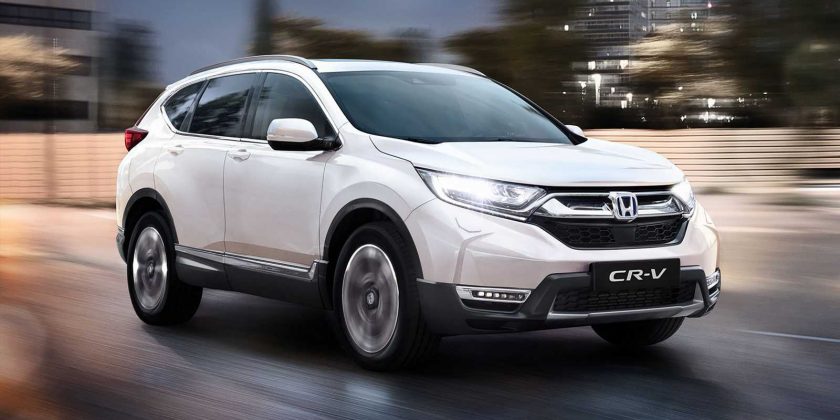 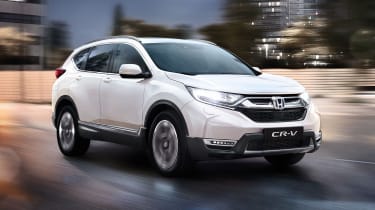 Honda has unveiled an updated version of the CR-V. The revised SUV, priced from £30,180, will reach UK showrooms at the end of this year, sporting a range of cosmetic and technology updates.

The most noticeable updates for the CR-V are found in the cabin. The trim fitted to the car’s centre console, door cards and dashboard now features a new silver finish, while the range-topping EX model now comes with a wireless smartphone charging pad.

Exterior revisions are more subtle, stretching to some new 18-inch alloy wheels and privacy glass as standard across the range. The CR-V also now wears a blue-ringed Honda badge and the firm’s latest e:HEV nameplate, which supposedly signifies its “electrified credentials.”

The electric motors are capable of generating up to 315Nm of torque – and, at low speeds, the CR-V can cruise around on electric power alone. Honda also says that front-wheel drive models will return 42.2mpg on the WLTP combined cycle, while emitting 151g/km of CO2. Four-wheel drive models are less efficient, with respective figures of 39.2mpg and 161g/km.

Finally, Honda has made several tweaks to the CR-V’s chassis. First, there’s a new suspension system, which the firm says has improved the SUV’s handling and ride comfort. There’s also a revised version of the car’s electric power steering system, which the company says has refined the car’s low-speed manoeuvrability.

What do you make of the updated Honda CR-V? Let us know in the comments section below…