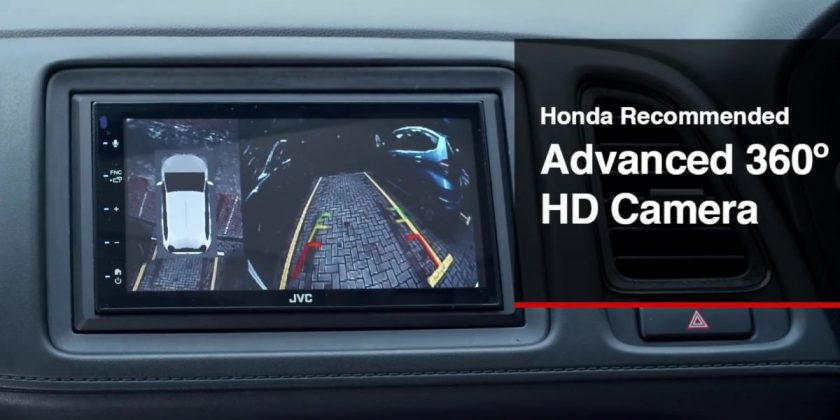 Last month, Honda announced the availability of a 360-degree camera system for the HR-V and BR-V, with the option being priced at RM3,300 for both models. The company has now released a new video demonstrating functionality of the system, which is certainly helpful in a few situations.

Using cameras placed around the vehicle, the system combines the video feeds to display a bird’s eye view of the car on the central touchscreen head unit, alongside an additional feed from the rear camera when reversing – useful when dealing with tight parking spots.

Based on the video, drivers can also activate the system while moving forward, so it’s easier to spot low kerbs or other obstacles ahead. There’s also a 3D panoramic view so you can see what’s around the vehicle before you set off on your drive.

The genuine accessory dubbed the “Honda Recommended Advanced 360 HD Camera” includes a camera at the front and rear, plus side mirrors with pre-fitted casings to ensure a seamless installation.

The camera system is available as an option for brand new cars, but it can also be retrofitted to current car as well. All variants of the HR-V from model year 2019 can be equipped with the option, but only the V variant of the BR-V can get it – the base E’s head unit doesn’t have a screen for the cameras.