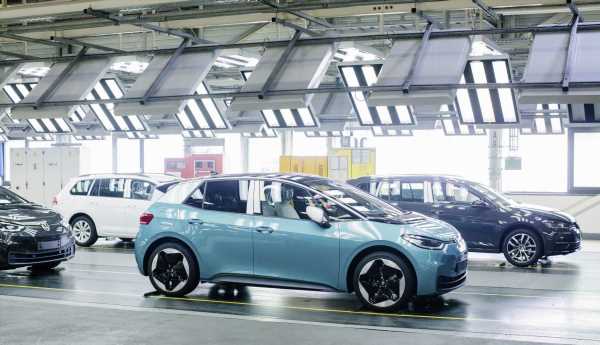 SAIC Volkswagen, the joint venture company between Volkswagen Group and SAIC Motor, has been given the approval to build the fully electric ID.3 hatchback in China. The ministry that oversees the China automotive industry officially gave the JV the green light earlier this week.

The Volkswagen ID.3 is the company’s first mass production electric car, measuring 4,267 mm long, 1,168 mm wide, 1,574 mm tall and has a wheelbase of 2,768 mm. It will be assembled at SAIC-VW’s manufacturing facility in Anting, Shanghai.

This will be the third ID model to be built in China, after the ID.4 crossover and ID.6 SUV. The ID.4 went on sale in the country earlier this year, shortly after making its debut there last November. The China-only ID.6 is also being built at the Anting and Foshan plants, and is expected to go on sale later this year.

When Volkswagen first announced the construction of the plant in 2018, it said the 610,000-square metre facility will be home to over 1,400 Industry 4.0-standard robots, with a planned annual capacity of 300,000 vehicles. All Volkswagen ID models are built on the Modular Electric Toolkit (MEB) platform.