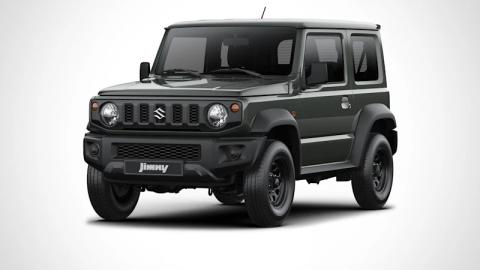 The new Suzuki Jimny Lite will be a more affordable version of the popular compact-SUV.

Suzuki has announced a more affordable version of its popular Jimny SUV. The new entry-level variant will be called the ‘Jimny Lite’ and is expected to go on sale in Australia from August 2021.

The new Suzuki Jimny Lite will miss out on a number of features and equipment, compared to the standard SUV. This includes 15-inch black steel wheels instead of the alloys, halogen headlamps with no fog lamps and plastic-textured ORVM covers.

Similarly, the new Jimny Lite will also miss out on certain features inside, including the 7.0-inch touchscreen infotainment unit. It will be replaced by a basic 2-DIN audio system.

The Jimny Lite will continue to be powered by the same 1.5-litre four-cylinder petrol engine producing 102 BHP and 130 Nm. It will, however, be offered with a standard five-speed manual gearbox, without the optional automatic transmission.

Reports also suggested that the Suzuki Jimny Lite will be manufactured in Japan, unlike the standard models which are built and exported from India.