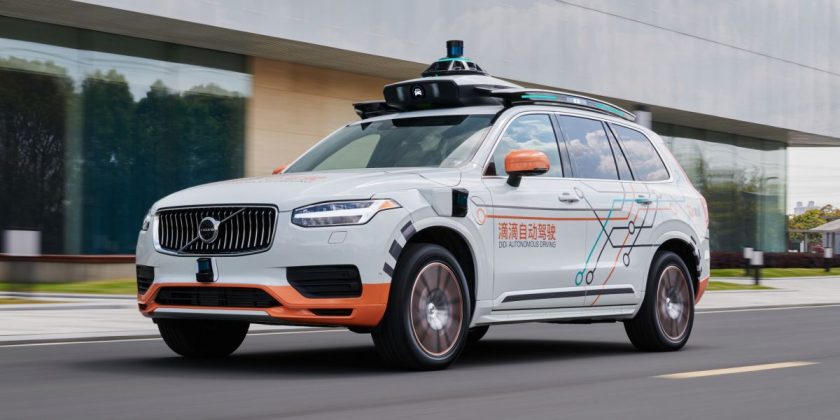 These will be XC90 SUVs provided by Volvo Cars, and these will be outfitted with the necessary backup systems for functions such as steering and braking, while DiDi Autonomous Driving will integrate the additional software and hardware required to fully prepare the vehicles for autonomous driving, said Volvo.

These vehicles will be first to integrate DiDi Autonomous Driving’s new platform, DiDi Gemini, which is planned for deployment into DiDi’s network of ride-hailing vehicles in the future. The combination of the built-in backup systems and safety features as well as self-driving hardware and software from both Volvo and DiDi will pave the way for fully autonomous robotaxi services without safety drivers, Volvo continued.

Both Volvo and DiDi Autonomous Driving are aiming to form a long-term partnership building upon this agreement, as DiDi continues expanding its self-driving vehicle test fleets across China and the United States, and its commercial robotaxi operations continue to grow, the Swedish automaker said.

“This strategic collaboration with DiDi Autonomous Driving is further validation of our ambition to be the partner of choice to the world’s leading ride-hailing companies. Combining DiDi’s expanding robotaxi programme with our safe cars creates a great match to build trust among consumers for autonomous ride-hailing,” said Volvo CEO Håkan Samuelsson.

This latest development follows Volvo’s earlier provision of the XC60 in 2020 for use in Shanghai’s first pilot robotaxi programme. People in selected areas of Shanghai could book robotaxi trips through the DiDi app, while the vehicles were monitored by a safety driver and an engineer.

Volvo announced a partnership last year with Waymo, Google’s self-driving vehicle division who will work exclusively with the Swedish automaker’s global brands, Polestar and Lynk & Co. At the time, this deal was reported to not affect Volvo’s separate agreement with Uber to develop autonomous vehicles, and this also remained ongoing despite the ride-sharing brand’s crisis of 2018 where one of its self-driving development vehicles crashed into a cyclist.