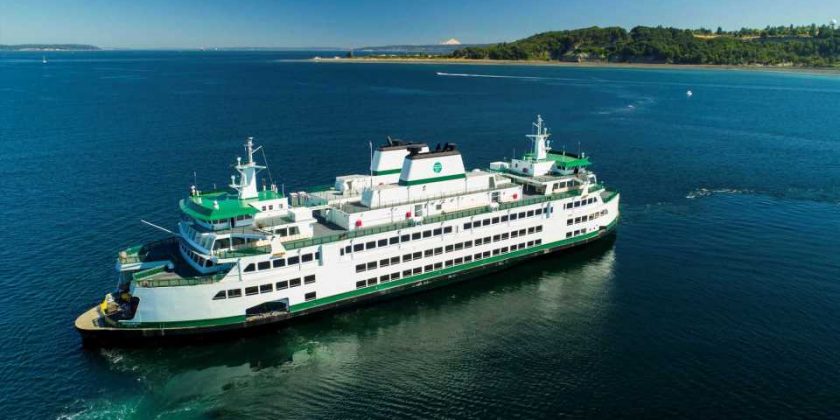 13 new units and six conversions to plug-in hybrids were announced.

Washington State Ferries, the largest ferry system in the U.S., announced a gradual electrification of its fleet towards zero-emission future.

The new hybrid-electric ‘Olympic Class’ ferries – ordered from shipbuilding company Vigor Fab LLC – will be capable of carrying 144 cars and 1,500 passengers each, and operate in all-electric, zero-emission mode, with a hybrid mode backup, if required. Charging will take place at ferry terminals to maximize the battery-operation (in some cases for the entire route).

Vigor recently selected ABB, as the supplier of the hybrid-electric propulsion and battery energy storage system.

“Leveraging ABB’s Onboard DC Grid power distribution system and proven drive technology, the new ferry design will optimize energy use, whether drawing on main engine power, battery power or a combination of the two.”

Delivery of the first unit is expected in 2024. By 2024 the Washington Ferry System intends to replace 13 existing diesel ferries with hybrid-electric newbuilds and to convert six other ferries to plug-in hybrids, as well as install chargers at “many” ferry terminals.

Today, the Washington Ferry System uses some 23 vessels and 10 terminals so more than half of the fleet will be electrified.

All of those electrified vessels will be capable of charging at the terminal, which means we can treat them as an equivalent to plug-in hybrid cars.

The cool thing about electrifying the ferries is that they will be charged using hydroelectric power.

Here is how those ferries look like in action: