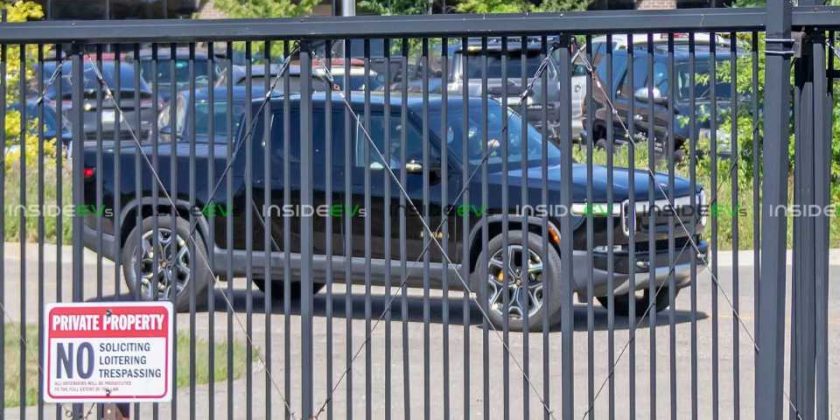 Even though Toyota and the entire country of Japan don’t seem sold on fully-electric vehicles, the manufacturer has still committed to launching a decent selection of BEVs by the middle of the decade. Toyota has vowed to launch 15 new EVs by 2025 and one of these will be an electric pickup, which would explain why the automaker was recently caught testing a pair of Rivian R1Ts.

One of the trucks – the blue one – was spotted by our spies leaving Toyota’s Michigan Technical Center in Ann Arbor with Texas manufacturer plates on, while the other – the black vehicle – was seen with Michigan manufacturer plates driving both inside the Toyota compound, as well as on public roads, strongly suggesting that it was being tested by Toyota.

Now it would make sense for Toyota to be benchmarking its future pickup against an R1T simply because the pickup concept it showed was roughly about the same size. It was definitely smaller than the likes of the Ford F-150 Lightning or the Chevrolet Silverado EV, much closer in size to the slightly smaller R1T (whose wheelbase is around 10 inches shorter than the Lightning’s).

We have yet to receive any photos of possible Toyota electric pickup mules, though. They probably already exist, but it seems to be too early for them to be testing out on public roads. However, given the fact that Toyota is already benchmarking rival pickups, this is strong indication that the project is well underway.

As much as Toyota would like not to have to make electric vehicles and by extension this electric pickup, it has to make it in order to stay competitive. The F-150 Lightning and the Rivian R1T are already out, and several more electric models will debut in the next few years. Volkswagen, realizing how important the electric pickup segment will inevitably become has resurrected the Scout brand specifically to sell electric pickups and SUVs in America.

We expect to see Toyota start testing out in public soon, so we may have photos in the next few months, although don’t hope for anything more than a mule so early on in the project timeline.