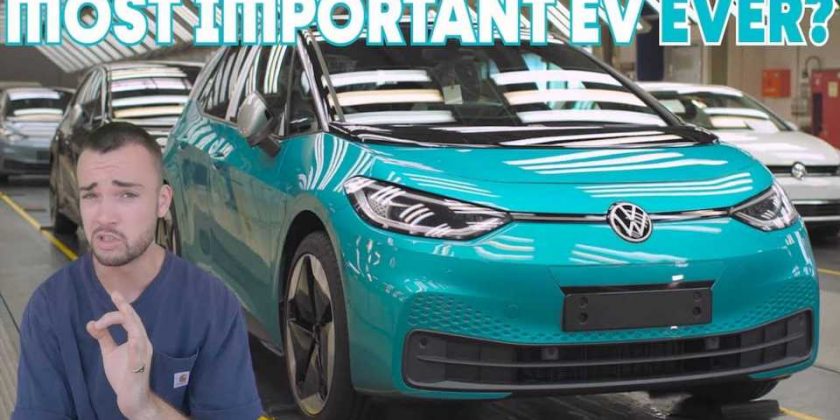 This video claims it will be the case based on scale and prices.

Ask anyone which is the most important electric car of the decade, and most will say it is a Tesla, either the Model 3 or the Model Y. If you do the same to the presenter of this Electroheads video and he will tell you something very different. You can even check him sharing his opinion on the video above, and what he says is that it is a Volkswagen: the ID.3.

While many EV fans hate Volkswagen for Dieselgate, this guy did not get into this sort of analysis. He framed the ID.3 as a product, which is what any rational discussion should start with. In that perspective, he thinks the ID.3 will allow many car buyers to go electric.

That starts with the price this car will have. In Germany, the video mentions its entry-level version will cost around €30,000 without tax credits and other incentives. Volkswagen confirms that and says that, with these incentives, the ID.3 will cost €23,430.

Just for comparison purposes, the most affordable Model 3 costs €43.990 in Germany, also before incentives. The difference between the Tesla and the ID.3 would allow a customer to buy a brand new up! – or a used e-up! if you prefer to keep things electric.

The video also mentions the ID.3 will be about £800 cheaper than an equivalent VW Golf with similar specs. If that really happens, it will be clear Volkswagen will push EV adoption to an entirely new level: In Europe alone, the VW Golf sold 410,779 units in 2019.

The second aspect of this video analysis rests on the scale. Volkswagen is used to selling millions of vehicles. It has a robust and established dealership network. Its cars also have good reliability records.

Apart from all that, the ID.3 is slated to be the most important car for the brand, a place formerly occupied by the VW Beetle, which sold 22 million units, and the Golf, which sold so far 35 million cars. Those are the shoes the ID.3 will have to fill.

Volkswagen still has to sort out the software issue with the ID.3, preferably before it starts the car deliveries. It has already informed deliveries will happen without some of the planned functionalities for the car. Anyway, in what relates to pricing and scale, Electroheads may have a strong point to claim the ID.3 will be the car of the decade. You are more than welcome to try to refute that on the comments below. Just watch the video before you do so.