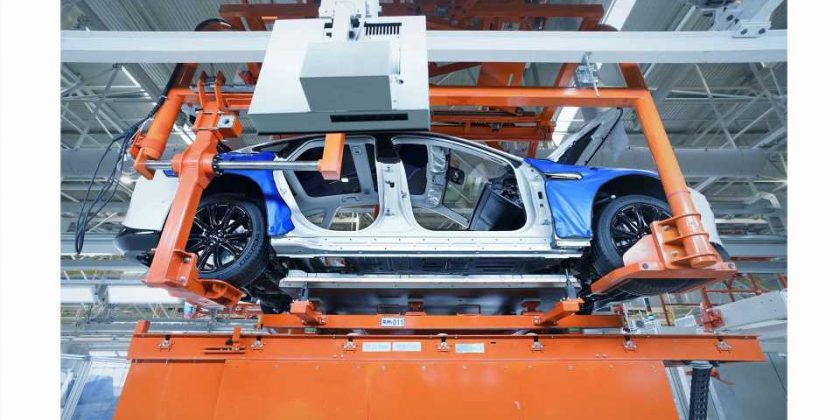 Xpeng is growing up fast

Xpeng Motors, took a giant leap forward today with the opening of its own, state of the art manufacturing facility in Zhaoqing, Guangdong Province. The move solidifies Xpeng as a serious player in the electric vehicle industry in China.

It’s not easy to get your own automobile manufacturing license in China, and many startups choose instead to form partnerships with established car manufacturers and have them make the cars in their existing plants. NIO, for instance, has its cars made at state-owned, JAC Motor’s plant in Hefei, China.

The Zhaoqing Xpeng Motors Intelligent Industrial Park, a 3,000-acre plot in Guangdong Province officially opened today and was built out over a period of 15 months.

“We are deeply proud of our achievement as a young company, in building our own wholly-owned smart manufacture base at Zhaoqing,” said He Xiaopeng, Chairman and CEO of Xpeng Motors. “Xpeng is now the only new smart EV maker in China that has both self-owned and contracted plants. We are a firm believer that manufacturing is the foundation of smart cars. Only when you build solid powertrain and vehicle hardware, can you differentiate with data operation, autonomous driving and connectivity software.”

This manufacturing plant is unlike most others and is highly automated employing 264 intelligent industrial robots. Xpeng says the facility is operated by a 600-member professional team. Seventy-four percent of the engineers working there have greater than 5 years of engineering experience and seventy-eight percent came to Xpeng Motors after working for an existing automobile OEM.

The factory consists of 5 distinct workshops:

Stamping Workshop: 100% automated. Steel plates are stamped and formed on the 6,600-ton large automatic stamping production line, capable of delivering as many as 12 pieces per minute.

Xpeng Motors was founded in 2014, and by 2018 was selling its first EV, the G3 compact SUV. Now, only two years later they have their own factory and manufacturing license, which is a huge deal in China.

Xpeng’s second vehicle offering, the P7, is a long-range electric sports sedan that will begin customer deliveries soon. With a starting price of about $32,000 after subsidies, the P7 looks like it’s going to be a very popular vehicle, and possibly take a bite out of Tesla’s market share in China.