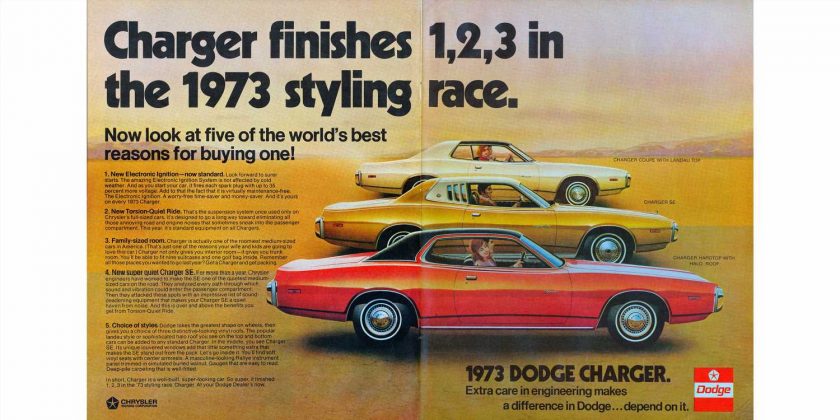 The 1968-1970 Dodge Chargers get most of the attention from restorers and auctioneers these days, but the curvy split-grille 1971-1974 Chargers rode on the same platform and got many of the same engines… until 1973, when emission-control rules really began to bite and net horsepower ratings came into effect. Here’s a centerfold magazine advertisement for three versions of the 1973 Charger, from the tail end of the era of hand-painted illustrations for car ads. So many happy Charger occupants, there on that dry lake bed!