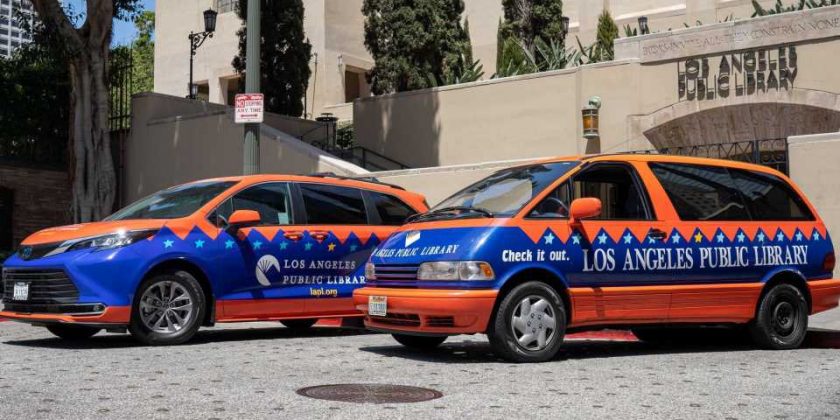 A new Sienna finally replaces their Previa after 26 years on the job.

The Los Angeles Public Library has a brand new minivan to use for various outreach programs and other functions. It’s a 2021 Toyota Sienna Hybrid, donated by the Southern California Toyota Dealers Association. When Toyota wrote this announcement, they probably thought the Sienna would be the focus of attention. Surely they must know the quirky Toyota Previa – the library’s former vehicle – has a massive cult following?

That’s right, a Toyota Previa. Back in 1994, Toyota donated a then-new Previa to the library, and apparently it’s been so cool having a mid-engine, rear-wheel-drive runabout that they just kept on using it. The egg-shaped minivan stayed on the job for no less than 26 years, dishing up its spacious interior for all kinds of community service.

“Our 1994 Previa served our community well and we logged thousands of miles traveling to and from our neighborhood libraries over the past 26 years,” said Madeline J. Bryant, principal librarian of the Youth Services Department, Engagement and Learning Division. “The new Sienna represents an exciting next chapter for the library and we’re grateful to have a safe, fuel-efficient vehicle that will help us expand our services to reach even more Angelenos.” 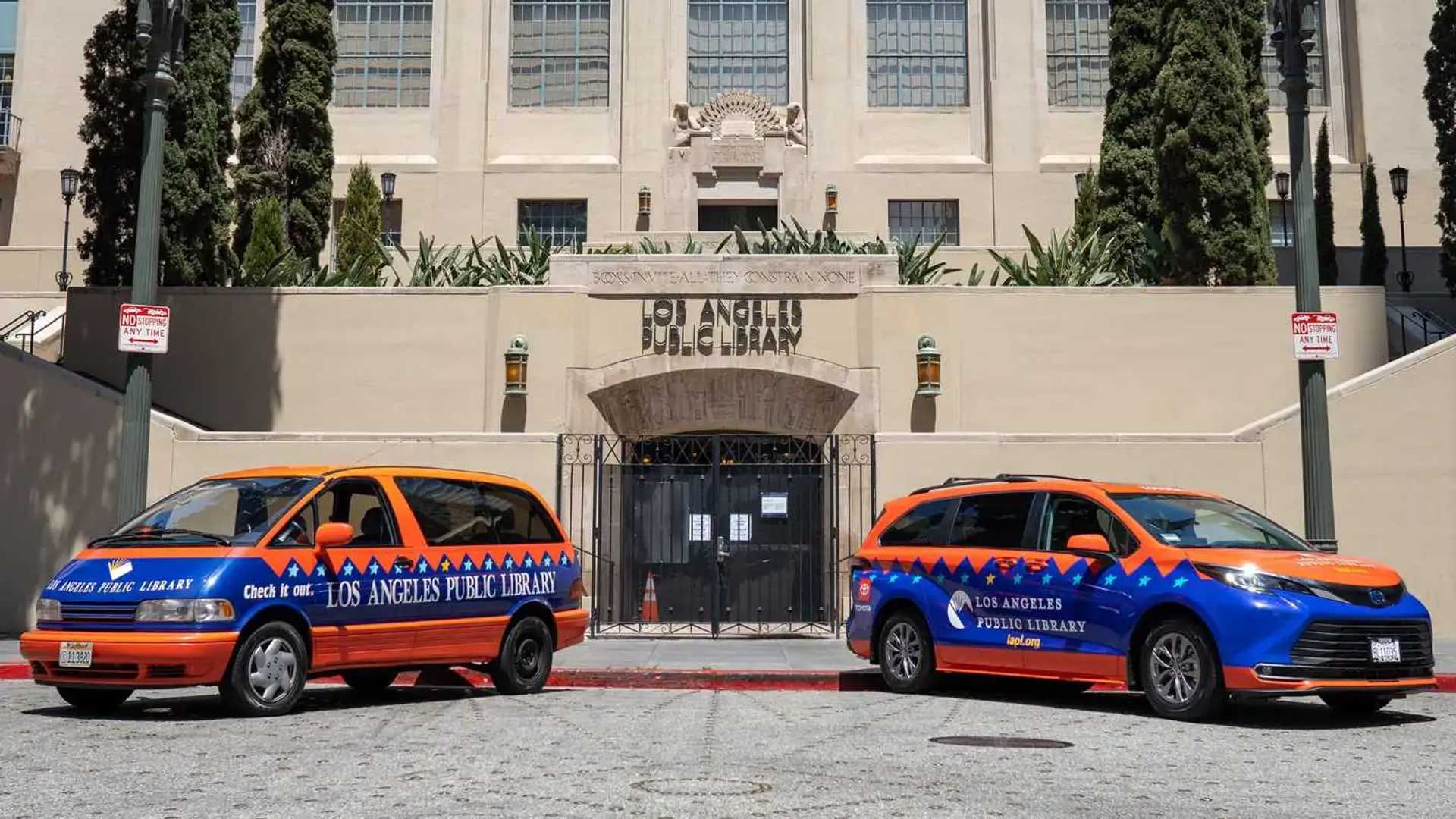 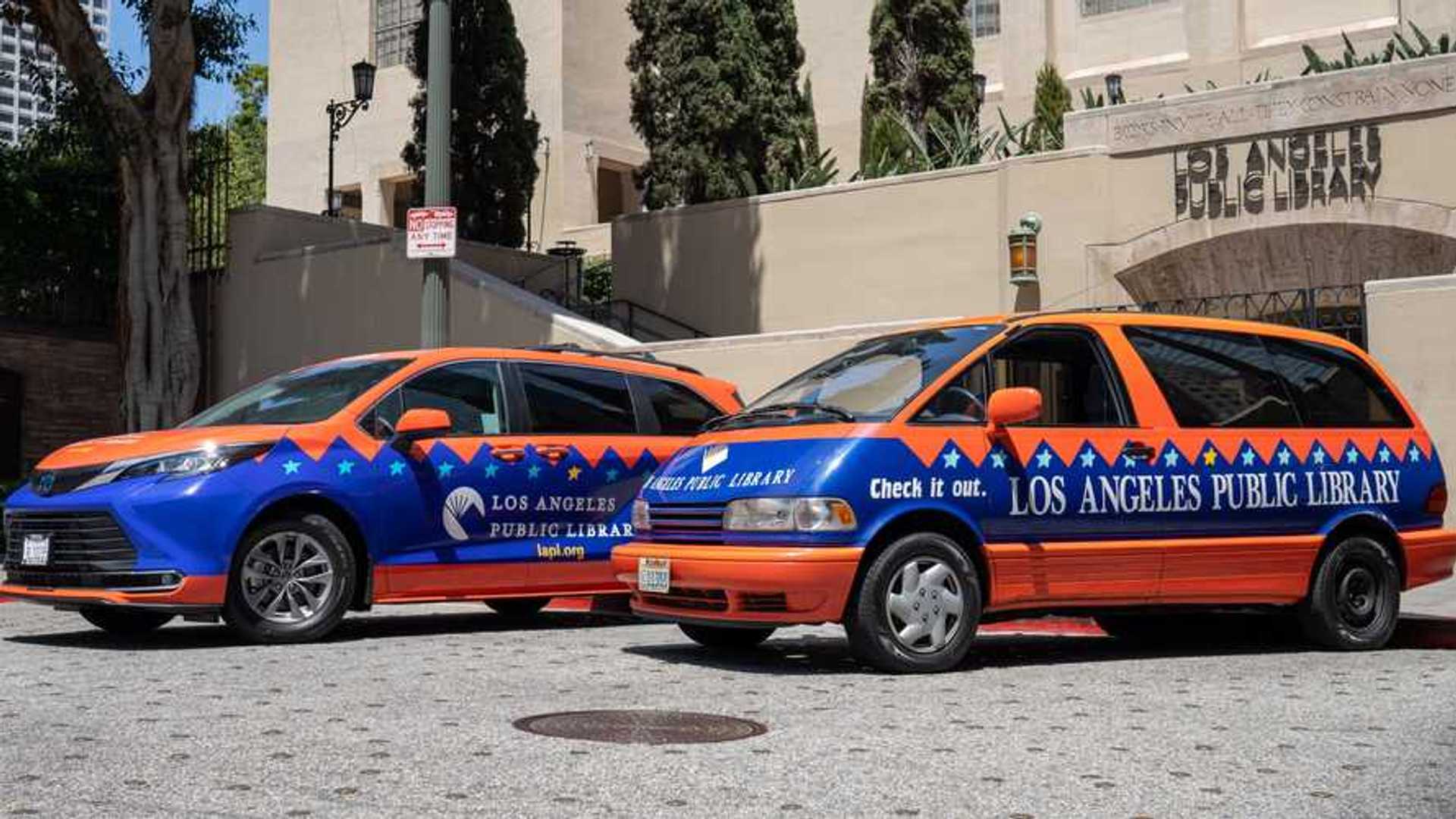 Of course, the Sienna is a significant upgrade over the Previa. Not only does it have nearly twice the power (245 horsepower versus 138), it’s also twice as efficient with a combined 35-mpg rating from the EPA. The Sienna also rides on slick aluminum wheels versus the steelies on the Previa, three of which apparently have wheel covers. Of course, the Sienna will never have the distinction of being a mid-engine exotic car, but if SUVs and crossovers continue to dominate the motoring scene, the Sienna could be a sought-after minivan relic 26 years down the road.

Now, we reach the question we suspect many of you are keenly interested in. What will happen to the library’s retired Previa? Details of its current condition and ultimate fate weren’t mentioned in the announcement, so if you’re part of the aforementioned Previa cult following looking for another van to add to your collection, better dial up the library before it’s too late.