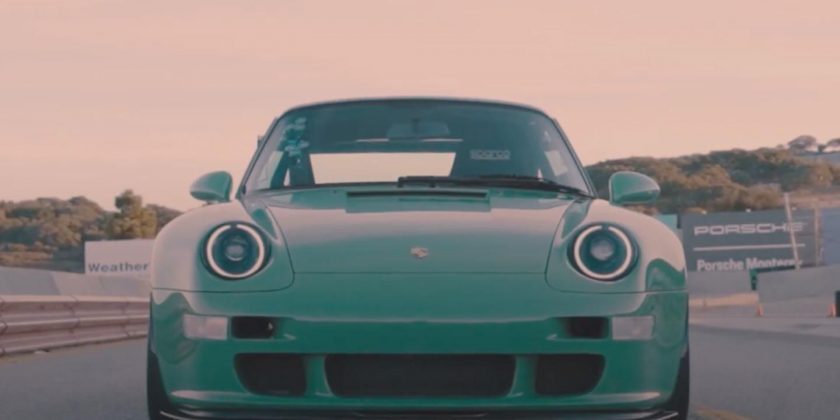 The time is impressive. The noise is glorious

California Porsche specialist Gunther Werks has clocked a 1:30.99 lap at Laguna Seca with its latest remastered 993, beating its previous air-cooled lap record there by 2.2 seconds – and ranking only two-tenths behind the quickest lap recorded by a McLaren P1. Admittedly, the P1 comparison isn’t entirely fair because Gunther’s road car achieved its time while wearing slicks – but it’s an impressive feat nonetheless, especially as the 993 in question has a naturally-aspirated motor and manual gearbox. Plus, it sounds amazing.

The spec is suitably exotic, with a race-tuned 4.0-litre flat-six producing 440hp and 335lb ft of torque, driving the rear wheels via a custom-built Getrag six-speed gearbox. It’s the American company’s most powerful 993 offering, surpassing an earlier 400hp model and affirming that there’s still life and performance to be found in renewed air-cooled Porsches. Not that any of us needed convincing.

While the engine is clearly an absolute peach, Gunther Werks itself suggests that progress made in the aerodynamic and chassis department are equally important factors in its new air-cooled record. The 993 – driven by American GT racer and Motor Trend writer Randy Pobst for the timed lap – comes dressed in EVO-21 bodywork, which includes an enormous, dominating rear wing that leaves anything fitted to a nineties 993 GT3 Cup car looking positively minuscule. The rest of the bodywork focusses on clean air flow and keeping the essentials cool.

Naturally, the combined ingredients work pretty well on circuit, with Pobst – who’s satisfyingly aggressive with the throttle blips – looking tremendously calm on Laguna Seca’s fast flowing layout. The 993 seems to put its power down without much stress everywhere, including over the crest of the Corkscrew, illustrating the sort of ability that enormous slicks and a rear-biased weight distribution buys you. On the subject of buying – because obviously we all want one – there’s no word on pricing. But Gunther Werks’ usual products cost over half a million dollars. As you were, then.