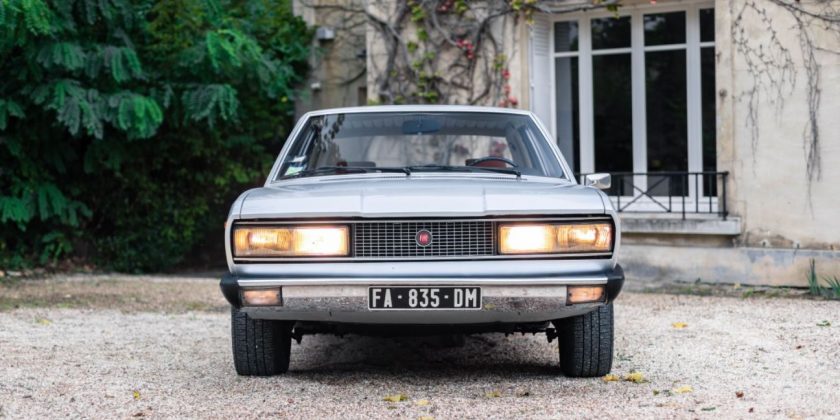 You might remember the best example of Fiat and Pininfarina collaborating was the Pininfarina Spider. That’s how the Fiat 124 Spider was known in the last few years of U.S. sales. But this was by no means the only example of teamwork by the two companies during that period.

In a few days Artcurial Auctions will offer something very different, but also a Fiat and Pininfarina collaboration, when a 1972 Fiat 130 Coupe rolls across the auction block.

Fiat might have been known for its range of small and midsize models by the end of the 1960s, including the popular 124 family which ended up being produced under license in several countries. The last derivatives stayed in production almost into the present day. But as popular as its small cars might have been, Fiat’s larger models were far rarer and mostly stayed confined to Europe, and Italy in particular. So if you wanted large executive sedan, Fiat certainly built those, just not for every market. 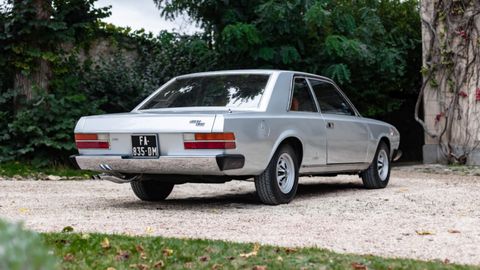 The early ’70s range-topper was the 130 sedan with V6 power underhood — very modern for its time but not produced in as great a number as most of Fiat’s other cars. But besides the 130 sedan Fiat also offered a radically restyled coupe version, penned by Pininfarina. The angular 130 Coupe appeared two years after the sedan at the 1971 Geneva motor show. The car’s 3.2-liter V6 with light alloy cylinder heads was good for 165 hp, with a choice of a five-speed manual or a three-speed automatic. The large Fiat coupe was a capable performer with a luxury interior, and was set quite far apart in price from the rest of the Fiat range.

Being a pricey and exclusive machine, production during most years was merely in the hundreds — 1972 was the high point with 1,746 produced. Other years saw numbers in the low hundreds. In production from 1971 through 1977 the Fiat Coupe was a rare sight even when new, and now the remaining examples all tend to be in very good condition. In other words, there’s almost no such thing as a neglected 130 Coupe — those cars left the road a long time ago.

The example that Artcurial will offer in a few days is described as a high quality example sought out by a Denmark-based fan of the model, who is the consignor. The interior is trimmed in orange velvet fabric, and Artcurial reports the model received “a major overhaul” in September last year. This car has also been optioned with the ZF five-speed manual, as opposed to the three-speed automatic the majority of these were ordered with. 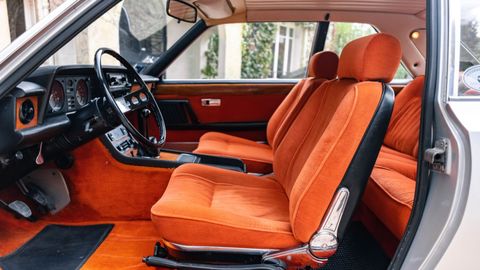 The auction house estimates this Fiat to bring between €15,000 and €20,000 on auction day, or between $17,700 and $23,700. These coupes come up for auction with some regularity, and the top estimate is pretty close to the top value range. In 2017 Bonhams sold a blue example for $13,594 at its Les Grandes Marques du Monde au Grand Palais, while another silver example we saw firsthand in 2010 at Bonhams’ Greenwich Concours auction with just 30,000 kilometers on the clock sold for $7,605.

Among other things this demonstrates that the right bidders have to be in the room for a 130 Coupe to crack the $20,000 mark, and also that the car has to be in very good cosmetic and mechanical condition if not outright concours condition. Like we’ve noted above, only the best examples are left, and low-mileage cars are quite common among them. But the long-term appreciation prospects of this model are not exactly bright. For one thing, you have to like the styling and also be willing to source some rare parts on occasion, if you intend to drive the car much.

Still, it’s hard to ignore that the 130 Coupe is a relative bargain when it comes to collectible Fiats, and there are only a handful of these in North America.

Visit the auction website to view all the lots and a detailed auction schedule.

Sign up for comments and let us know what you think about the Fiat 130 Coupe.