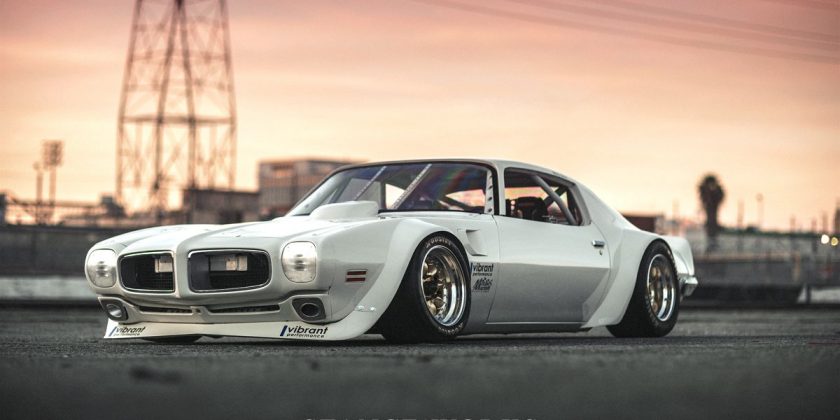 SEMA isn’t SEMA this year, it’s SEMA360! That’s the name organizers gave the first-ever online-only show. No more packing cars and attendees like car-culture sardines into the Las Vegas Convention Center. This year it’s all online for your protection. The builds you see here were sent in to SEMA virtually, through the miracle of modern e-mail. SEMA picked the best of them and posted them on its SEMA360 website. From those, we picked these, thus saving you the trouble of having to wade through them yourself. You’re welcome. Problem is, many of these are not from this year. But what the heck, cool cars are cool in any year, even these crazy COVID times. So click through and pick your favorites.

Speedway Motors built this 1967 Chevrolet Camaro a few years ago to develop autocross parts. Speedway has a video of it doing just that and it looks pretty fast. Their development driver was none other than Robby Unser. Designers also wanted it to look like a Hot Wheels car, so the team got a hold of Jeff Allison, a real Hot Wheels designer, to pick the paint scheme. The rear suspension is built around a salvaged IRS, with many custom parts, big wheels and tires and bulging fenders to accommodate everything. The front is a custom one-off consisting of rack-and-pinion steering, AFCO four-way adjustable coilovers, and Wilwood six-piston brakes. The 421 c.i.d. Bowtie block makes “north of” 700 hp. It might be the coolest Camaro we’ve seen so far.

This one actually debuted at SEMA last year but that’s okay. It took home the “Chevrolet Design Award” then for “Innovative use of Technology” and went on to win the best Pro Touring awards at the Grand National Roadster show. Builder Steve Keefer says the whole car has been widened five inches and virtually every body panel has been modified in some way to give it “a more aggressive and streamlined look without losing its classic Camaro identity.” It rides on a G-street chassis and is powered by a direct-injected LT4 with Procharger. Plenty of one-off 3D printed and CNC-machined parts are implemented in the build, including the all-billet grille and surrounds and complete tail panel. DJ Designs did the Euro-themed interior.

This build first parked at SEMA in 2018, so that makes it a classic by now. Riley Stair built this car over the course of 20 months, barely coming up for air. Its intricate tube frame surrounds an LS-based engine that revs to 10,000 rpm and makes 1000 hp. Holding it up are pushrod-activated coilovers. Everything was done by builder Stair himself. Looks nice no matter how long ago it first appeared.

Brett Domin has owned this since he was 15 years old and since then has restored it three times, each time creating a new and different car. An early build featured a 600-hp LS3 swap, Ridetech suspension with coilovers, 4 link rear suspension, and a 12-point cage. The cage is still in there.

This is one of the few builds that was put together for SEMA360, 2020. The striking red Camaro is powered by a Chevrolet Performance 502 crate motor mated to a Modern Driveline Tremec 5-speed conversion transmission. It has Fast 2.0 fuel injection and Comp Cams. It was built by young Joe Wilder of Wilder Rides for customer Rick Martin. Martin wanted a stockish look to the car but with the driveability of newer vehicles, so in addition to that 502 it has Vintage Air a/c, Unisteer rack and pinion steering and Wilwood disc brakes front and rear. The build took nine months.

Young Austin Phipps bought this car when he was 12 and spent eight years building it with his dad, Robert. Underhood is a fuel-injected Gen 1 small block 383 making 500 hp. Compression ratio is an impressive 10:1. Torque goes through a 700-R4 transmission and thence to a 10-bolt rear end. Holding the front end together is a stock crossmember while Austin and his dad built their own triangulated rear suspension. The future, it seems, is in good hands.

Not much info on this nice-looking build, but the owner did supply a video that shows it in process of being built. Nice sound track. But zero information. Nonetheless, it looks cool.