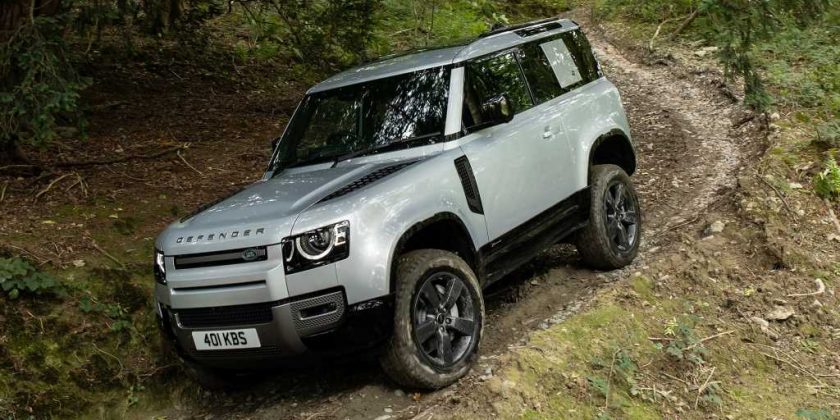 The Land Rover Defender is hot. (Just ask our 2021 SUV of the Year Judges, including yours truly.) Looking around Los Angeles with our eyeballs on the anecdotal pulse, the British SUV will be the must-have vehicle this winter. And if L.A., which still defines car culture, is craving the things, soon your town will, too. That said, the global pandemic has slowed everything down, including supply chains, meaning Land Rover is scrambling to build enough to meet demand.

As hot as the Defender may be, though, the excellent SUV is just getting started. There’s only one Defender you can buy in the States right now, the Defender 110 with a turbocharged inline-six engine. By late February or early March, Americans will be able to purchase a Defender 90 with the same engine or the gas-fired turbo four-cylinder that’s also currently on sale. We also know neither diesel four-cylinder nor 398-hp plug-in-hybrid versions will hit our shores, at least in the short term. I’d bet on the plug-in making the leap eventually, though, given that it uses the same powertrain as in Range Rover’s P400e models, which we do get, meaning there’s familiarity within dealerships and service facilities. Plus, you know, fuel-economy concerns. We asked Land Rover for comment, but they remained completely tight-lipped about the possibility. But that doesn’t mean we haven’t been hearing other news and rumors regarding our 2021 SUV of the Year—read on for more:

A Larger Defender 130 Is Coming

Back in the day, the numbers in Defender badging denoted the wheelbase, more or less. The two-door Defender 90 had a 90-inch wheelbase, the four-door 110 had a 110-inch long wheelbase, and the four-door 130 pickup truck had a 127-inch wheelbase. Well, the new Defender 110 rides on a 119-inch wheelbase, so in this day and age of random badge nomenclature, it’s best not to think too hard about such things. That’s because a larger Defender 130 is coming on the same 119-inch wheelbase, and it’s likely going to seat up to eight. That’s right—Land Rover’s going to stretch the body but leave the driveshafts, wiring harness, large sections of exhaust tubing, and similar items alone. The Defender 130 will then largely provide more room for cargo and for folks sitting in the third row, a much-needed improvement. What about troop-style seating where people face each other, as in Series II 110s of yore? Impossible with modern crash requirements, but at least when you flip that third row down there’s extra space for even more outdoor gear. We predict big sales for this new, bigger version of the Defender SUV.

Not One but Two V8s, Kinda

My second favorite Bob Lutz quote is, “Americans buy horsepower, but drive torque.” My first favorite (and personal mantra) is, “Often wrong, never in doubt!” Anyhow, us Yanks like horsepower, and the best way to give us our fix is via big, lumpy V-8s. To that end, we understand that two eight-cylinders are coming to the Defender party; to that end, expect one single engine in two different states of tune. You can observe this phenomenon currently at play in Range Rover models. The goofily badged Autobiography Fifty Edition has a supercharged V-8 that cranks out 518 horsepower. The even more comically named and spellcheck-defeating SVAutobiography Dynamic has the same physical engine, but it’s tuned to produce 557 ponies. We’ve also seen 575-hp versions of this engine in other Jaguar Land Rover products, and a 600-hp version in the awesome Project 8.

One V-8-powered Defender will top the regular lineup, while the other will carry SVR-badging. One engine, two horsepower ratings, two target customers. Most important, you’ll be able to get the Defender 90 with a V-8, perhaps even as an SVR. Sweet, no? As for whic V-8 it will be, we have to imagine that ye olde supercharged 5.0-liter V-8 will soon be headed to pasture if for no reason other than efficiency. We have to imagine it may also be challenging to get the fancy new electronics of the Defender to properly communicate with such an ancient engine, and a small firm like JLR doesn’t often have the cash needed to design a new engine. (It just developed the inline-cylinder Ingenium family, after all.) An all-new V-8 doesn’t make much sense in the era of electrification and tightening emissions standards, either. Signs point to JLR sourcing its engines from elsewhere—BMW has long been floated as a possibility—so watch this space.

A Diesel Inline-Six Is Happening

But we’re probably not getting it. Part of the beauty of Jaguar’s Ingenium engine family is that the same substantial parts (block, crankshaft, connecting rods, pistons, headers, etc.) can be used for both gas and diesel engines. Doing so reduces cost and makes it easy to turn the gas inline-six into a diesel-burner. This is exactly what Mercedes-Benz does with its M256 48-volt inline-six. But while Land Rover is making such an engine, it’s too bad we don’t get it; it will be relatively torquey and relatively light. However, Americans just can’t seem to wrap our heads around diesel powerplants in anything other than a truck, so while the Ingenium diesel inline-six will pop up in Defenders all around the world, the aforementioned PHEV Defender is what will come stateside in 2022.