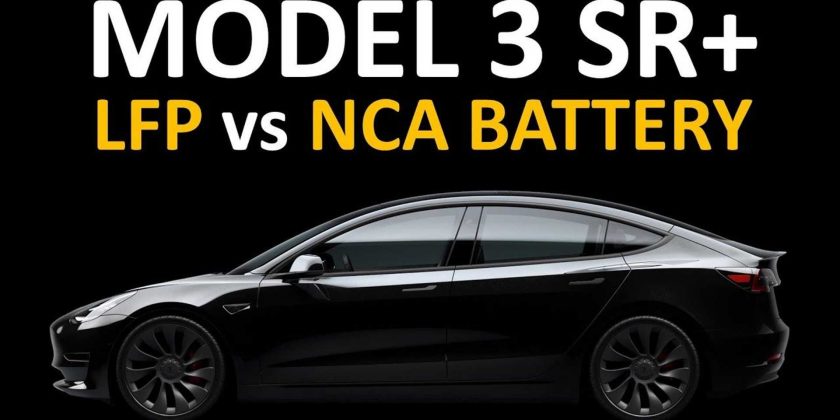 What are the advantages and disadvantages of Tesla’s LFP battery pack?

Tesla just started reaching out to Model 3 reservation holders in the US to ask if they’d be interested in switching their order to a new version of the car that’s outfitted with Lithium Iron Phosphate (LFP) battery cells instead of the usual Nickel Cobalt Aluminum Oxide (NCA) cells that have been commonplace in North American Model 3 sedans.

For starters, we’ll say that there are a whole lot of technical details that could be said about various battery chemistries. And, while we have a very intelligent and well-read fan base that could easily engage in an in-depth conversation about LFP versus NCA, there’s no real reason to go down that road in this article. The video above breaks down all the important information to help you make an educated decision.

With that said, we’ll always encourage you to start a detailed conversation about this topic and share your wisdom in the comment section below. However, for the everyday Tesla driver, it really comes down to a few key details: range, charging time, safety, and longevity.

As you may already be aware, Tesla sells the Model 3 with LFP battery cells in areas outside of North American. It has been assumed for some time that the LFP Model 3 may eventually make its way to our shores, and now those rumors have come true.

Tesla recently sent an email to Model 3 Standard Range Plus reservation holders – most of which may be waiting for an extended period of time to finally take delivery of their cars – asking them if they’d be willing to switch to an LFP Model 3. The car would have about 10 fewer miles of EPA-estimated range, but they’d likely be able to take delivery much sooner. Below is a tweet of the email, along with Elon Musk’s take:

Popular Tesla owner and YouTube influencer Jonathon Stewart (Cleanerwatt) took the time to look into the LFP battery cells as compared to the typical NCA cells. This way, you can have a better understanding of exactly what you’re signing up for before you take the plunge.

Are you on board with Tesla’s LFP battery cells? Let us know your thoughts in the comment section below.