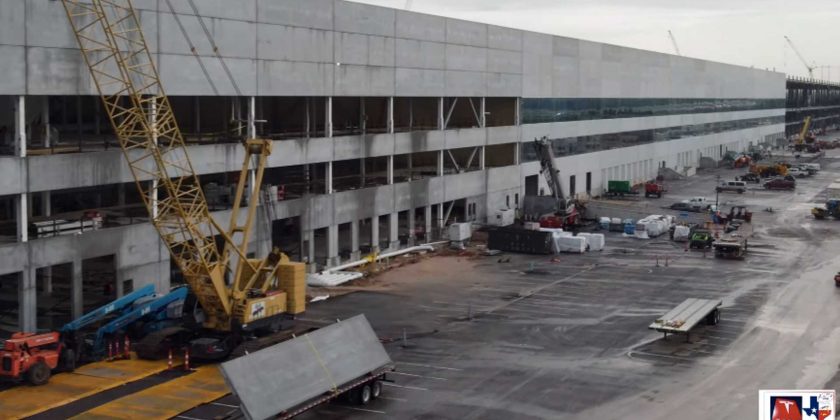 Tesla’s new Gigafactory that’s being built near Austin, Texas is expected to be completed this year, before it begins full-scale production in 2022. However, the first vehicles may roll off the production line way sooner than that, just weeks from now, according to one source familiar with the matter.

We previously reported over a month ago that Tesla had already begun testing the robots that will assemble the Model Y, they had also started casting parts for the vehicle, then the first and most recent sign of production was a Model Y body. The latter was most likely used to check clearances before the robots were installed in that part of the factory, but it’s clear Tesla is doing all it can to start production as quickly as possible.

Now Teslarati says it has insider information that production may start as early as next week, albeit not full-scale production of road-ready vehicles. First, Tesla will perform test runs to make sure the entire manufacturing process is ready, but once those are completed, actual production of Model Ys that will reach customers can begin; the source says that moment is some two months away.

Once Model Y production is ramped up, Tesla will shift its focus to Cybertruck and Semi production at the new Austin facility. Both are expected to be built at Giga Texas; initial plans predicted the first Cybertrucks would be built at the facility by the end of 2021, although there is a chance it may be pushed back.

Regarding the Semi, there is no official confirmation that it will be built in Texas too. Tesla has yet to officially assign a production location to make the Semi, which has now been delayed until 2022. Tesla currently has a theoretical annual installed capacity that exceeds 1-million units, between its California and Shanghai locations, and it expects to deliveries to increase to 750,000 in 2021.