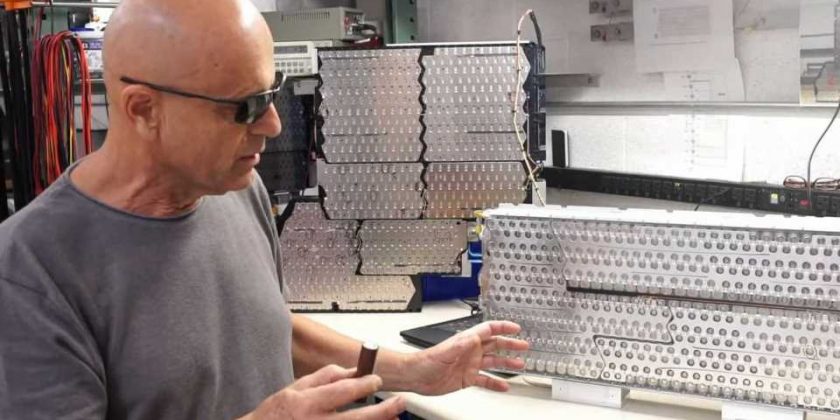 Gruber explains that it took just one cell out of over 7,000 to completely shut down the Tesla Model S’ battery pack.

Gruber Motor Company is widely known in the Tesla and electric car community, mostly for its Tesla Roadster repair. However, as we’ve pointed out in the past, it doesn’t just repair Tesla Roadsters. In fact, it repairs all Tesla vehicles, though the Model Y isn’t yet listed on its website. We assume the guys wouldn’t turn one away, since it’s very similar to the Model 3.

Gruber reached out to us after it recently added a new service, which it says is proving very popular in the EV community. It has already gained some steam on social media, and for good reason. Gruber’s newest service is a Tesla Model S battery pack repair. It’s listed as “MS – Main Battery Repair” in the service section of Gruber’s website.

According to Gruber Motors, it decided to dive into a Model S battery. The technicians took apart a customer’s Model S in order to isolate a bad sheet and battery cell. Interestingly, all it took was one single cell out of over 7,000 to completely shut down the main propulsion battery pack.

With EV batteries being the most expensive part of the car, and ridiculously expensive to replace, this service could prove extremely helpful to many Tesla Model S owners. Rather than having the battery pack completely replaced, they can opt for a repair.

Before you take the plunge, you can check out the process by watching this two-part video series. In the videos, Gruber takes us through its process for taking apart the Model S’ battery and repairing its underlying issues. Once the channel releases part 2, we’ll share it with you here. If you’d rather read about the process in detail, Gruber lays it all out here.

Check out the Model S battery pack repair information linked above, as well as the video. Then, leave us your EV battery wisdom in the comment section below.