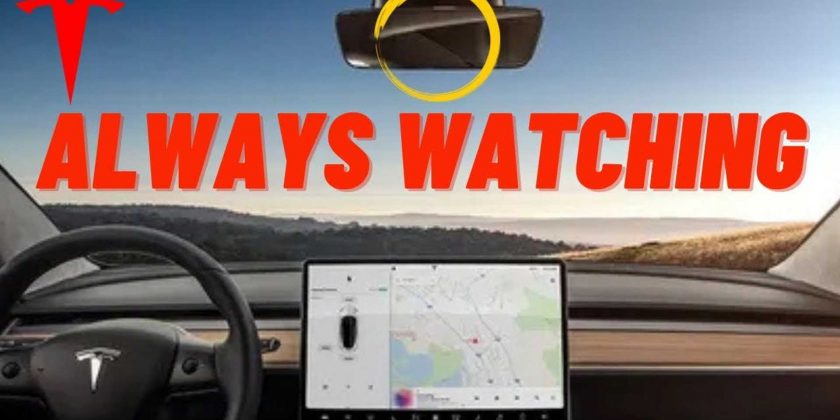 Tesla has officially added driver monitoring via a camera inside the cabin. Does it actually work?

As you may already be aware, not long ago, Tesla initiated a new in-cabin driver monitoring system. Elon Musk has spoken out against such systems in the past, but since Tesla’s cars already have an in-cabin camera, the brand was able to launch an over-the-air software update, which allows the camera to “watch” the driver.

Tesla has been under much scrutiny for many years over its Autopilot driver-assist system, and more recently, its Full Self-Driving Beta technology. While some of the negative media coverage has come about due to a handful of crashes in which Tesla’s advanced driver-assist systems may have been involved, one of the bigger issues seems to be its lack of an “appropriate” driver monitoring system.

Many other cars have in-cabin cameras to monitor drivers, so it made sense for Tesla to add the feature. Prior to the new feature, Tesla’s vehicles aimed to detect torque on the steering wheel from the driver’s hands. However, it has been proven that the system can be tricked. Aside from folks who are maliciously trying to trick the system and making unsafe choices related to the technology, the “hands on the wheel” system seems to work as advertised.

When it comes to safety, Tesla claims to be the global leader. With that said, if it’s going to offer such technologies, it should do everything in its power to assure that they’re safe, not easily tricked, and in compliance with any regulations that come forth.

As Teslarati pointed out in a recent article about the topic, we’ve seen leaked information from hackers showing what Tesla’s new monitoring system detects, such as the Twitter post below:

One of the leaks pointed out that the system can “see” drivers looking at their smartphones. According to Tesla’s release notes for the new monitoring system, via Teslarati:

“The cabin camera above your rearview mirror can now detect and alert driver inattentiveness while Autopilot is engaged. Camera data does not leave the car itself, which means the system cannot save or transmit information unless data sharing is enabled.”

While we know the system is in place and active, we don’t really know exactly how well it’s working. Thankfully, Tesla has the ability to continuously update and improve it via its over-the-air software updates.

In the meantime, Tesla owner and influencer Tesla Raj put it to the test in his recent video, embedded above. Check it out and then share your thoughts with us in the comment section below.