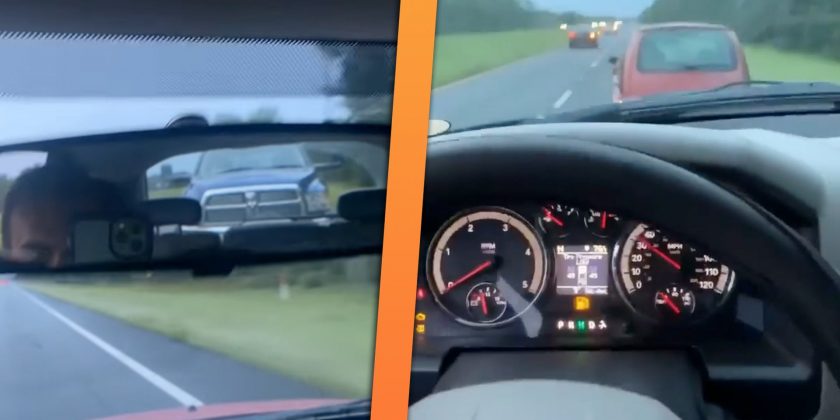 You’ll have a hard time finding people who love the Chrysler PT Cruiser, but that’s not to say they get no love at all. Take Tim Sellers, for example—he’s been proving that what many folks consider to be the world’s worst car can do crazy things. And while Chrysler’s engineers never intended for them to haul entire drivetrains in the trunk—or flat-tow a diesel Ram pickup 10 miles—they apparently can without blowing up spectacularly.

No one reading this should find out for themselves, of course. But Sellers has been documenting his PT Cruiser’s trials across Facebook and Instagram, so that’s how I got ahold of him. I first saw him post in the Trucks Over Payload/Towing Capacity group Monday morning and hopefully you won’t blame me for being amazed. It’s…quite the visual. 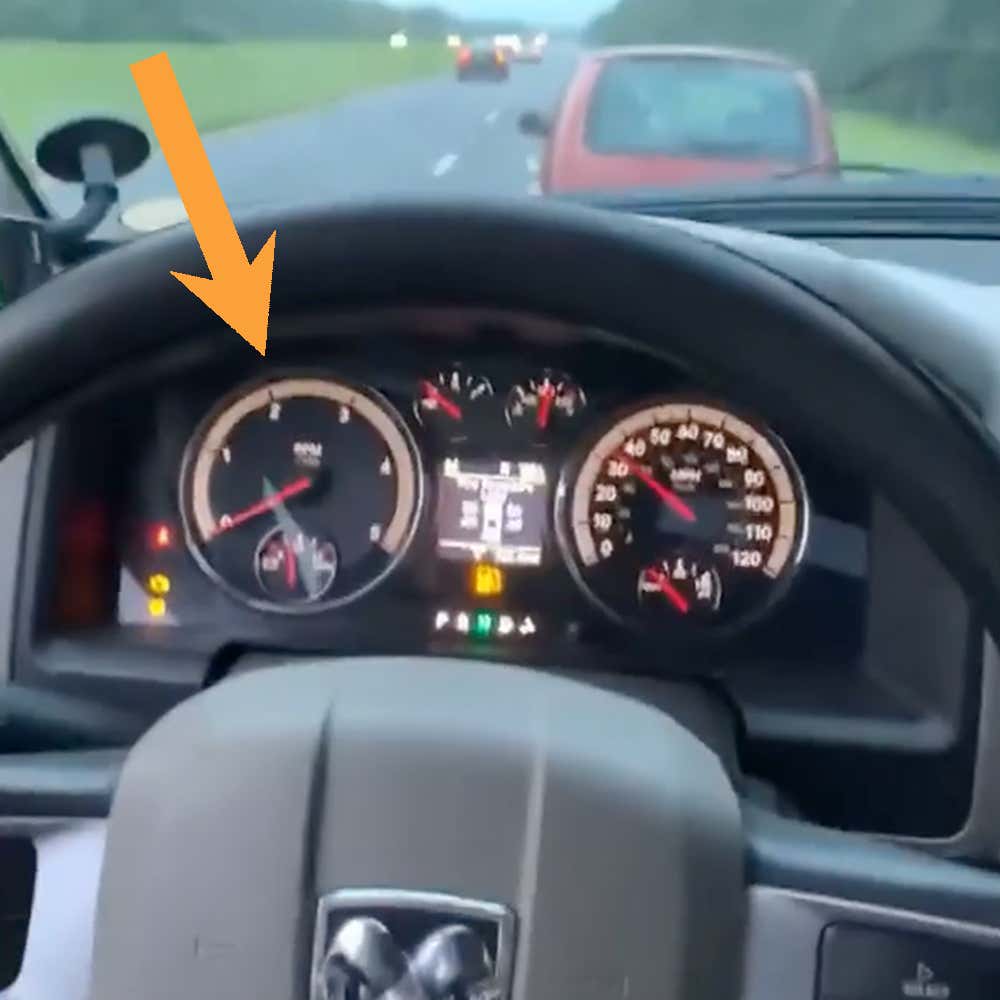 Sellers told me the car is a 2005 PT Cruiser that he got for free. It’s powered by a 2.4-liter four-cylinder, which sends its output to the front wheels via a four-speed automatic. It carries a rebuilt title due to a side impact in a past life and, admittedly, the poor thing probably wishes it would’ve been crushed after that. From what I’ve found, it was never meant to tow anything over 1,000 pounds; a crew cab Ram 2500 with the 6.7-liter Cummins weighs around 7,000 pounds.

The truck had run out of diesel, Sellers says, so he volunteered to tow it 10 miles to a gas station. In the video he shared, you can see the PT Cruiser somehow managed to cruise around 3,000 and 4,000 rpm at an indicated 60 miles per hour. There’s even a video from the truck that shows the teensy Chrysler pulling it down the road, albeit at a speed of around 35 mph.

Beater cars go viral pretty often for hauling loads way over their max tow capacity. There are plenty of junkers out there that can complete a feat like this, if only once. Just look at this Geo Tracker moving a big triple-axle camper.

There might be a secret sauce here, however, that allowed Sellers’ car to drive another day. The hard part was over, more or less, once the car and truck got rolling. It requires a mighty effort to take off from a standstill, and the PT Cruiser only makes 150 horsepower and 165 pound-feet of torque in stock form. After all that revving, cruising becomes easier since you’re simply maintaining speed; stopping would be the most worrying part, especially with all that weight pushing you from behind.

While there’s no doubt that 10-mile haul was about nine miles further than I’d want to pull a truck in a PT Cruiser, at least it wasn’t a 100-miler. That would increase your chance of coming up on a grade, which would be enough for disaster—no matter if it was uphill or down. Luckily, Sellers’ stunt was performed on Florida roads, which are extremely flat. It’s likely because of all this that he was able to drive it an hour home, and then every day after that.

Mind you, this came after he stuffed a Mazda CX-7 engine in the back, along with a Subaru CVT and some brake rotors. He says that load totaled somewhere around 1,100 pounds. 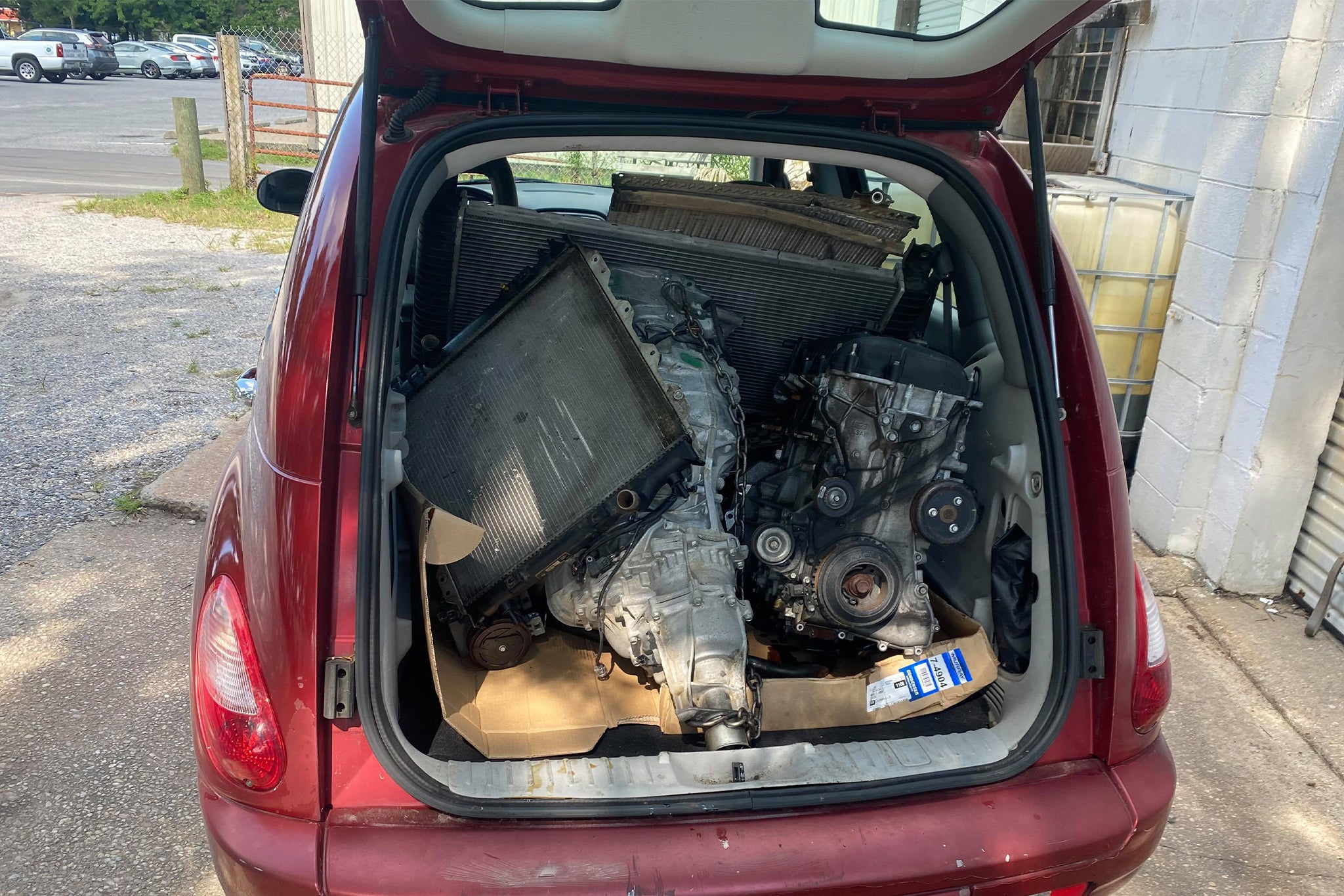 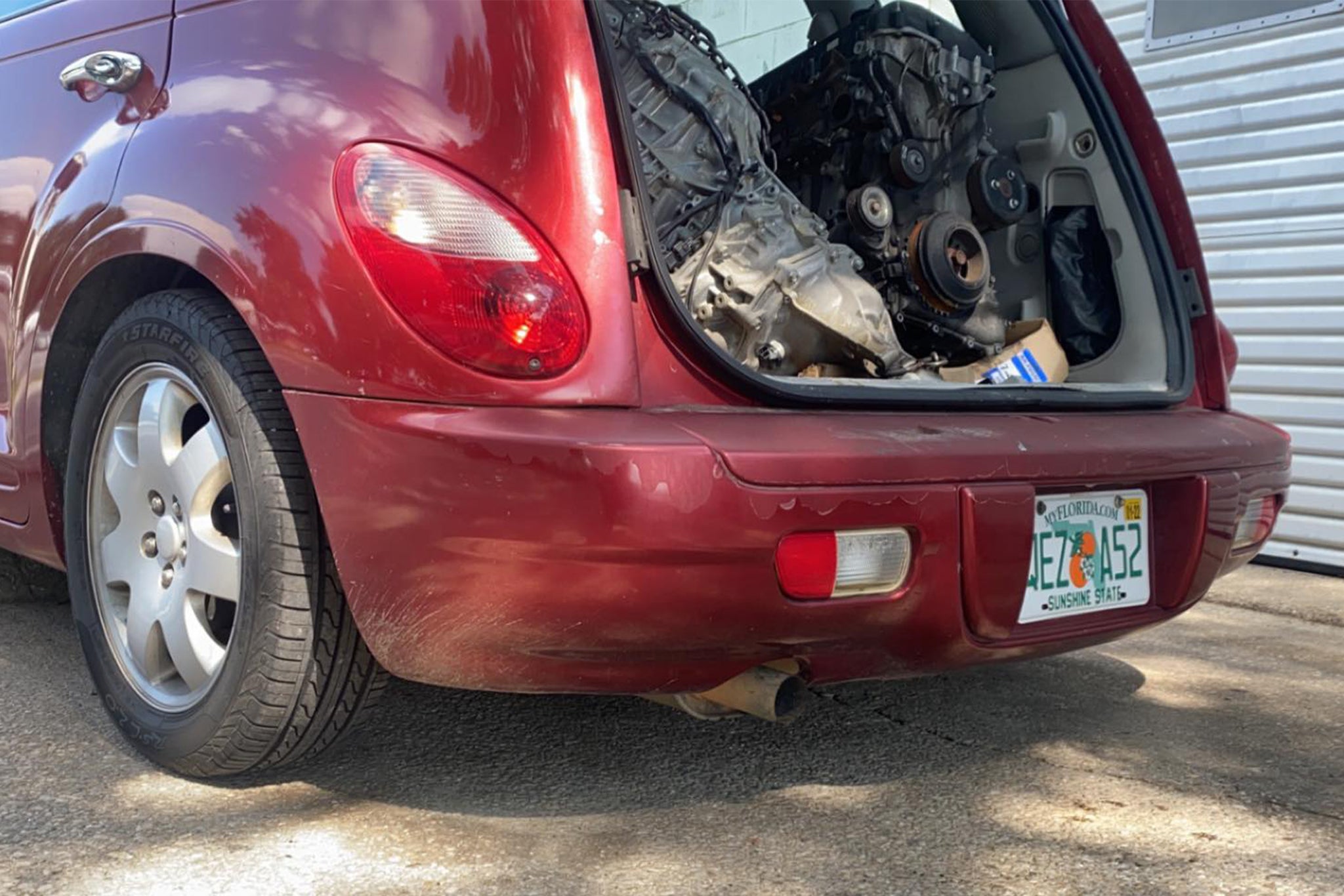 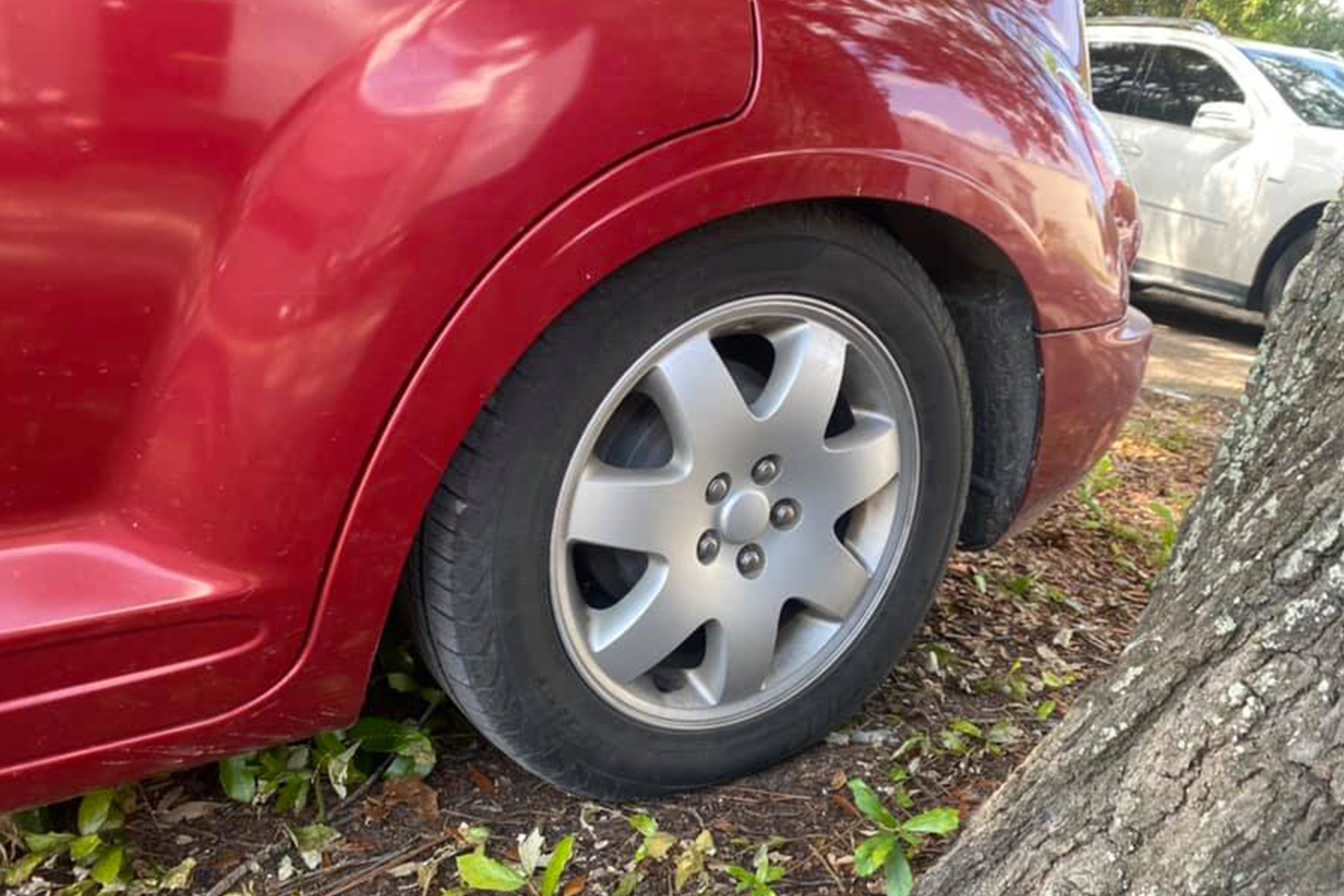 “I drive it every day and try to find the most obnoxious uses for it,” Sellers explained over Facebook Messenger. “I got the car for free and plan to give it a well maintained but extremely difficult life. Let’s see how good a deemed bad car can be.”