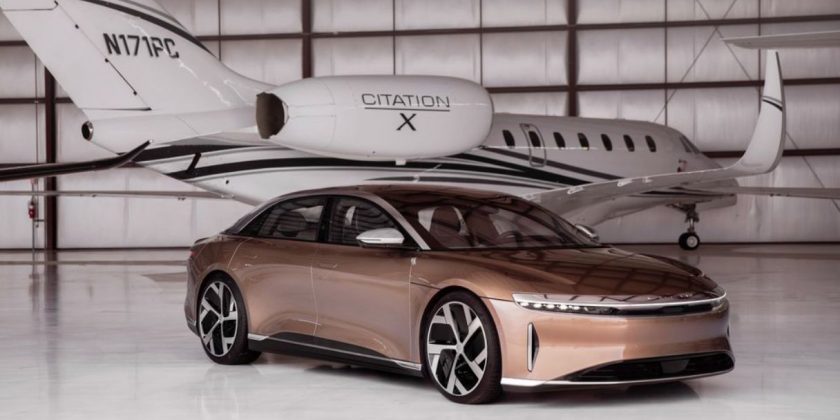 Earlier this month the EV startup Lucid unveiled more details about its electric luxury sedan, promising a range of 503 miles on a full charge and a price tag for its Lucid Air Dream Edition of $161,500. The promised range of the sedan shrunk a bit from earlier estimates but stayed north of the 500-mile mark, while its planned 113-kWh battery is set to be one of the largest to be fitted to a passenger EV of any segment.

Among other things, the Lucid Air carried an air of a time that’s now mostly in the rear-view mirror, specifically a decade or so ago when EV startups from all over the world were promising electric luxury cars with impressive performance figures and equally impressive prices. Faraday Future was among those seeking to field just such a fantastical machine with a six-figure price tage, and held out longer than most others after burning through a fantastical amount of cash. Those types of exotic EVs also seemed to be aimed at a very narrow audience: Millionaire early adopters with a high degree of enthusiasm for EVs.

Are we still in that era of electric cars, when EV enthusiasts (largely from the two coasts) were itching to get the latest six-figure EV?

The next wave of EVs that will compete for customers’ interest may largely come from the other end of the price spectrum, and will target a very different audience as Volkswagen readies a small tsunami of ID-badged models priced to compete with gas-engined offerings, targeting casual car owners. A wave of electric pickup trucks is also on the horizon, with most expected to be priced well within the range of internal combustion-engined pickup trucks. Of course, Mercedes’ EQS won’t be an inexpensive electric sedan when it lands on store shelves with a starting price around $100,000, but it won’t come from a startup seeking out a Bay Area millionaire audience.

Is the era of six-figure EVs targeted at early adopters with deep pockets coming to a close? Or will there still be plenty of EV startups in the new decade promising such exotic wares?