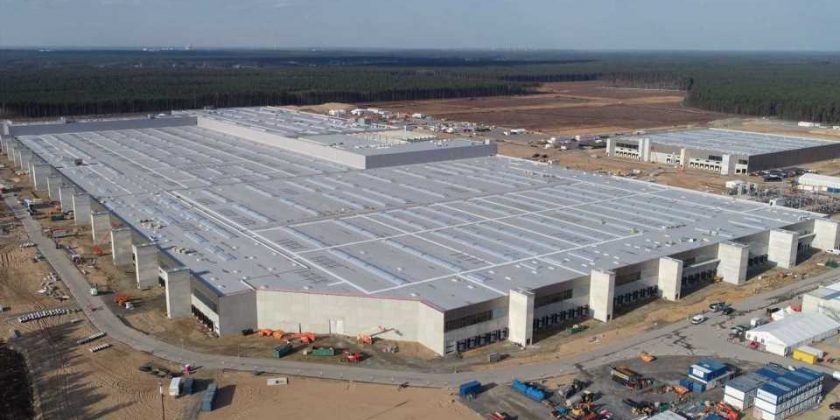 Not long after Elon Musk blamed bureaucracy for Gigafactory delays in Berlin, it seems progress is mounting.

According to a recent report published by Teslarati, Tesla may be finally facing some good news related to its upcoming Gigfactory in Germany. This comes on the heels of a recent visit to the area by Tesla’s Elon Musk. The vocal CEO also made comments blaming bureaucracy for Gigafactory delays in Berlin.

When Tesla first announced Germany as the site for its fourth factory, many people forecasted that it would be rocky. Germany has lots of red tape, and while that was also a concern when Tesla entered China, the brand was able to push through. That hasn’t been the case in Berlin, but if these recent reports are true, there could be a light at the end of the tunnel.

Based on the tweets below, Teslarati suggests that a preliminary approval from the Brandenburg government will allow Tesla to begin working on installations related to final assembly.

According to the information in the tweet, Tesla is now allowed to start installing “machines and aggregates” at the factory. The shared tweet above from MLUK Brandenburg reads (via Google translate):

“#LfU #Brandenburg today granted the approval of the early start for the installation of machines & units (including for the assembly of interior fittings, cockpit, merging of chassis, engine) in the final assembly at #Tesla #GigaBerlin.”

Further, the Brandenburg Ministry of Agriculture, Environment, and Climate Protection made an announcement stating that it has, in fact, given Tesla the preliminary approval to install the machines for final assembly processes.

Elon Musk has been touting the German Gigafactory ever since it was first announced. In order to better compete with legacy German automakers that are known across the globe for their exceptional build quality, Tesla will strive to make the German Model Y its most precisely built vehicle to date.

Meanwhile, as Tesla works through the red tape in Germany, it’s already cranking out Model Y casts at its unfinished Gigafactory in Austin, Texas. It’s quite interesting how different the rules are in the US versus Europe.