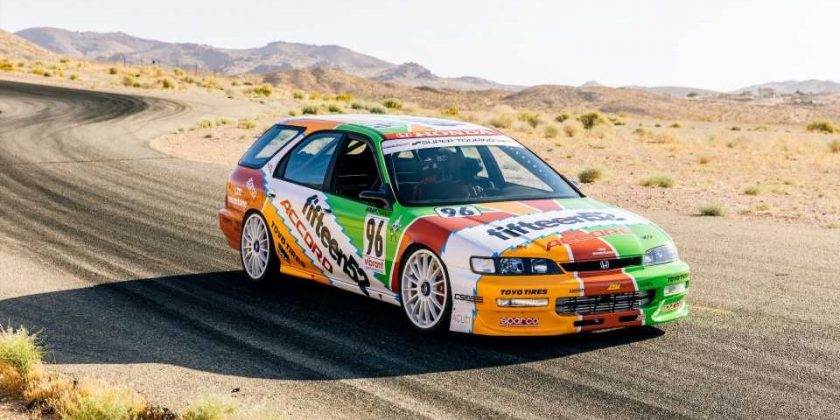 Two things happened in 1996. No more, no fewer. One was the foundation of off-road and performance wheel manufacturer Fifteen52, and the other was the Honda Accord’s domination of the Japanese Touring Car Championship, winning eight of the 12 races it contested. Twenty-five years onward, and with one of Honda’s Type R crate engines in its possession, Fifteen52 decided to help Honda commemorate their coinciding anniversaries by commissioning Project 96; a ’96 Accord wagon track car halfway between the winning Accords of yore and a modern Civic Type R.

Engineered in large part by Honda Performance Development and Mountune, this Accord accounts for one of three demo cars built from FK8 Type R engines donated to shops, the other two being a CRX and an S2000. Though the Accord’s chassis is easily the porkiest of the three, its build specification brings it halfway between its JTCC muse and a stock FK8, making it more than capable of holding on to the 2.0-liter K20C1’s 306 horsepower and 295 pound-feet of torque. 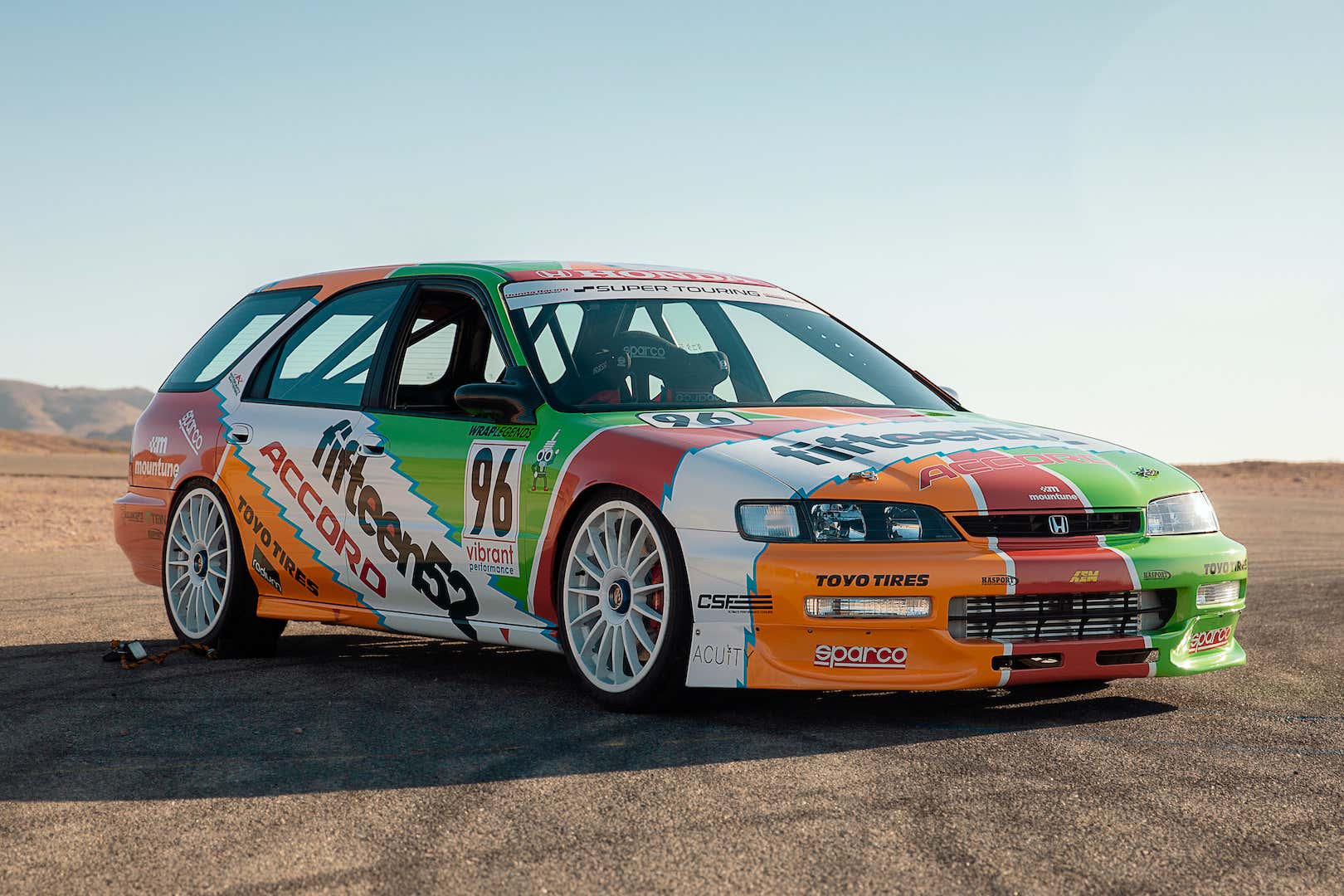 Save for some special piping and X-Clutch friction material, the powertrain is stock FK8 like the brakes, which consist of the Brembos from the Type R. Around them spin Fifteen52 Super Touring Podium wheels and Toyo RR performance radials—the interface between the road and Project 96’s tightened chassis. Caged by After Hours Automotive, Project 96’s unibody is suspended on Tein Street Advance Z coilovers, with Hardrace control arms, tie rods, and toe links to maintain alignment. 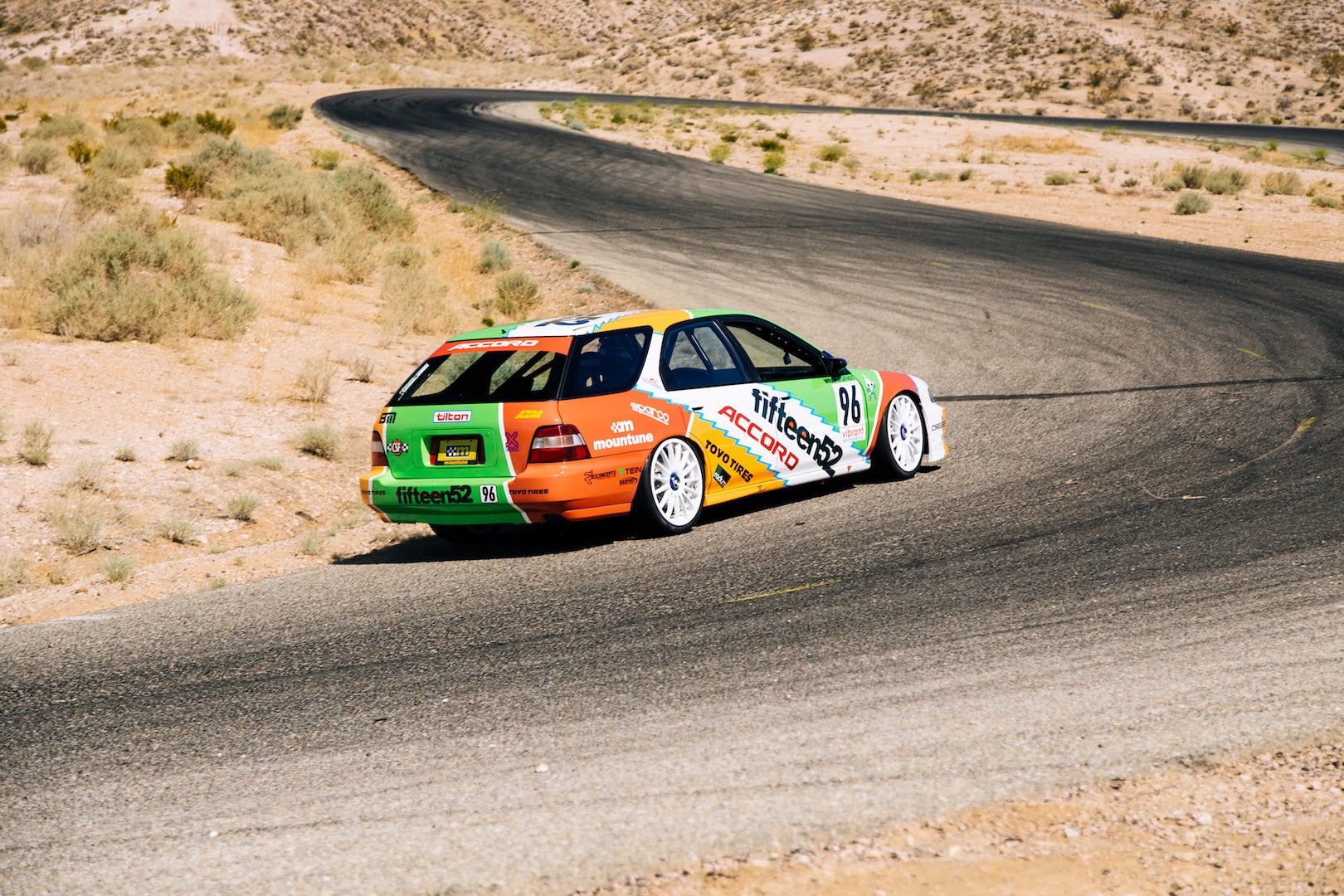 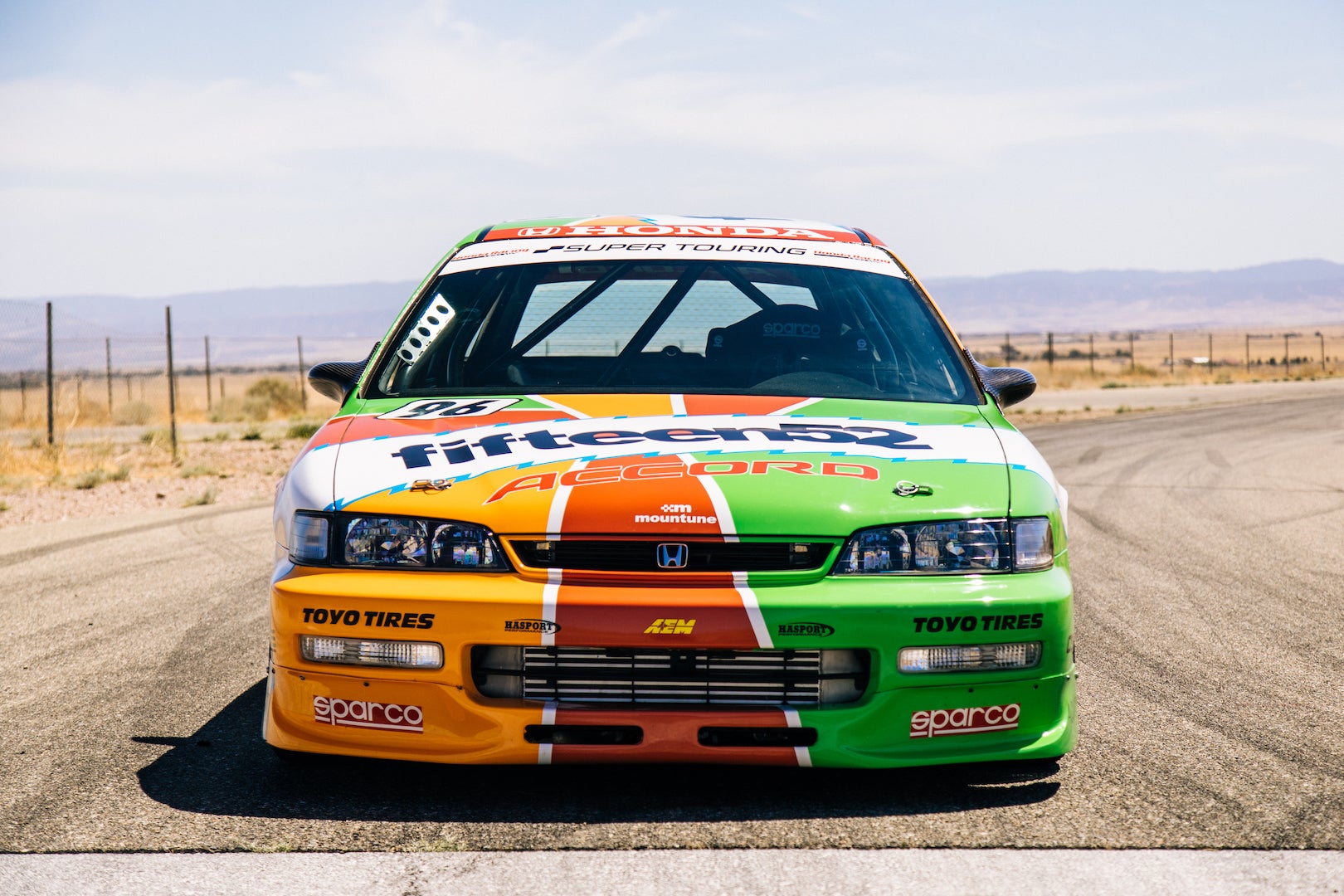 Behind the carbon dashboard, the driver communes with Sparco surfaces galore, including the quick-release steering wheel, seat, and racing harnesses. As any safe seat and harness combo does, it restricts the driver’s movement and forces them to rely on the car’s mirrors, which in this case are one-off reproductions of the JTCC Accords’ aerodynamic housings. Just to keep things authentic, Project 96’s lighting has also been switched to JDM spec.

No performance figures for Project 96 aside from power outputs have been published, though it’d be a surprise if it were much slower around a track than the FK8 Type R. With all that’s been done to it, Project 96 might feasibly even be quicker. Clearly, the only way to find out is to drag Keiichi Tsuchiya out of retirement for one more episode of Hot-Version.