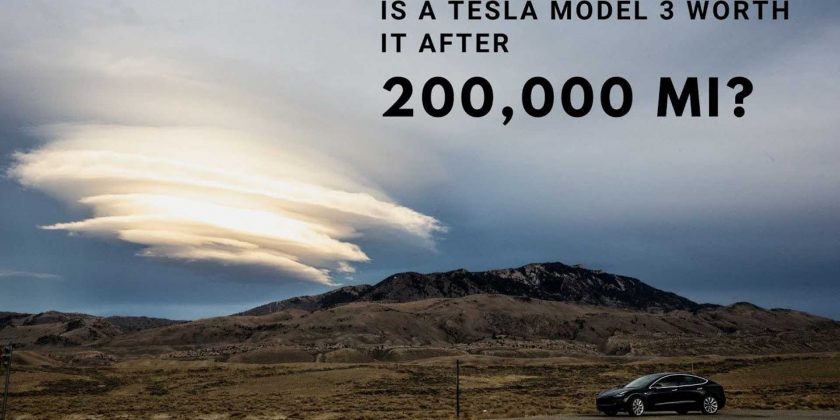 The Tesla Model 3 is the best-selling EV of all time, yet given that it’s only been on sale since 2017 just a handful of people have managed to drive one for more than 200,000 miles. One such person is Arthur Driessen, who runs the YouTube channel Voyage Without Carbon. Arthur uses his Model 3 to travel around North America and create content for his channel. Since he took delivery of his Long Range Model 3 in March 2018, he has clocked up over 200,000 miles.

Arthur first discussed maintenance costs. Nothing serious has gone wrong, however he has had to fix a few things. Notably the charge port door needed fixing, as well as the driver and passenger side control arms. There were a few other issues with the trunk wire harness and door window switch. Two rims also got cracked, meanwhile he got rear-ended by a buffalo in Yellowstone. He’s currently on his sixth set of tires.

Arthur has spent approximately $12,000 on Supercharging – keep in mind that he’s always on the go and rarely makes use of cheaper home charging, unlike most people. His battery has experienced around 13% degradation after 200,000 miles.

In summary, Arthur has spent $27,000 on his Model 3 between electricity and maintenance costs. Couple that with the initial price of his vehicle and insurance costs over the past 4 years and you get a total ownership cost of $85,000. Arthur reckons if he had an equivalent gasoline car it would have cost him over $30,000 more for the same period and milage.

Arthur concluded that his Tesla was the best investment he ever made. It’s fun to drive and saves him money, all while reducing his carbon footprint. He now feels like he’s stepping back in time whenever he drives an ICE vehicle.