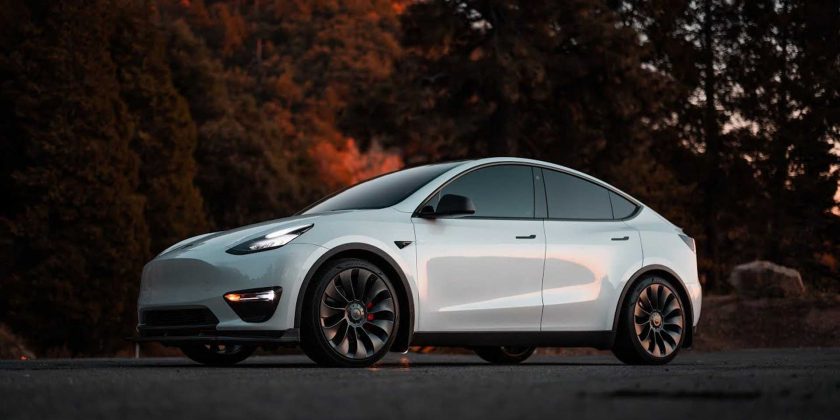 The Tesla Model Y remains the default choice for the majority of people interested in an electric crossover. With great tech, plenty of practicality, fantastic range and (especially in Performance guise) breathtaking acceleration it’s a pretty hard package to beat. But what’s the Model Y like to live with for a year? Armando Ferreira tells us all about his Model Y ownership experience in his latest video.

First Armando spoke about Tesla’s simplified buying process, comparing it to buying an Apple product. He also noted how Tesla frequently updates their cars, chopping and changing parts on a month-by-month basis. This is frustrating as good features like radar sensors and lumbar support have been removed in the past. Armando said his delivery process was painless and quick, taking less than 30 minutes.

With regards to build quality, he said everything was “pretty rock solid” although some issues emerged a few weeks in – passenger headlights weren’t turning on for example. However fixing this problem was of little inconvenience with Tesla coming to his home to solve the issue. In fact, in a year of ownership he only had to visit the service center once.

Armando praised the Model Y’s one-pedal driving, stating how it saves his brakes and adds more range. Maintenance problems are minimal too. As for FSD, Armando noted how useful it was on longer roadtrips. The seats are super comfortable, meanwhile the white interior is easy to clean however it can wear easily.

The minimalistic interior and over-reliance on the center screen can be a bit frustrating, with some basic commands unnecessarily complex to complete. Real-world range is also quite far off the Performance’s 303-mile EPA estimate, with Armando sometimes getting 100 miles less than that.

Battery degradation has occurred; his Y now displays a max range of around 280 miles versus 303 miles when new. Armando doesn’t feel its too much of an issue and is just a byproduct of owning an EV.

The Tesla Supercharger network is great, and overall charging an EV is drastically less than running a similar ICE vehicle. Armando concluded that he does not regret buying his Model Y, and would definitely recommend others follow suit.