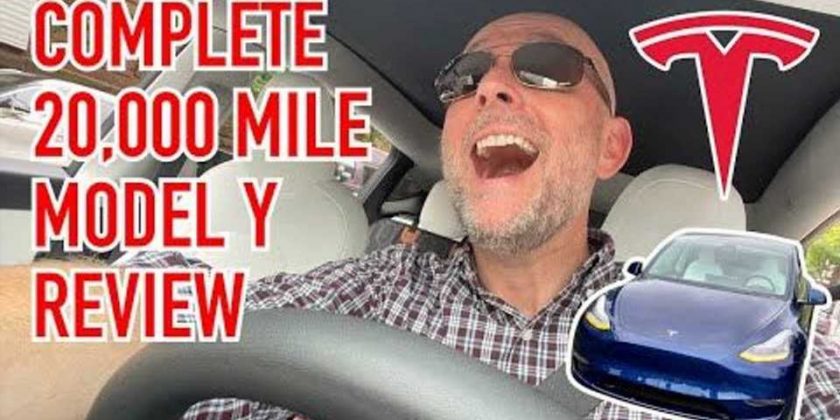 Considering a Tesla Model Y? Check out this extensive video review for all the details.

This guy (Going Electric) admits he hasn’t owned a car in almost three decades (27 years), and he’s certainly never owned an electric car. This makes him a car novice, as well as an electric car rookie. Can you even imagine not owning a car for 27 years and then taking delivery of a Tesla?

Back in October, Going Electric decided to take the plunge and get a Tesla Model Y. Since then, he’s put over 20,000 miles on it, mostly due to plenty of long and interesting road trips. After not having a car forever, it makes sense to get out and see the world.

The video begins by highlighting all of the mods on this Model Y. We’re not talking about crazy racing mods or anything super obvious, but rather, helpful upgrades and accessories, such as paint protection film, ceramic coating, enhanced door surrounds, a sun shade, a USB hub, etc.

The video goes on in a very organized fashion, taking a detailed look at the exterior and interior. Then, it gets into some of the topics folks here might find even more interesting, including service, range and efficiency, and overall likes and dislikes. The topics and timestamps are as follows:

We’ve watched and shared plenty of Tesla Model Y reviews from seasoned Tesla owners, professional car reviewers, and people comparing it to other current electric crossovers, such as the Ford Mustang Mach-E and Volkswagen ID.4. However, we have to say this is the first time we’ve watched and shared a Tesla review put together by someone with almost zero car experience, and thus, no previous Tesla ownership.

Give the video a watch before leaving a comment. Feel free to use the timestamps above to scroll to the topics that interest you most.