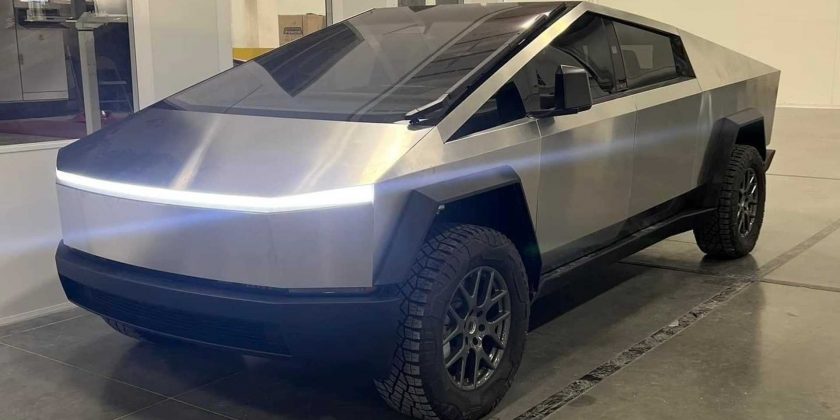 According to an exclusive report published by Teslarati, the battery packs for the upcoming Tesla Cybertruck will be produced at the company’s original factory in Fremont, California. People with information about the situation shared with the publication that Tesla will manufacture battery cells for the Cyebrtruck on a new line at the factory.

A few months back, we reported that Tesla has plans to put up a new tent on the property at Fremont, along with line upgrades, and a new battery equipment line. The information came from a filing with the City of Fremont in August, which also noted that the new battery line would be installed on the second floor of the factory. Teslarati notes that the filing listed the battery equipment project as “CTA Battery B-Build.”

While Tesla’s future plans include producing the Cybertruck at its newest factory in Austin, Texas, it’s not likely the factory’s battery lines will be ready right away. Keep in mind that the Tesla Semi, which is currently going into production for December 1 deliveries, is also supposed to be built in Texas. However, it’s currently being produced at a somewhat mysterious location in Reno, Nevada, not too far from Tesla’s original battery Gigafactory in Sparks, Nevada.

At any rate, Tesla and CEO Elon Musk have reiterated now on several occasions that the Cybertruck is coming to market around the middle of 2023. Tesla will need a stockpile of its proprietary 4680 battery cells to ensure successful Cybertruck production in large batches.

Being that Tesla may have more than a million Cybertruck reservations, it won’t be able to easily get away with making the Cybertruck in small batches like the Semi, at least not after an initial ramp-up. People have already waited many years for their Cybertruck, and waiting many more years may not be a possibility for some.

The sources told Teslarati that the new battery line in Fremont is specifically for Cybertruck battery packs. The reported plan is to take 4680 battery cells from Tesla’s pilot facility on Kato Road in Fremont and use them to assemble the modules and packs in the upcoming line at the Fremont factory. The sources did mention that Tesla could also use another type of battery cell that’s produced at its original battery Gigafactory in Nevada.

Reports suggest that the new battery line is already being built. Moreover, Tesla’s engineers are reportedly already installing and testing the automated equipment that will manufacture the upcoming Cybertruck battery packs.

The report goes on to share that Tesla will be making every effort to produce the Cybertruck battery packs quickly and in large numbers. With the promise of a mid-2023 launch of the mammoth electric pickup truck, Tesla will need all the packs it can stockpile. Sources say the automaker has some 300 “carrier” vehicles on-site at Fremont that will transport the battery cells and packs to help facilitate a successful production ramp.