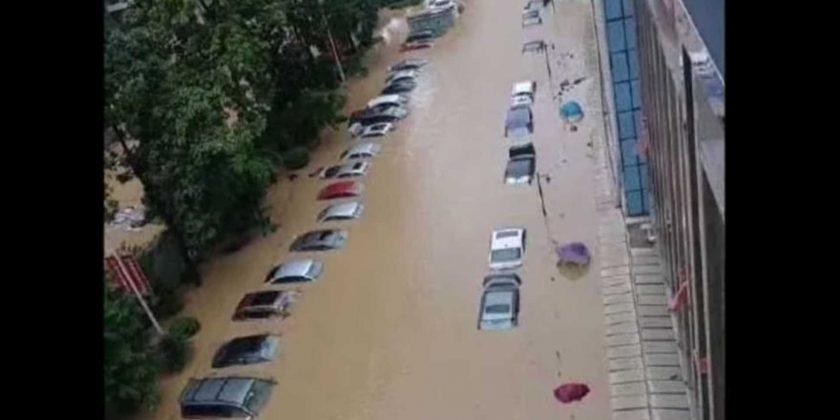 Never, ever drive your car through deep water, unless you own an EV. It’s still not a good idea, but it’s doable.

This isn’t the first time we’ve seen a Tesla practically working as a boat. CEO Elon Musk said the Model S floats well enough to act as a boat for a time. He even explained that you can propel the Tesla through the water via “wheel rotation.” However, please understand that he said this is not recommended.

EVs like Teslas use a skateboard design with a relatively flat battery pack under the car’s floor. The pack and drive units are fully enclosed in most cases, so they shouldn’t take on water. The car probably won’t sink right away, at least until it fills up with water. Thus, most of its moving parts will continue working. We know this is not the case with most gas-powered cars.

We’ve shared several images and social media videos of Teslas tackling deep water, floating, swimming, and even acting as boats. These most recent videos come out of China, which has been having flood problems this summer. Heavy rain is causing some of the worst flooding in the country in over 20 years.

So, it doesn’t ‘t appear that this Tesla Model 3 is actually floating, but there’s no doubt it’s driving in very deep water. It appears to be just fine, but who knows if it will have any lasting damage.

According to Teslarati, Tesla may have worked to assure that its China-made Model 3 sedans would have some extra protection from the flood conditions. An early sighting from Gigafactory 3 in Shanghai revealed Tesla actively testing the car in a flooded area on site. Perhaps these flood tests are typical for Tesla? Let us know if you have any more insight.