Matt Field reminds us that drifting can be both big and clever. Drone pilot does his bit, too 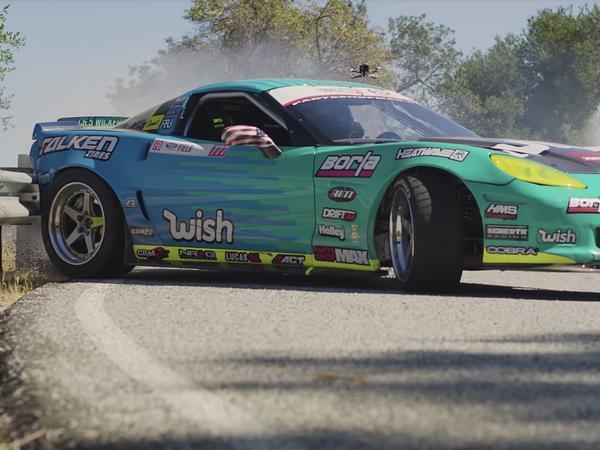 If you now approach drift videos with a jaded sense of resignation, then we understand. The internet is chocker block brimmed with them, after all, and many if not most of the glossy ones are the end result of some bright spark’s marketing strategy. As a result, they do all tend to follow a certain format – and as Matt Bird has been heard to say in the office, skidding a purpose-built drift car around an empty airfield is about as difficult as putting on a hat.

But occasionally one does bubble to the surface which is worthy of drawing your attention to. Exhibit A, the Super Vision video below. Alright, it’s partly a celebration of the filming technique (kudos, Mr drone pilot) but it’s also got Formula D star Matt Field in it. And his 1,000hp Chevrolet Corvette.

Plus – and this is the kicker – it’s got the kind of slender, crash-barriered hillside road in it that you or I would descend at a snail’s pace for fear of meeting a hedge-trimming tractor coming the other way. Field obviously doesn’t have to worry about that – but he does have the limit of the tarmac to concern himself with. And he does that frequently.

The paint-chaffing liberties taken in a few of the corners must be seen to be believed; ditto the car control required to make the footage both spectacular, fast and ultimately non-verge finding. So prep the coffee pot and the bewildered head shakes, and start Friday the right way…