Welcome to Critic’s Notebook, a quick car review consisting of impressions and marginalia regarding whatever The Drive writers happen to be driving. Today’s edition: the 2018 BMW M5. 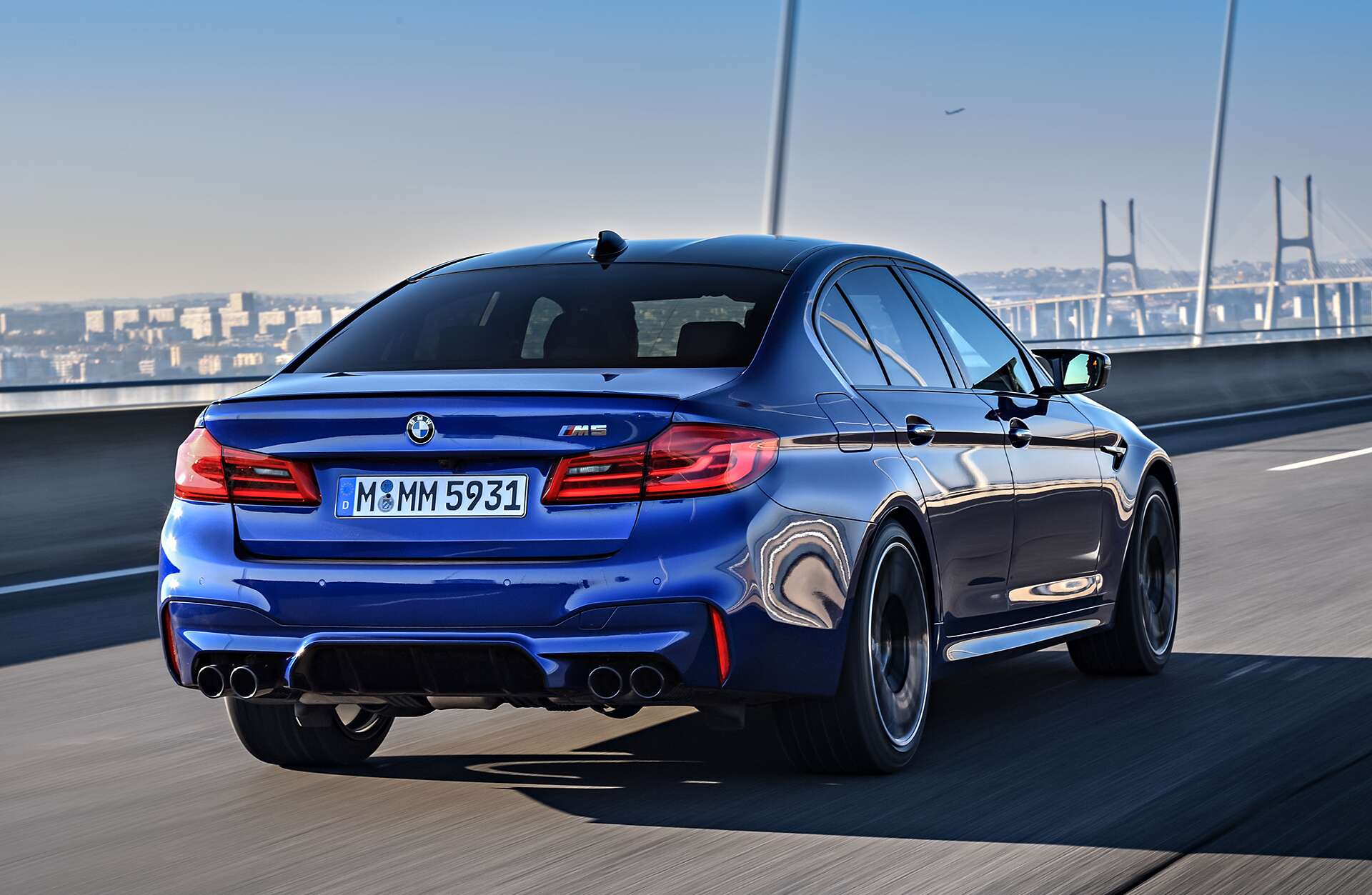 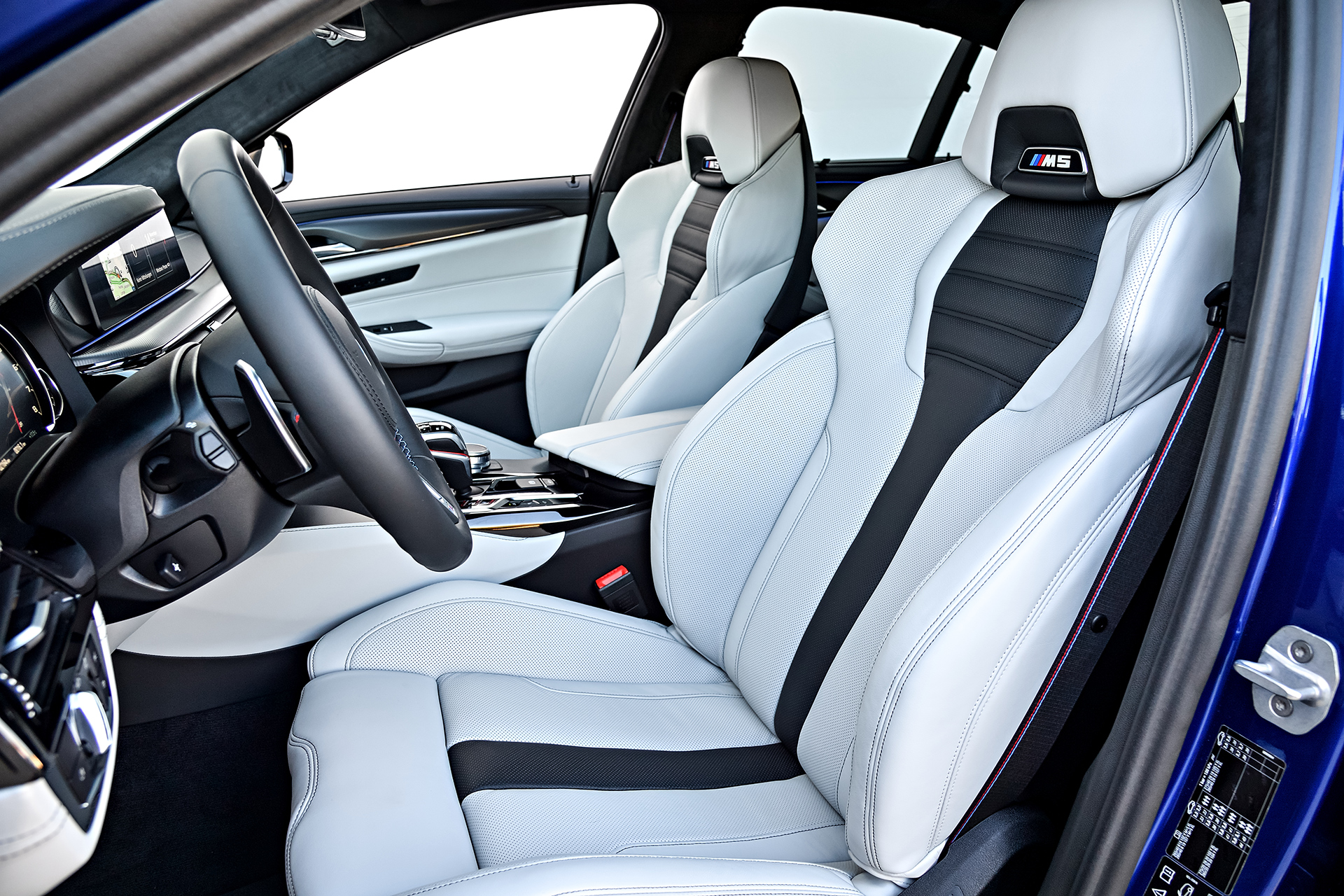 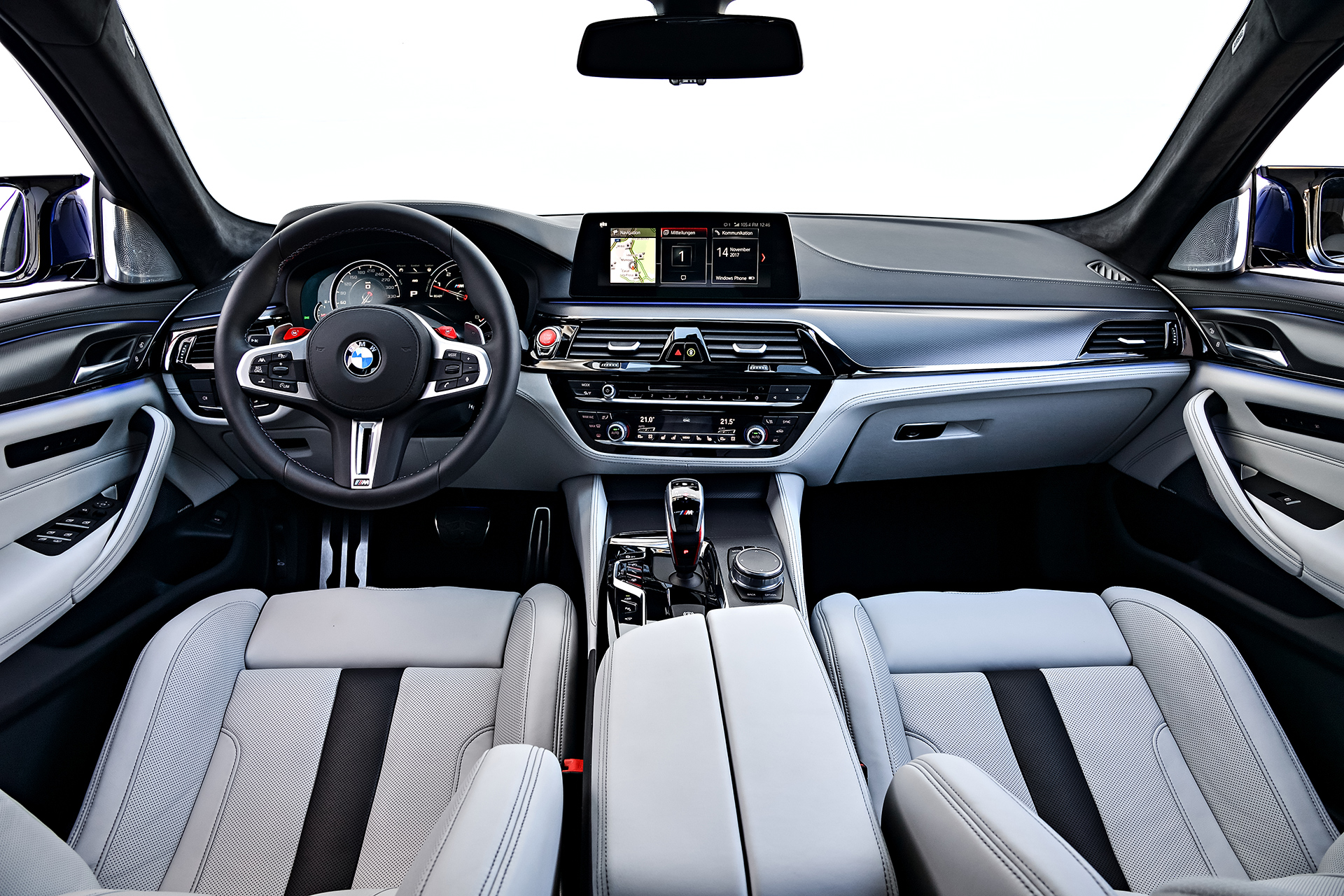 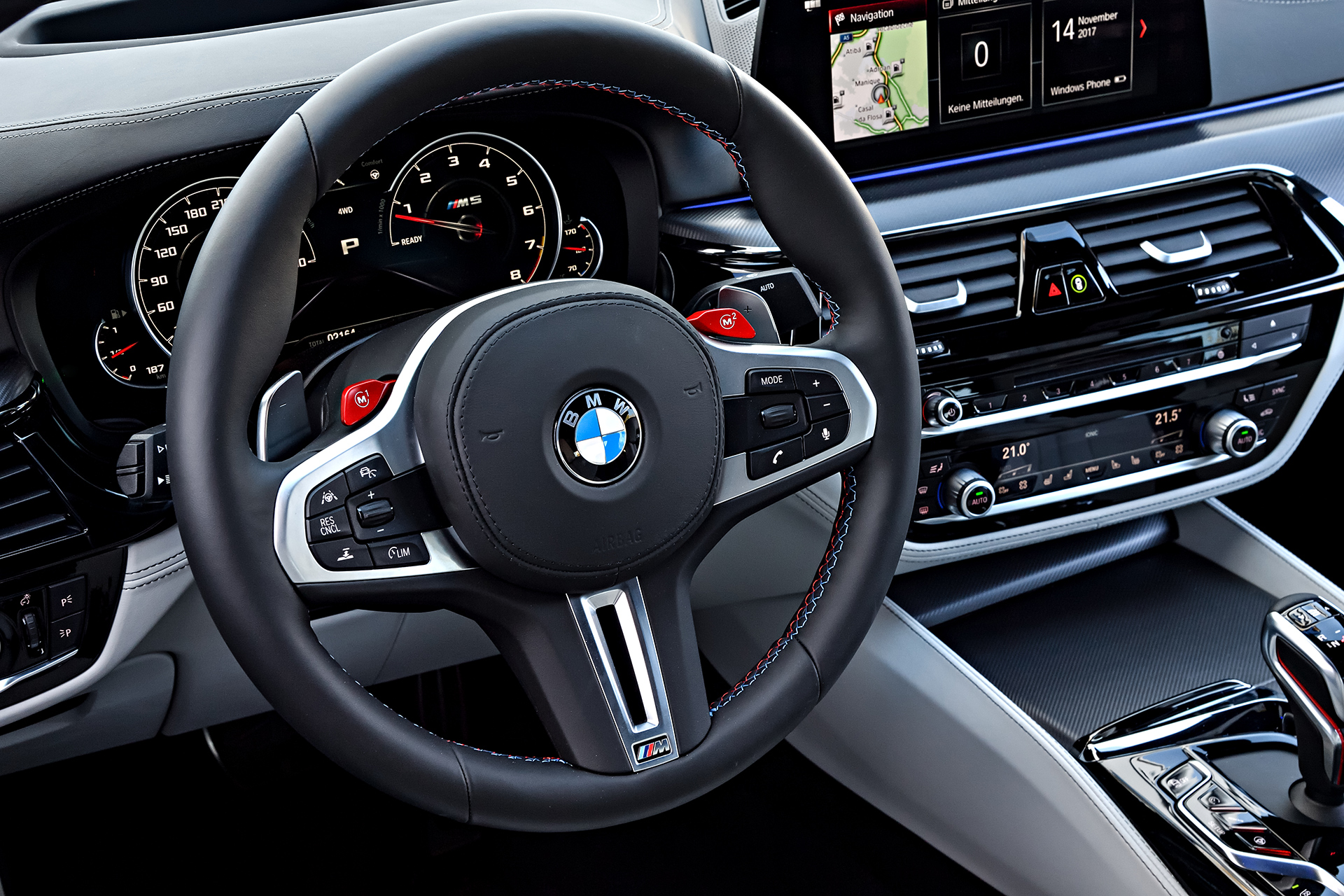 Chief auto critic Lawrence Ulrich also spent some time with the new M5 here in the New York area, including a stint on-track at Monticello Motor Club. His thoughts: 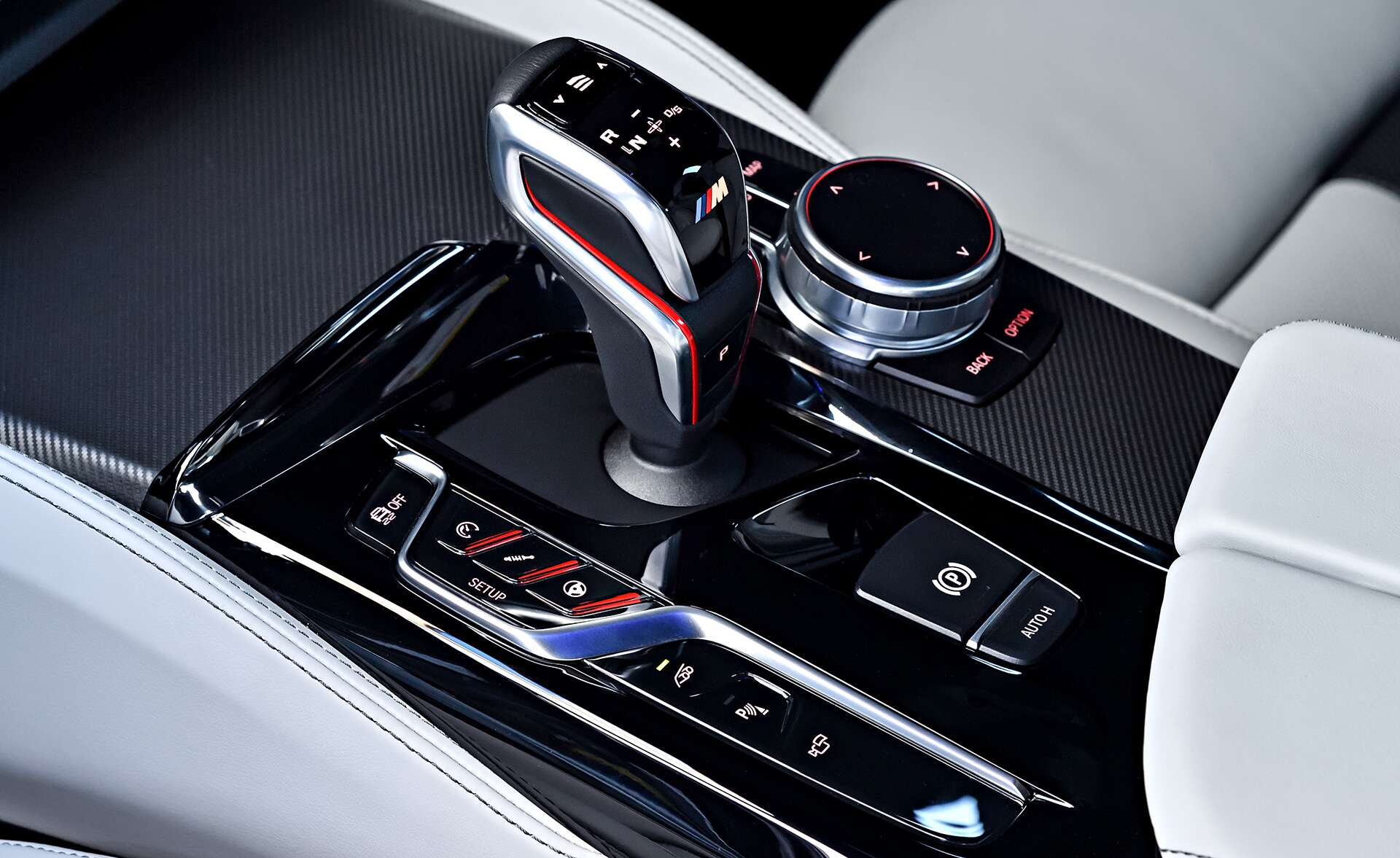 Trying to suss out the M5’s value depends largely on how your view it. Look at it as a replacement for both a large, all-weather luxury sedan like a 540i xDrive and
an entry-level supercar like the McLaren 570S or Audi R8, and even the almost-$130,000 as-tested price of this blue beauty seems like the sort of bargain Roger Daltrey would sing about. Stack it up against the likes of a Porsche Panamera Turbo, which runs a tick or two behind the M5 in most quantitative metrics in spite of a base price $47,000 higher, and it still seems quite the deal.

But viewed as a way to extract both as much driving pleasure and usability from a single vehicle as possible, the M5’s bright status seems to dim a tad. After all, if that’s the aim—and that would seem to be the aim of the category, no?—an E63 wagon orPanamera Turbo Sport Turismo offer even more usability, with cargo bays that rival a C-130’s by comparison. Alternately, the role of one-car-for-all-tasks might be better performed by—dare I say it—a high-performance crossover, such as the Alfa Romeo Stelvio Quadrifoglio or Porsche Cayenne Turbo. BMW’s own X5 M may not be able to snap from naught to 60 quite as fast or corner quite as well, but it can fit 17 more cubic feet of whatever behind the second row than this M5—and it’s better suited to the bashed-up streets of New York than this high-strung sedan. 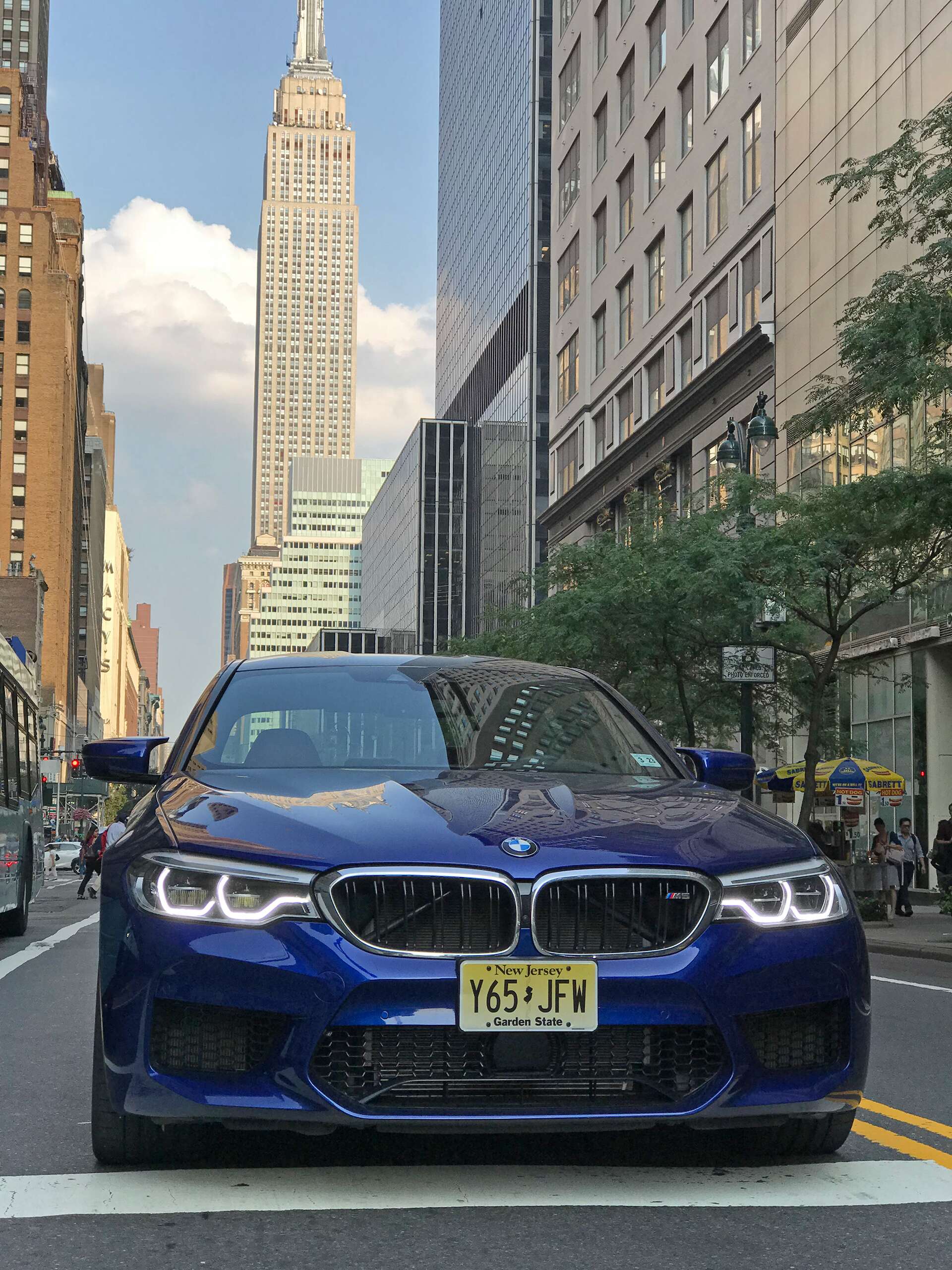 Every sport sedan is defined by its dualities to some degree, but the best ones manage to seamlessly blend their luxury and performance sides together. In the case of the F90-generation M5, however the two personalities of the car almost seem to be dueling, like Two-Face and Harvey Dent. Half the car wants to be a supercar, the other half wants to be a limousine, and both facets are too stubborn to compromise—when that’s exactly what a great sport sedan needs to be about.

It would be less of an issue if it was far and above better than everything else in one category or another, but the segment is packed with capable contenders. Explosively quick as the M5 is off the line, Tesla’s Model S P100D does straight-line speed better. The CTS-V doesn’t put the power down as well thanks to its rear-wheel-drive layout, and it’s far less appealing inside—but it’s far more fun to drive, with lively, natural steering and suspension. And it’s the M5’s arch-rival, the AMG E63, that seems to best represent a modern interpretation of the do-it-all-smoothly-and-well ethos of the E39 M5 that defined the speedy four-door concept for a generation. The M5 is a technical marvel, but compared to some of its ancestors and competitors, it just feels a little Janus-faced. 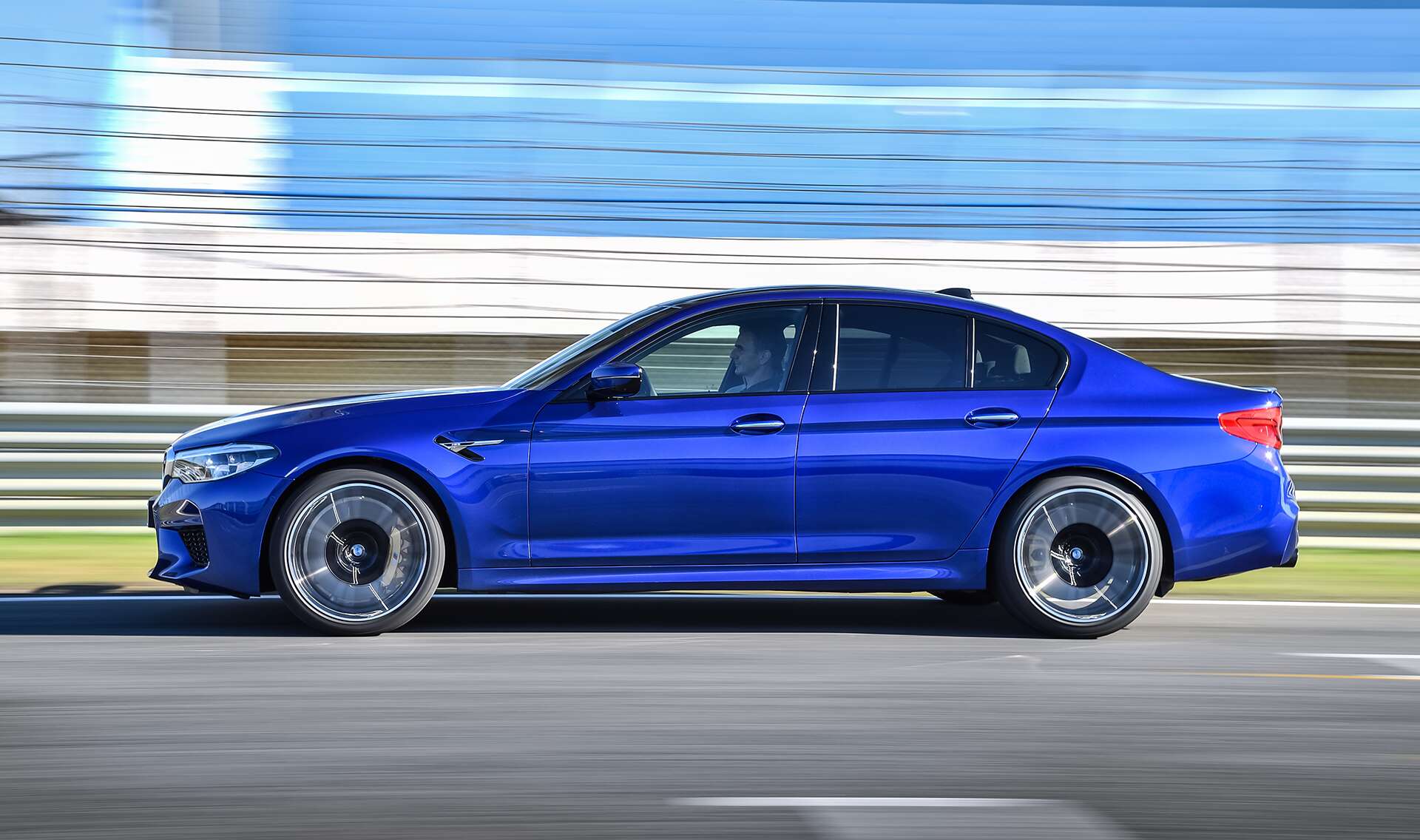