It’s just about time for the big-selling Ford Escape small crossover to undergo its second total redesign since the nameplate was introduced in 2000. The first-generation model was heavily freshened for 2008, but that Escape would use the same platform until the current version—a twin to the European Kuga—arrived for 2013 with sleeker style, more technology, and far better road manners.

Escape sales fell 11.7 percent in calendar year 2018, however, even as the compact two-row crossover SUV segment continues to be scorching hot. The explanation? There are a lot newer and more compelling entries right now, and buyers jumping from midsize sedans to CUVs have opted to skip a six-year-old model that was last refreshed in 2016 in favor of stuff like the new Toyota RAV4, which last year became the bestselling U.S. vehicle that wasn’t pickup truck. 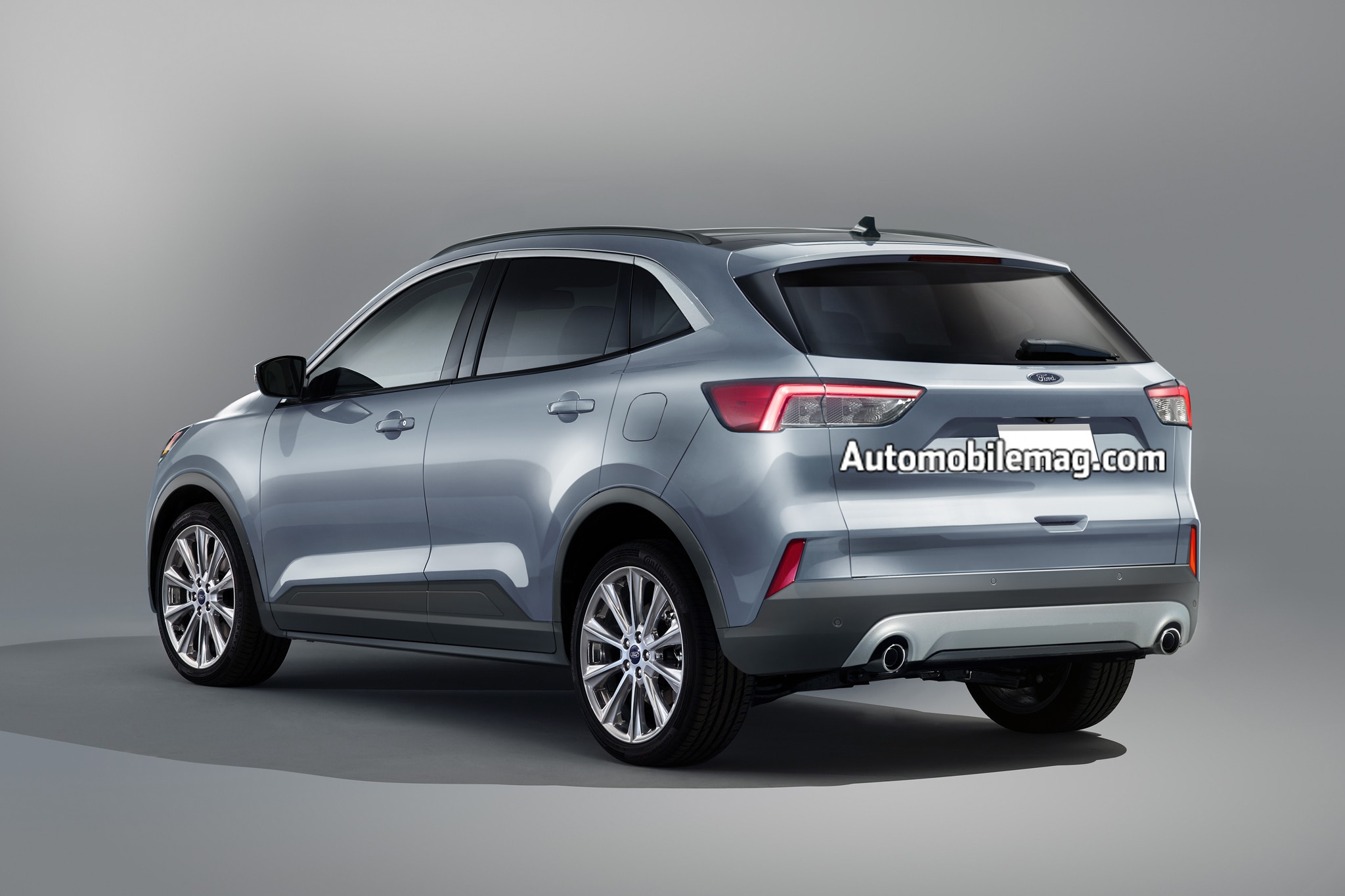 So the all-new 2020 Ford Escape won’t arrive a model year too soon. Pictured here in artist’s illustrations, look for the new model to debut this spring and to carry over the outgoing Escape’s new-for-2017 179-hp 1.5-liter and 245-hp 2.0-liter EcoBoost turbo four-cylinders. Ford will add hybrid and plug-in-hybrid powertrains to the menu—perhaps with a belt-driven alternator system to increase efficiency even further—although they may initially not be available when sales start later this year. With the new Focus ST (as well as its non-performance siblings) not being offered in the U.S., it’s possible Ford will launch an Escape ST to sit alongside the Edge ST and the Explorer ST in showrooms, although we’re not holding our breath.

The Escape will ride on the same platform underneath that all-new Focus and will once again be offered with front- or all-wheel drive. The same is true of Lincoln’s next compact SUV, which is being renamed from MKC to Corsair, a badge last used in the U.S. market by Ford’s Edsel division in the late 1950s. The Lincoln Corsair is also expected by the 2020 model year.