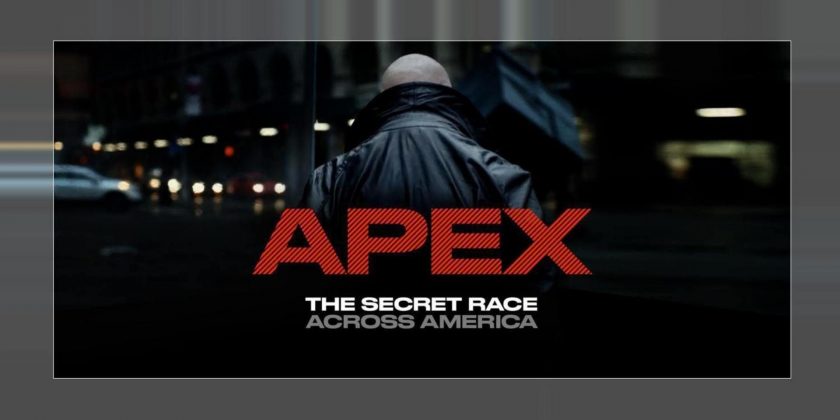 “This is a story about people who race from one side of America to the other as fast as they can,” narrates rapper Ice-T in the first trailer for APEX: The Secret Race Across America, an upcoming documentary aiming to detail the history of the Cannonball Run street race. And based on Ice-T’s cadence alone, we’re hooked.

APEX: The Secret Race Across America is the latest from director J.F. Musial, the filmmaker behind the brilliant APEX: The Story of the Hypercar film. His latest endeavor looks just as good with the film’s release stating, “APEX [The Secret Race Across America] tells the true story of what happened after the Cannonball Run ended in 1979, the rise of the U.S. Express, and the seemingly unbreakable NY to LA 32 hour record set in 1983, when FBI scrutiny forced an end to the secretive races. Or did it? Decades later, two men get in a car and attempt to break the unbreakable record.”

The documentary had help from a few of The Drive’s own staff, including Editor-at-Large Alex Roy, who is the partial subject of the film. Roy, along with comrade Dave Maher, partook in the street race in 2007 and beat the long-standing record with a time of 31 hours and 4 minutes in Roy’s now-infamous E39 BMW M5. But given the secrecy and illegality of the race, the film hopes to shatter “the myths surrounding the transcontinental records” and will also show “never-before-seen footage from the Cannonball, U.S. Express, and modern runs,” which include scenes from Roy’s own run, Ed Bolian’s, and a number of others who’ve participated in the underground competition.

The Drive’s Chief Content Officer Mike Spinelli also had a hand in the film, writing the narration. When we talked with Spinelli after the trailer dropped, he not only told us that the film is “A bit of a double time capsule because it takes place 36 years ago and also 13 years ago,” but also told us about his process of writing the narration for legendary rapper Ice-T.

“When I found out Ice-T had agreed to do the narration, I watched Law and Order: SVU every day for a month, because it’s on like 20 hours a day,” says Spinelli, adding, “And I went back and listened to all the old Ice and Bodybag albums over and over to try and get his natural flow down. There were so many narrative points to hit and so I had to come up with a way to say simple things like Ice-T would say them. [Ice-T] came in and knocked the whole thing out in like 45 minutes.”

APEX: The Secret Race Across America will debut on Sunday, October 20th on NBCSN at 9:30 p.m EST, but will become available on iTunes shortly thereafter. We can’t wait to sit down, grab a bowl of popcorn, and have our jaws permanently welded to the floor.

Disclosure: Alex Roy remains an Editor-at-Large at The Drive, while Chief Content Officer Mike Spinelli also briefly appears in APEX: The Secret Race Across America. The Drive holds no stake, financial or otherwise, in the success of this film.